Review on the Hamburger Awarded the Tokushima Hamburger Prize 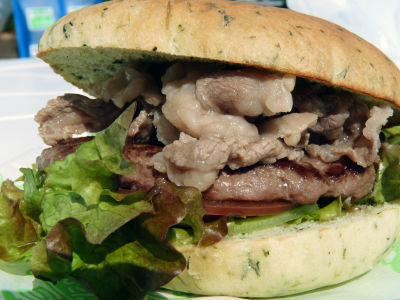 It's hard to tell what defines the hamburger. There are so many different "Hamburgers" out there and Tokushima Burger is one of these varieties. Only hamburgers which meet certain standard will be designated as Tokushima Burger by Tokushima Chamber of Commerce.

At Machi★Asobi Festival held in Tokushima city, there were many food stalls. One of them had Tokushima Burger so we bought one and reviewed it.

Read on for review. 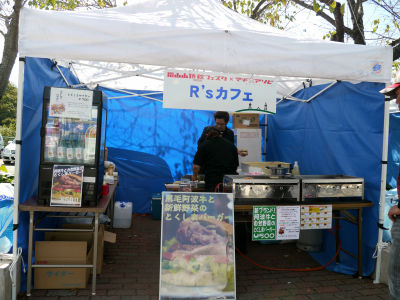 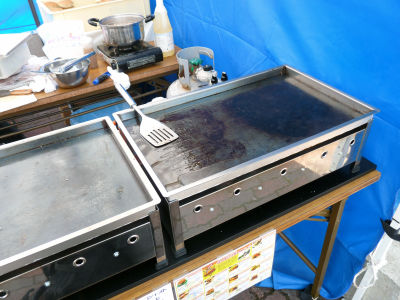 They had several kind of toppings at their shop. They brought "Kuroge Awa Gyu and Shinsen Yasai no Tokushima Burger(Black-haired Awa Beef and Fresh Vegetable)" to the site. 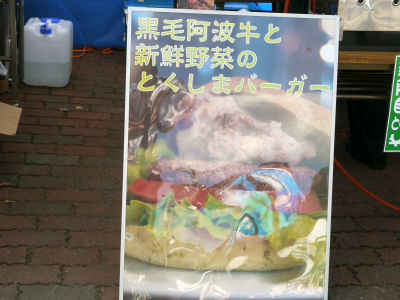 Tokushima Burger is served in several other shops in Tokushima. It's also interesting to compare them. Let's see how they make Tokushima Burger. First, they cut bagel-like bread in half. 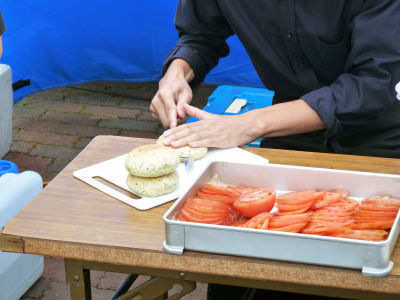 And bake them on the grill. 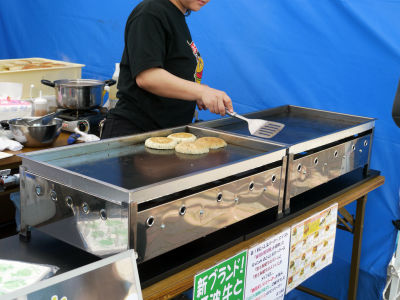 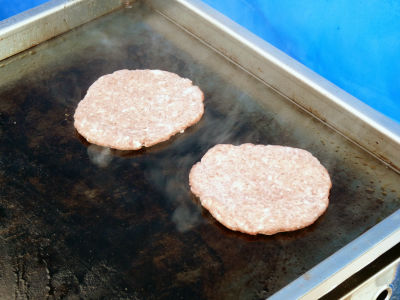 And they are not the only meat for the hamburger. 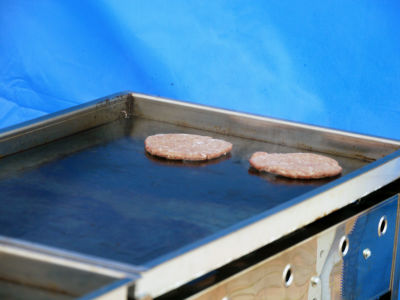 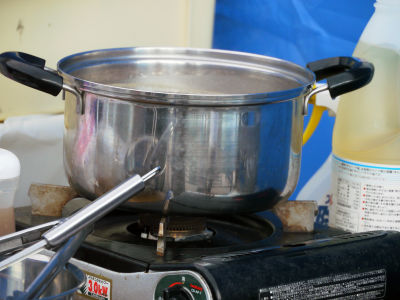 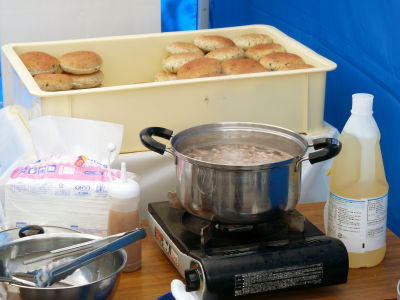 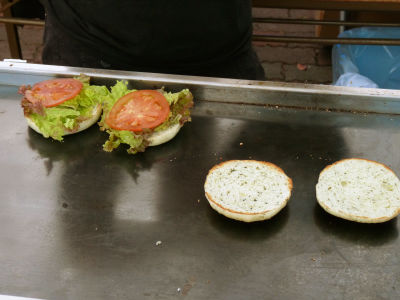 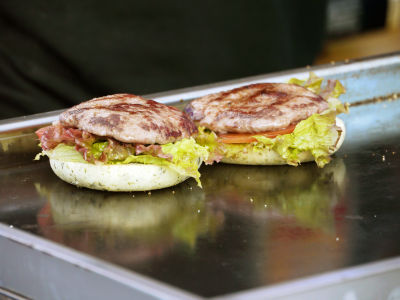 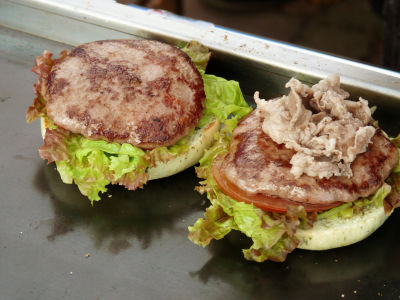 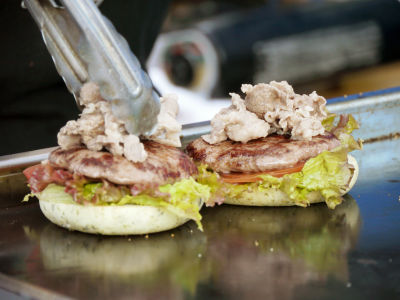 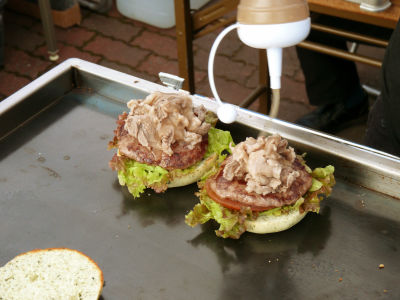 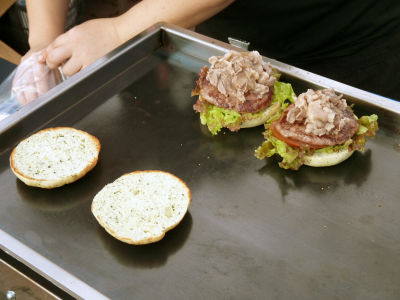 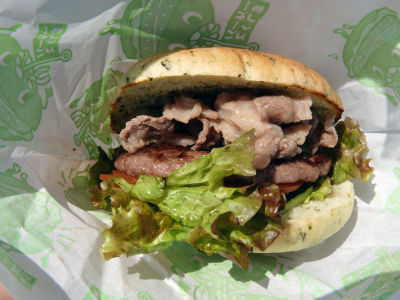 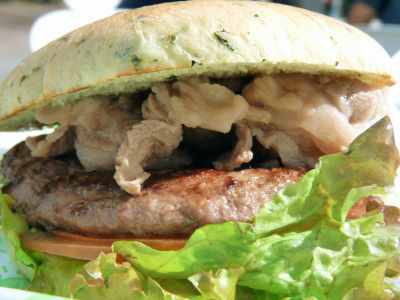 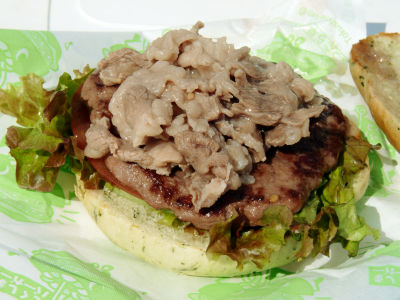 Tokushima Cider, made from groundwater of Katsuura River. Sold at 300 JPY(about $3) 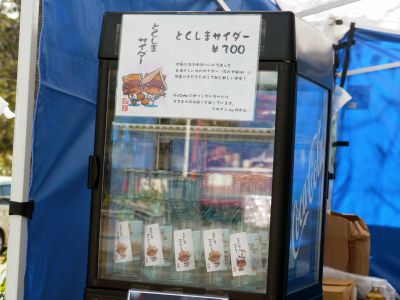 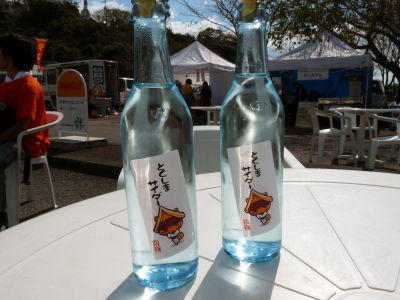 Sudachi was used for flavorings. 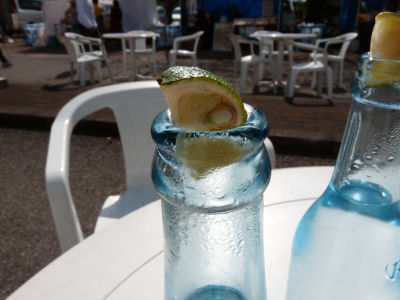 The drops from sudachi really made us chill. 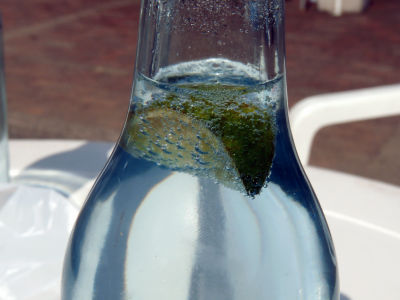