The longest-standing public transport timetable in Japan "JTB Timetable", published by leading Japanese travel agency JTB every month since 1925, is to reach its 1,000th by May 2009 issue.

The April issue is out now, and since it marks the 999th number, the cover features a special illustration of Galaxy Express 999 by Leiji Matsumoto known for Space Battleship Yamato and the famous Daft Punk video.

Read on for details and pics.
Already celebrating its coming 1000th issue. 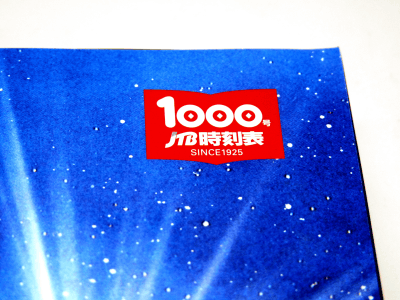 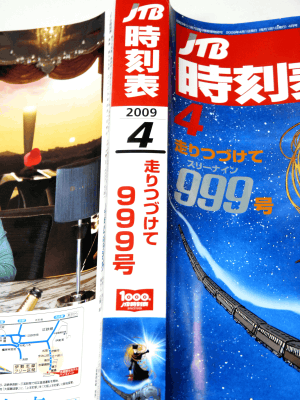 Maetel and the 999. Can you spot Tetsuro? 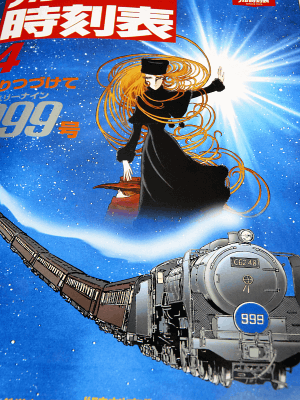 There's an interview of Leiji Matsumoto inside. He's got a thing for steam locomotives. The 1000th issue will come out on April 20th, with special "1000 Thanks!" features, including a photography contest and giveaways.