NVIDIA, a major semiconductor manufacturer and also focusing on AI development, has announced AI ` ` Magic3D '' that generates 3D models based on input text. The 3D model generated by Magic3D boasts eight times the resolution of '

DreamFusion ' announced by Google Research, and takes about half the time to generate.

Magic3D is an AI that generates high-resolution 3D models based on input text (prompts), similar to various image generation AIs. When you enter the prompt 'A blue poison-dart frog sitting on a water lily.', a 3D model of a poisonous blue frog sitting on a leaf is generated. will be 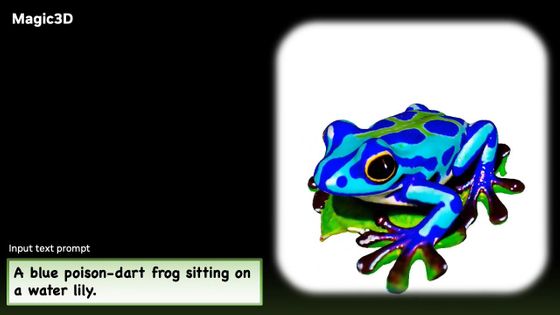 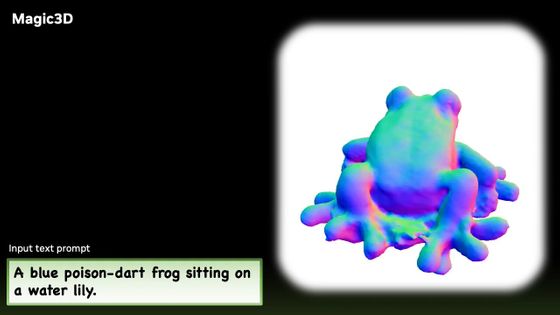 It is like this when it is 'A silver platter piled high with fruits.' 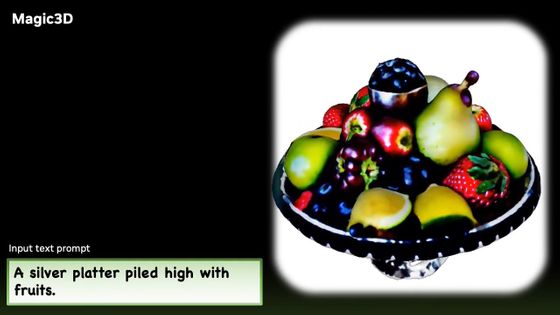 In addition, it seems that you can generate 3D models based on various texts. 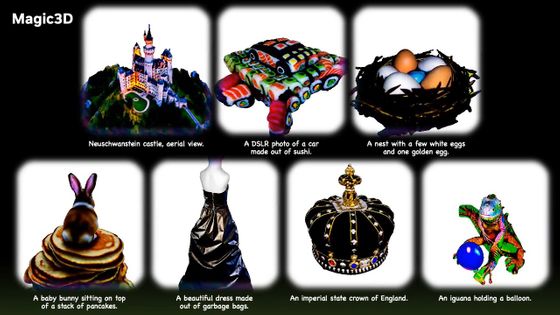 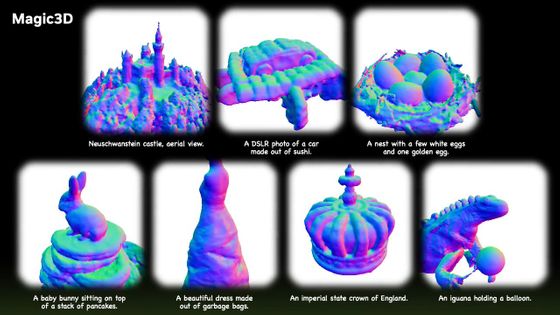 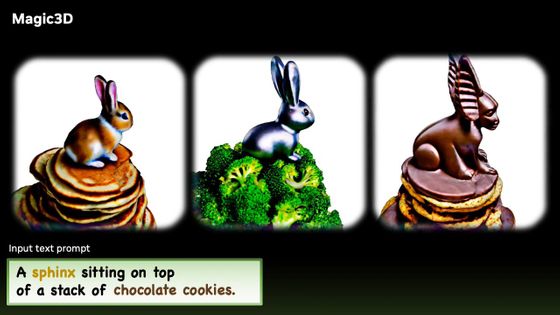 By entering a reference image, it is also possible to imitate the style of the image and generate a 3D model. 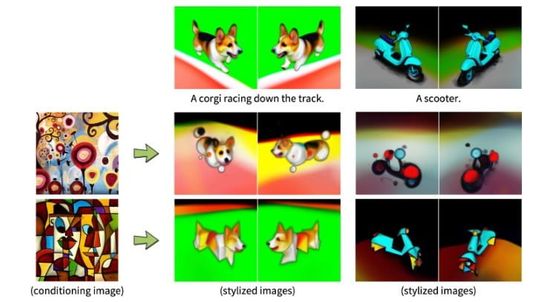 Magic3D employs a two-step process to generate 3D models. First, based on the input text, a 2D image is generated using ' 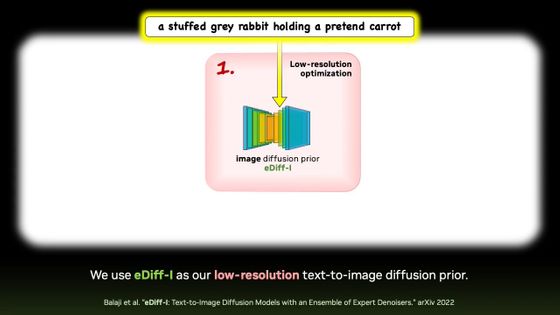 Instant-NGP is used to generate a low-resolution 3D model from the 2D image. 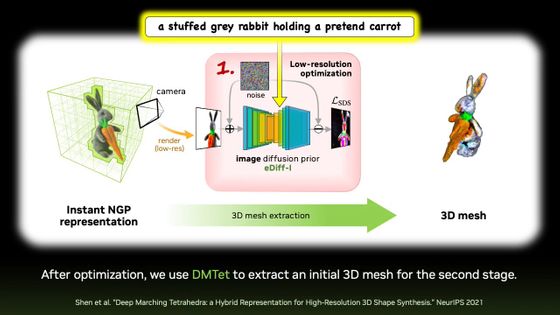 DMTet AI , which synthesizes a high-resolution 3D model from a coarse 3D mesh. The DMTet used by Magic3D is optimized for this purpose. 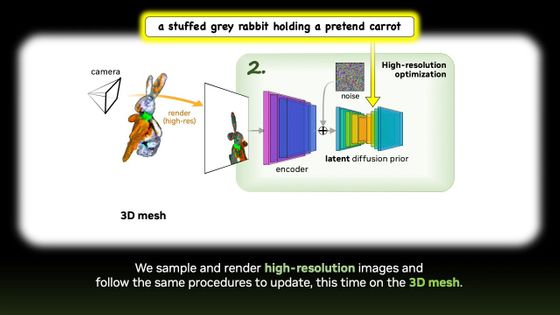 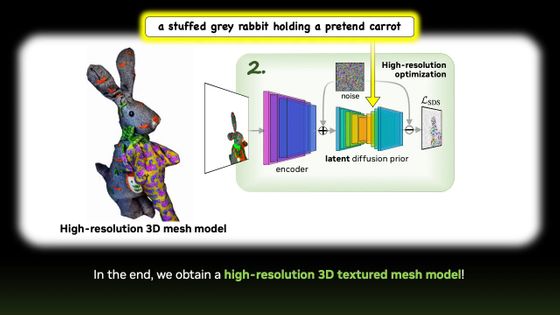 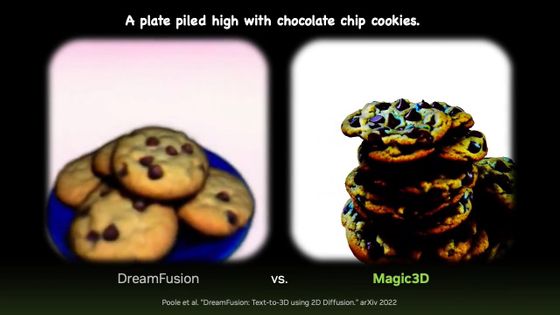 A comparison of the 3D models generated by DreamFusion and Magic3D with the text 'Michelangelo style statue of an astronaut.' on the left and 'A ceramic lion.' on the right. . Certainly Magic3D can generate higher resolution 3D models. According to NVIDIA, Magic3D can generate 3D models with eight times higher resolution than DreamFusion, and DreamFusion takes an average of 1 hour and 30 minutes to generate, while Magic3D averages about 40 minutes. 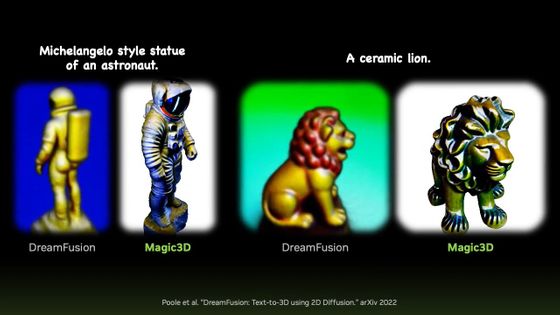 NVIDIA's research team hopes that anyone will be able to create 3D models without special training. As Magic3D becomes more sophisticated, it could speed up the development of games and VR content, and eventually find its way into film and television special effects. In the paper, the research team said, ``We hope that Magic3D will be able to popularize 3D model synthesis and unleash everyone's creativity in 3D content production.''