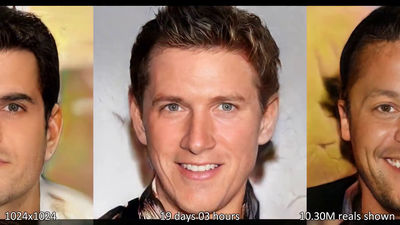 often the case that something like DeepDream that has a 'unique atmosphere that is somewhat different from the actual photo' is generated. Therefore, NVIDIA's research group is automatically generating images using the AI algorithm ' GANs ' used in 'unsupervised learning ', which is one of the machine learning methods, and it is indistinguishable from real photographs. It shows that high quality images can be generated.

NVIDIA researchers are developing a generator that can automatically generate celebrity-like photos by learning a large number of celebrity photos using 'GANs'. Since both the generator and discriminator developed in the experiment are gradually grown, it is possible to generate more detailed images with higher resolution as the training progresses, instead of generating only low resolution images at the beginning. It was designed in.

Images are being generated in finer and higher resolution on layers, and as training stabilizes, it seems that it has become possible to generate images of unprecedented level of quality. The resolution of the finally generated image is 1024 x 1024.

The image below is a GIF image that allows you to see the changes in the three indicators of resolution, learning time, and the number of celebrity photos used for learning, and the changes in celebrity-like photos generated by AI. I can't help but wonder, 'Is this a photo of a real celebrity?', But these are all 'celebrity-like photos' generated by AI, not photos of real people.

You can see a movie that shows in more detail how automatic generation evolves using GANs from the following. 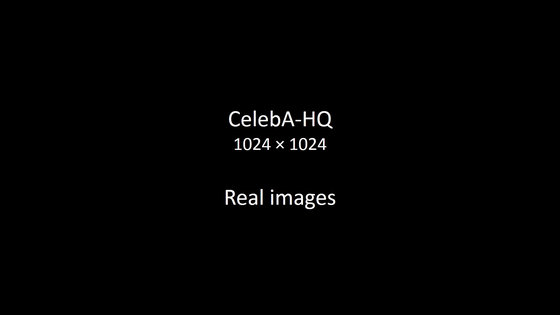 Next, the 'celebrity-like photo' automatically generated by AI will be displayed. 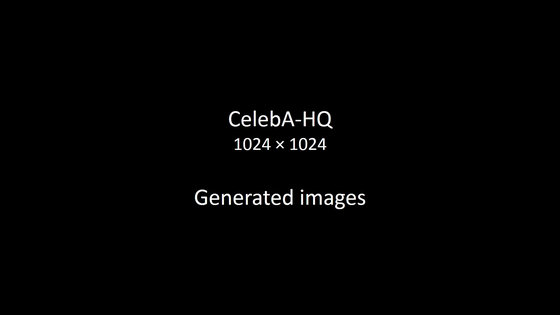 At first, photos at a level that seems to be only real photos are displayed in succession ... 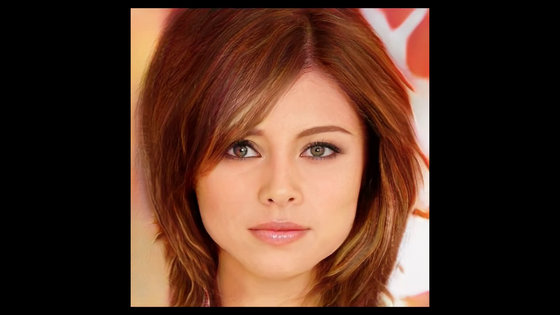 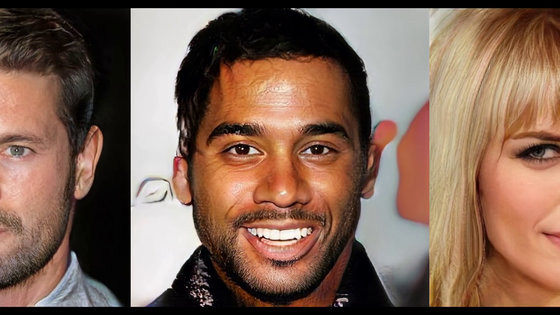 Next, we will trace how the image output by AI changes. 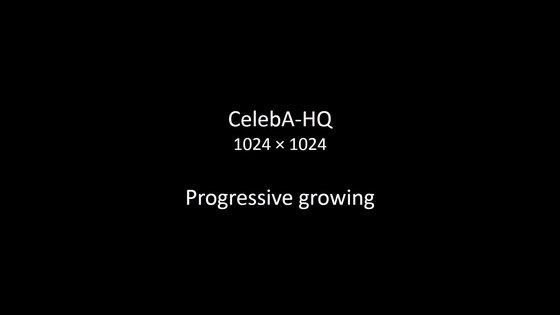 The resolution of the photo output by AI is displayed at the bottom left of the screen. Start from 8x8 at first. 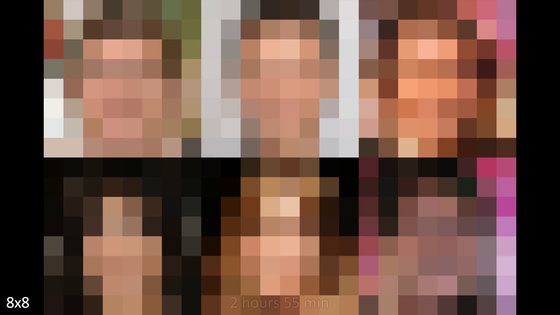 The resolution evolved to 16x16 after about 7 hours of learning. Along with that, you will be able to understand that the output photo is like the outline of a person. 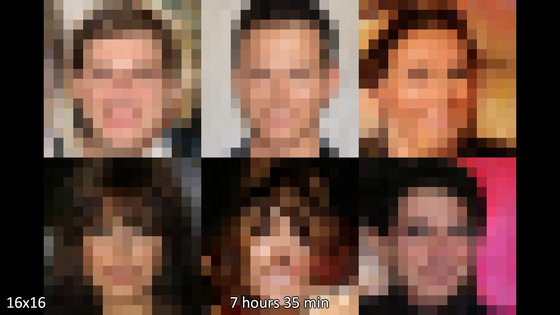 After about 20 hours of learning, the resolution became 64x64. The number of photos used for learning so far is 4.24 million. When it becomes 128 x 128, the facial parts can be clearly distinguished. It will be 1024 x 1024 in about 10 days. At this point, it seems difficult to judge whether a high-quality photo is a real photo or an AI output. In addition, it seems that he is also proposing a method to increase the variation of the generated image with a simple method, and although the base is certainly the same face, it can be seen that small parts are changed without discomfort. 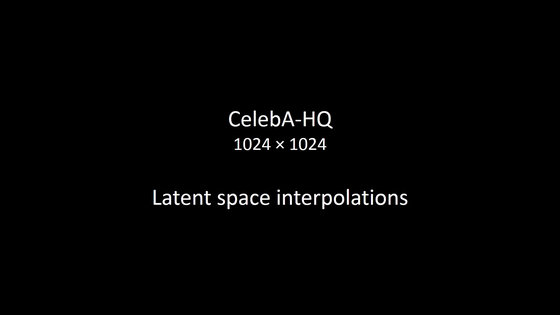 This is the generated photo ... 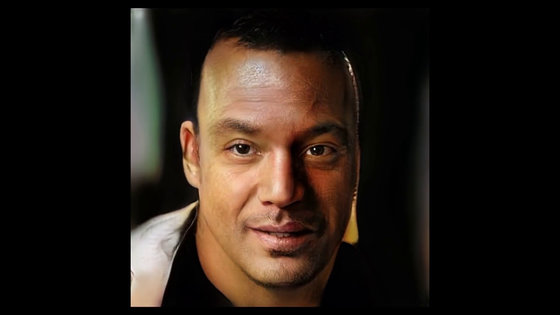 It transforms without any discomfort. 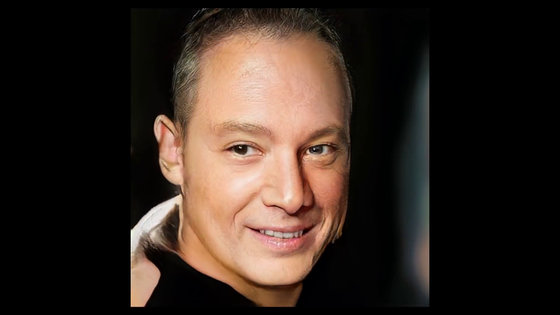 Hair grows and becomes a woman ... 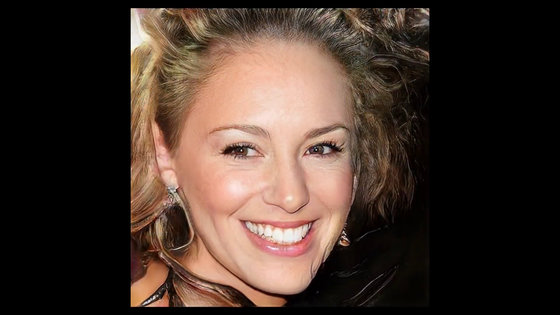 Transform into a calm image by pulling down your hair. 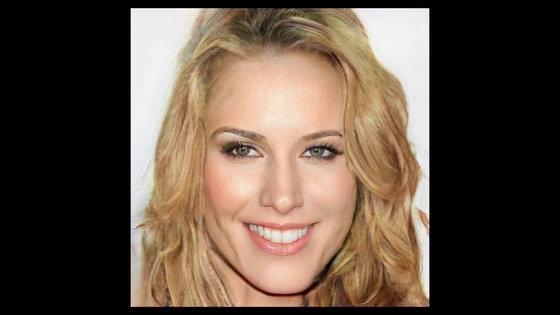 In addition, it transforms into dark makeup ... 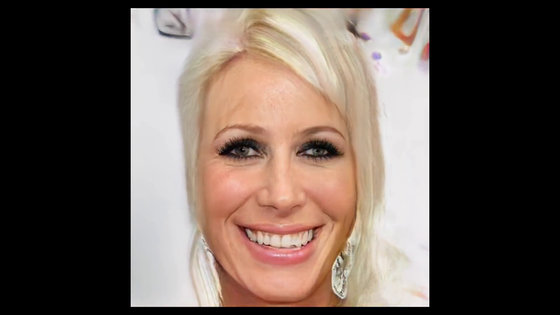 You can see how the hair is stretched and changed to a different angle photo, and so on. 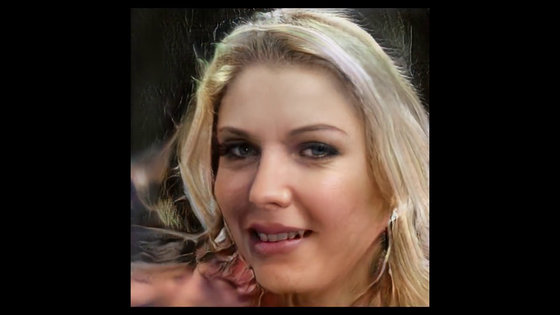 Looking at the flow of change with a GIF image, it looks like this.

In addition to 'celebrity-like photos,' we are also taking on the challenge of automatically generating various photos such as airplanes, bicycles, boats, birds, and bridges. In some cases, you can generate a photo according to the theme, and in the fourth column from the left, a cat photo should be generated, but a decent cat-like photo is the second one from the top. In some cases, it's just that. You can see that these photos are naturally transformed into other photos. However, it doesn't seem to be as accurate as 'celebrity-like photos', and it seems that some photos may be generated that you don't know what the photo is.