Graph explaining the effect of ``social recession'' in which human relationships are diluted on social activities, friendship, sex, etc. 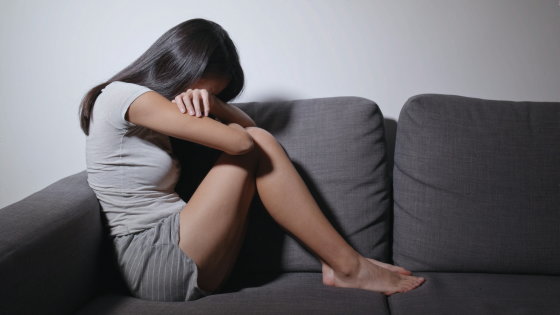 In recent years, the development of the Internet has made it possible to connect with others anytime, anywhere, but topics such as the decrease in friends and social isolation are frequently discussed. This weakening of human relationships is also called 'Social Recession', and writer Anton Stjepan Cebalo uses various graphs to explain the impact of social recessions. I'm putting together.

The Social Recession: By the Numbers

It is often pointed out that 'modern people are lonely', even though the means of connecting with others have increased more than before due to the development of the Internet. It is important to analyze the social recession from various points of view because being lonely has a big negative effect on the mind and body .

In fact, the ``areas where the impact of the social recession has been highlighted'' exemplified by Mr. Cebalo are as follows.

◆ Participation in social activities
The book ' Lonely Bowling ' published in 2000 by Robert Putnam , a well-known political scientist, shows that since the 1950s in the United States, the number of participants in religious, volunteer, sports, and hobby clubs has decreased, and communities have become less active. I have shown quantitatively that it has declined. However, at the time of writing the article, more than 20 years have already passed since publication, and Cebalo points out that it may be somewhat outdated.

For example, here is a graph released in 2021 by the research company Gallup on the ``number of church members'' that Mr. Putnam also mentions in his book. At the time 'Bowling Alone' was published, 70% of American adults belonged to some kind of Christian church, synagogue , or mosque , but in 2020 it was 47%, a majority. 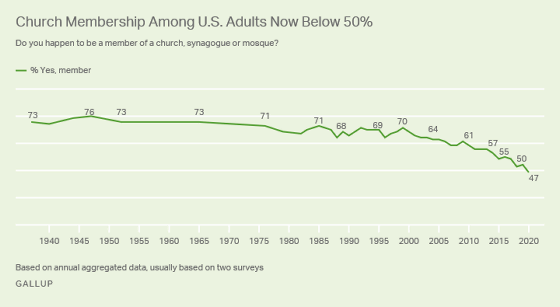 As of the year 2000, the percentage of people who use the Internet on a daily basis and the amount of time they use it are significantly lower than today, and the modern age with the spread of the Internet shows a different aspect. A

survey also reported that Americans spend more than seven hours a day on Internet-connected activities on average, with 31% responding that they are 'almost always online'. From these points, it can be seen that the relationship between people is completely different from the era when Mr. Putnam conducted research.

◆Friendship
One of the indicators to watch in a social recession is 'friendship'. ``The circle of friends has declined rapidly over the past decades, and more and more people have no friends at all,'' Cebalo said. For example, according to the Survey Center on American Life, 12% of Americans said they had no close friends at all, four times as many as in 1990.

In addition, a survey investigating 'whether you are satisfied with the number of friends' shows that the more friends you have, the higher your satisfaction.

In a 2019 survey of millennials born in the 1980s to mid-1990s, 22% of respondents said they had no friends, and 22% said they had no best friends. has risen to 30%. This study was conducted before the COVID-19 pandemic, so it may have been even worse post-pandemic.

◆ Milestone of life
It has also been pointed out that people born after the 1990s experience various life milestones later. Below is an easy-to-understand graph of the results of a 2017 study that analyzed the activities of American youth from 1976 to 2016. It shows the percentage of young people in the third year of high school who have experienced a specific event, and from the left is ``getting a driver's license'', ``drinking'', ``going on a date'', ``working and getting paid''. It can be seen that the percentage of young people who have experienced both events has decreased significantly in 2014 compared to those in 1994.

Looking at the graph on ``Frequency of junior high school and high school students going out without parents' accompaniment'' introduced in the same paper, the frequency of going out alone is high for all eighth graders, first graders, and third graders. It can be seen that it is decreasing. 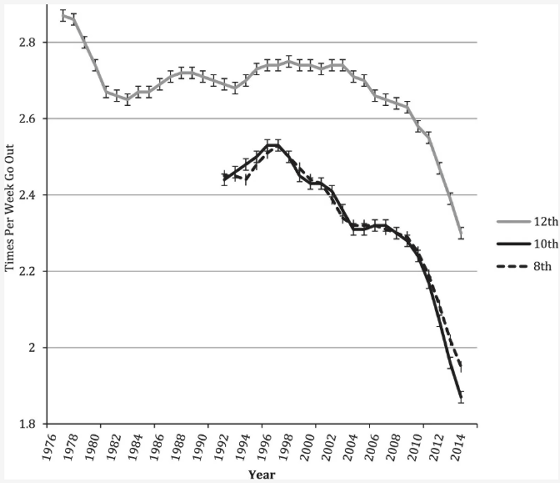 Also, according to a

comprehensive social survey conducted by the University of Chicago, the percentage of people under the age of 30 who answered that they have not had a sexual partner after the age of 18 is on the rise for both men and women. 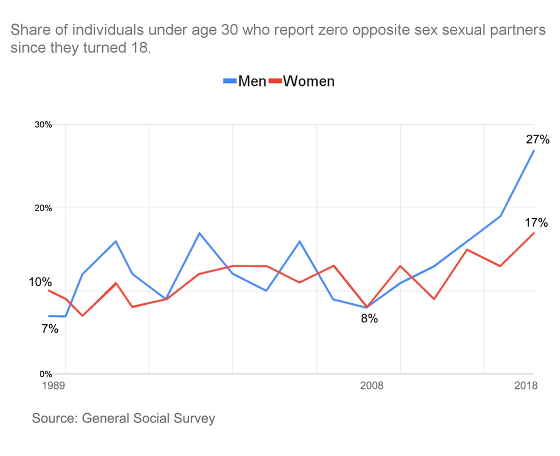 The trends discussed above cannot necessarily be concluded as 'bad', but as you can see from the graph below showing the depression rate by age group, ◆Trust
Cebalo believes that 'trust' is an important building block of all sociality, and argues that the social recession has been caused by the loss of mutual trust in American society over the past 50 years. I'm here. The following is a graph summarizing the results of '

trust in American institutions ' surveyed by Gallup. The level of trust in society, which exceeded 40% in 1979, has declined to 27% in 2022, indicating that trust in society has been lost. In addition, the following is a graph showing the 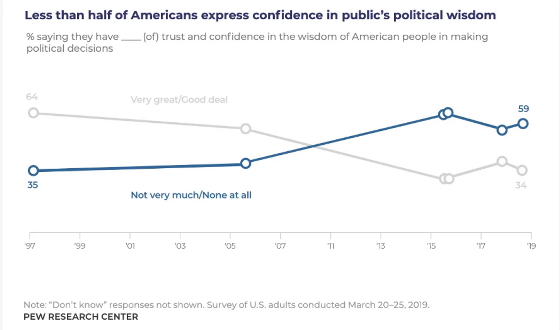 The graph below is based on Gallup's 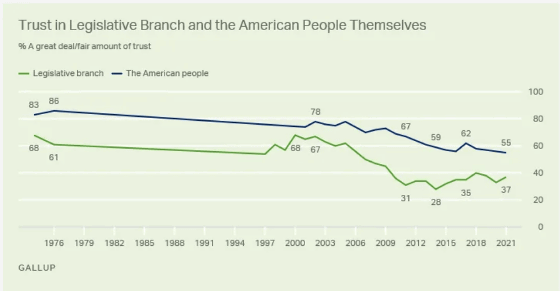 “Trust is the glue of any society,” Cebalo said. We will be connected,” he insisted. In order to solve the problem, he first acknowledged the current situation and appealed that it may be necessary to reconsider the Internet infrastructure with social interaction in mind.