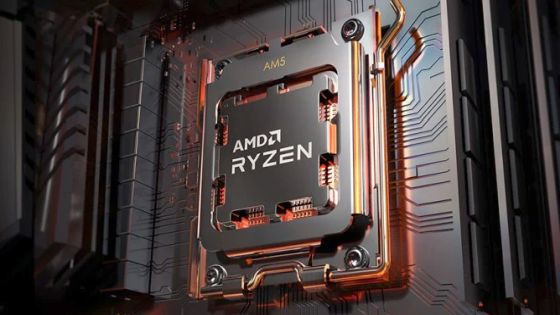 `` Ryzen 7000 '' series compatible with DDR5 memory and PCIe 5.0 will be released in Japan on Friday, September 30, 2022. Overseas media that got such a 'Ryzen 7000' series earlier than others published benchmark scores etc., so I summarized the performance difference with Intel CPU and performance improvement compared to the previous generation Ryzen.

The 'Ryzen 7000' series is a CPU that adopts the 'Zen 4' architecture, and while supporting the latest standards such as DDR5 and PCIe 5.0, IPC averages 13% and single thread performance is maximum compared to the previous generation 'Ryzen 5000' series. It is appealing that it has improved by 29%. The information at the time of the 'Ryzen 7000' series announcement is summarized in detail in the following article. 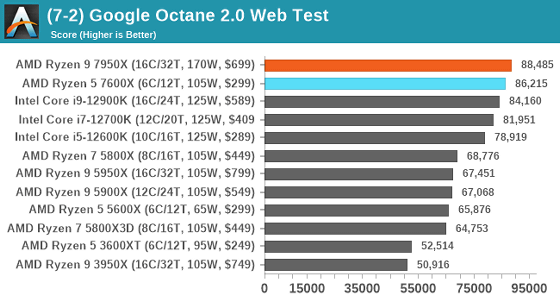 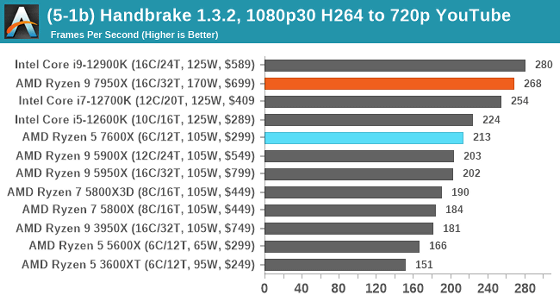 The fps when converting a 1080p movie to 4K is as follows. At this setting, 'Ryzen 9 7950X' pulled away other CPUs and recorded the highest fps. 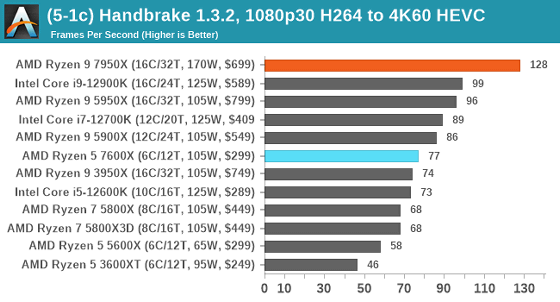 Overseas media Tom's Hardware measures the game performance of each CPU on a machine equipped with 'GeForce RTX 2080 Ti'. The number of frames per second (fps) when running ' Far Cry 6 ' with full HD and high image quality settings is as follows. The 'Ryzen 7000' series CPU records higher fps than all CPUs except the CPU 'Ryzen 7 5800X3D' that uses 3D V-Cache technology. The score marked 'PBO' is the score when AMD's automatic overclocking function 'Precision Boost OverDrive (PBO)' is enabled. 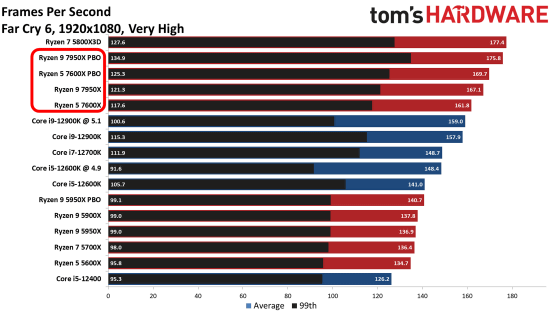 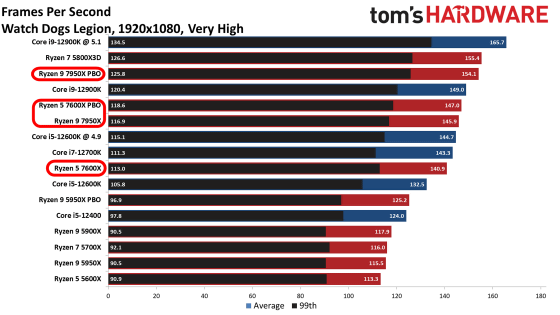 In addition, in the 'Ryzen 7000' series, all models are equipped with 2 cores of RDNA 2nd generation GPU. However, when Tom's Hardware tried to verify the game performance of the built-in GPU, it was said that the game did not start, or even if it started, it was very choppy and it was impossible to play comfortably. For this reason, when building a gaming PC equipped with the 'Ryzen 7000' series, it seems necessary to prepare an optional graphic board.