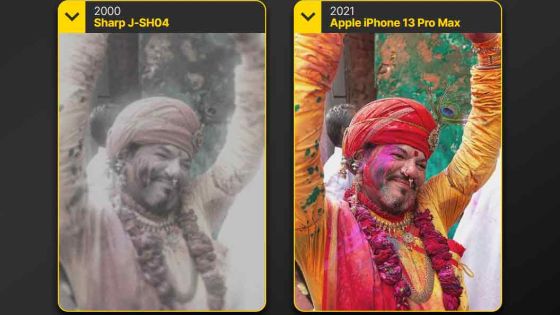 In recent years, it has become commonplace for smartphones to be equipped with multiple cameras specialized for long-range and short-range photography. can be taken. A simulator that can check the progress of such a mobile phone camera in one shot was published by SimpleGhar, a home appliance criticism company, so I compared the simulation results of various mobile phones.

The Evolution of Camera Phones, Visualized

The simulator released by SimpleGhar, a home appliance criticism company, is below. Slide the displayed photo to see simulation results of photos taken with the J-SH04 , a pioneering camera-equipped mobile phone that appeared in 2000, and smartphones such as the iPhone and Galaxy that appeared in the 2020s. You can check them in chronological order.


In addition, in the following simulators, you can compare the simulation results when shooting with different models side by side. Comparing the first iPhone (left) and the “