Is it a difficult time for artificial satellites to plunge due to the influence of solar activity? The sun often has an explosion called a

solar flare , which causes a solar storm that emits electromagnetic waves and particle beams to the vicinity of the earth. Solar flares and storms can disrupt the Earth's magnetic fields and have a variety of adverse effects, and the Japanese Ministry of Internal Affairs and Communications said on June 21 that 'solar flares will intermittently render mobile phones and televisions unusable for two weeks. , Wide area power outages may occur. ' In recent years, solar activity has become more active, and space media media reports that it is having various effects, such as artificial satellites that orbit the earth already descending to the earth at a speed higher than expected. In the latter half of 2021, the operator of SWARM , a geomagnetic observation satellite launched by the European Space Agency (ESA) in 2013, headed for the earth at an unusual speed of 10 times that of the three artificial satellites that make up SWARM. I noticed that it started to descend. 'In the last five to six years, SWARM satellites have been descending at a speed of about 2.5 km per year, but since December 2021, satellites have been descending,' said Anja Stromme, SWARM's mission manager at ESA. It is virtually 'diving'. The descent rate from December 2021 to April 2022 will be about 20km per year. '

'There are many complex physical phenomena in the upper atmosphere that interact with the solar wind that are not yet fully understood,' Stromme said. 'We know that this interaction blows up the atmosphere, which means it's dense. It means that the air shifts to higher altitudes. ' The higher the density of air, the stronger the drag against the satellite, 'it's like running against the wind,' Stromme described.

Not only SWARM was affected by the sun, but SpaceX, a space development company led by Elon Musk, was hit by the re-entry of 38 Starlink satellites from the satellite Internet in February 2022. rice field. Starlink's artificial satellite is first launched into a low orbit of 350 km above the ground, and then uses the onboard propulsion device to ascend to an altitude of 550 km, which is the operational orbit. However, at this launch, due to the influence of the magnetic storm that occurred on February 4, the atmospheric resistance increased by 50% from the normal time, so the artificial satellite could not rise properly and re-entered the atmosphere. 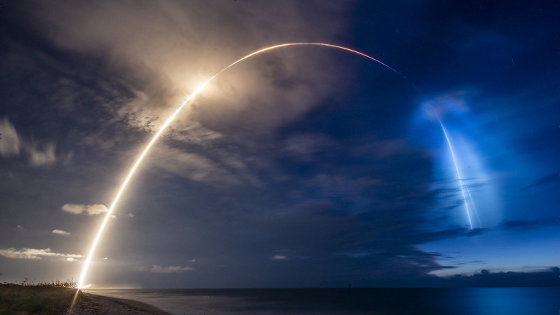 In the last decade of active civilian space exploration, many small satellites such as the CubeSat have been launched into low earth orbit, but these satellites are reboost at the cost of low cost and weight. Since there is no mechanism, if the atmospheric resistance increases, it will fall to the earth earlier than planned. 'Many of these new satellites don't have propulsion systems. They have no way to increase altitude and basically have a short life in orbit. These satellites have a short life in orbit. These satellites are the sun. Will re-enter sooner than the minimum activity period . '

Solar activity in 2021 was more intense than many experts predicted, but it is not yet at its peak. 'Solar activity was much more active than official predictions suggested,' said Hugh Lewis, a professor of physics at the University of Southampton, England. 'Current activity is already at the predicted peak of this solar cycle. However, the actual peak of solar activity is approaching in a few years. ' Stromme agreed with Lewis, saying that solar activity is growing rapidly so far, although solar activity may decline in the future. 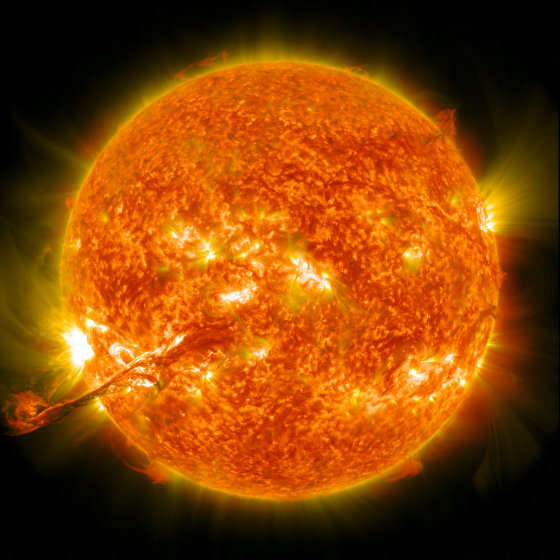 Increasing solar activity is a headache for satellite operators, but it also has the advantage of accelerating the entry of space debris near the Earth into the atmosphere and cleaning up space. Space debris near the earth is moving in outer space at high speed, so if it collides with an artificial satellite, it will cause equipment failure or damage. In fact, it was reported that in 2021, space debris collided with the ISS and the

The increase in space debris is important for maintaining the safety of outer space, such as the simulation result of Kessler syndrome , which is a big problem due to the collision of space debris with an artificial satellite, which causes further space debris. It's a challenge. 'Generally speaking, the effects of atmospheric resistance due to increased solar activity shorten the length of time space debris is in orbit and provide a useful'cleaning service', so from a space debris perspective. Good news. '

On the other hand, it has also been pointed out that as the altitude of space debris drops at once, space debris like rain will fall on artificial satellites that orbit in lower earth orbit. In this case, the risk of collision with space debris also increases, which is potentially dangerous. Mr. Stromme's team raised the altitude of SWARM by about 45 km, but it may be necessary to reboost again in the latter half of 2022 depending on future solar activity. 'Hopefully, we still have fuel to survive the next solar cycle, but if solar activity increases as it does now, we'll run out of fuel before the end of the solar cycle,' Stromme said. Said.