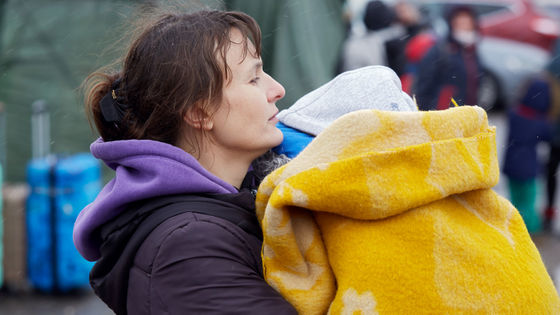 Since the invasion of Ukraine in February 2022, Russian troops have indiscriminately attacked non-military facilities such as Ukrainian schools, hospitals and private homes, which can be life-threatening or burn out. Many Ukrainians have been evacuated abroad. Some blame Russia for its inability to carry out precision attacks, but experts say, 'Russia's attack on Ukrainian citizens is deliberately causing refugees in Europe. Russia's strategy aimed at destabilizing. '

The big exodus of Ukrainian refugees isn't an accident – it's part of Putin's plan to destabilize Europe
https://theconversation.com/the-big-exodus-of-ukrainian-refugees-isnt-an-accident-its-part-of-putins-plan-to-destabilize-europe-182654

According to the United Nations High Commissioner for Refugees, the number of people evacuated outside Ukraine since Russia invaded Ukraine in February 2022 exceeded 6.8 million as of late May. thing. Most of the evacuation destinations are in Europe, but more than 1000 Ukrainians are evacuating to Japan as well.

The EU, which accepts many refugees, allows Ukrainian refugees to enter 27 member states without visas and live for up to three years. In addition, the acceptance of Ukrainian refugees, including the public and private sectors, has been promoted in various countries around the world, such as Airbnb, a major private lodging agency service in the United States, offering a temporary accommodation for up to 100,000 Ukrainian refugees free of charge.

However, it has been pointed out that the sympathetic mood for Ukrainian refugees is diminishing as the period of evacuation is prolonged and the number of evacuees is increasing. For example, in Warsaw, the capital of Poland, the population has increased by 15% since the invasion began, and Mayor Rafal Truskowski said at a press conference that 'most of the burden is on us' in the EU and Poland. He criticized the government's refugee policy and called for a review of the acceptance system. analysis by the World Development Center, a non-profit think tank, estimates that the cost of accepting Ukrainian refugees will reach $ 30 billion in the first year alone. This cost could pose a new challenge for the European economy, which has already accepted many refugees from Syria and Iraq and is suffering from the high inflation rates of recent years.

According to Mark Gray, an anthropologist at the University of Northern Iowa who has studied population migration, there is a gap between the so-called increased displacement and security concerns that have been forced to relocate due to conflicts and disasters. It is often related.

In particular, Russia tends to use the social burden and political instability caused by the mass movement of people as a tool. President Putin actively intervened in the Syrian civil war in 2015 and supported the Assad regime in Syria. Around this time, there was a refugee crisis in Europe where a large number of refugees and migrants from the Middle East flowed in, but most of them were forced to evacuate because the Assad administration threatened the citizens with bombs and the like. That is. 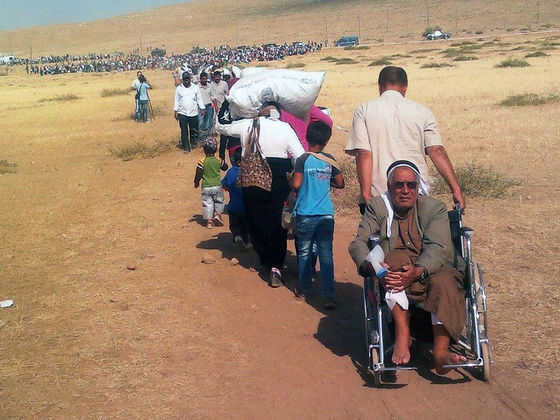 During the European migrant crisis, political tensions increased within the EU over dealing with refugees and immigrants, and political parties with anti-immigrant and nationalist pledges emerged in areas such as Italy and Germany that accepted large numbers of Syrian refugees. It was decided to do. The refugee crisis has also become one of the issues of Britain's withdrawal from the EU, the so-called Brexit .

In response to this situation, Philip Breedlove, a former U.S. Air Force general who was NATO's military commander at the time of 2016, said, 'President Putin and President Assad will overwhelm Europe and discourage its determination. I intentionally use refugees as a weapon. ' According to Gray, these Russian strategies are based on 'ethnic engineering,' a strategy from the Soviet era that 'exacerbates political tensions in hostile nations due to differences in religion, ethnicity, and language.' That is.

In some cases, immigrants were used more directly as 'weapons.' In November 2021, shortly before the invasion of Ukraine, President Putin's political ally, President Alexander Lukashenko of Belarus, promised to people from Iraq and elsewhere that 'If you come to Belarus, you will help enter the EU.' , Provided free shipping from Belarus to the Polish border.

In response, European Commission President Ursula von der Leyen said, 'This is not an immigration crisis. An authoritarian government is trying to destabilize democratic neighbors.' I blamed you. Belarus immigrated, saying 'The actions of the Lukashenko administration threaten security, create a cause of division, and distract attention from Russia's actions at the Ukrainian border,' said Ned Price, a spokesman for the U.S. State Department. It shows the view that it is using. In this regard, Mr. Gray said, 'Even in the invasion of Ukraine from February 2022, Russian troops have repeated tactics in the Syrian war, targeting Ukrainian civilians and escaping people from Ukraine so far. European leaders do not consider the surge in Ukrainian refugees to be a crisis, as some experts say that Ukrainians are predominantly white Christians, but cultural and ethnic similarities are not always the case. It does not necessarily prevent political instability. Putin understands that financial instability is driving the movement to eliminate immigrants in countries such as Hungary and France, which is the unity of the EU and thus the security of Europe. It could be a new threat to Ukraine. '