With the advent of the electric vehicle era, 'battery recycling' has become an important issue. Science of the American Association for the Advancement of Science (AAAS).

Millions of electric cars are coming. What happens to all the dead batteries? | Science | AAAS
https://www.science.org/content/article/millions-electric-cars-are-coming-what-happens-all-dead-batteries

The battery of an electric vehicle is a crystal of complicated engineering technology and is a key component of an electric vehicle that does not emit greenhouse gases, but when it reaches the end of its life and becomes unusable, 'battery disposal and recycling' becomes a problem. .. If the battery is thrown into a landfill, toxins such as heavy metals may flow out, but it is difficult to recycle the battery, and sometimes there is a risk of ignition and diffusion of harmful substances.

Dana Thompson, a materials scientist at the University of Leicester, UK, said that many of the electric vehicle batteries on the market at the time of writing were 'not designed to be actually recycled.' It wasn't a problem when the number of electric vehicles was small, but by 2021 there were already 11 million electric vehicles running around the world, and it is predicted that they will exceed at least 145 million by 2030. 'People are beginning to realize that this is a problem,' Thompson said.

In recent years, governments have begun to require the recycling of batteries for electric vehicles. In 2018, China introduced a rule aimed at promoting the reuse of battery parts, and the European Union (EU) also in 2022. We will determine the requirements for battery recycling. In the United States, several states including California are considering introducing their own rules, and the Ministry of Energy has invested $ 15 million (about 1.9 billion yen) in the ' ReCell Center ' to study battery recycling. bottom. Promoting battery recycling will help national security as it reduces reliance on rare minerals produced by a small number of countries and increases the sustainability of resource use. 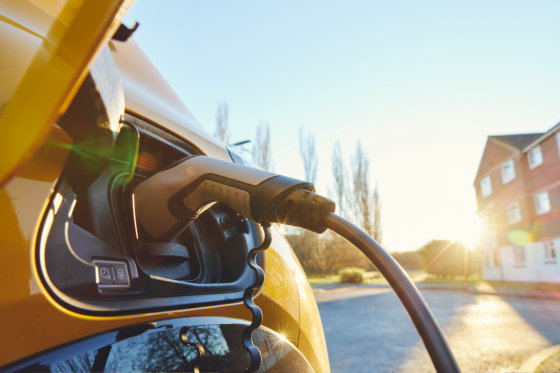 The battery of an electric vehicle is basically nested, and the main pack is divided into multiple modules, in which smaller

lithium-ion battery cells are lined up. Lithium and graphite are used in lithium-ion batteries, but these are too cheap to recycle, so metals such as nickel and cobalt , which are mainly used for cathodes , are the targets of recycling. is.

To extract nickel and cobalt, which are used only in small amounts when viewed from the entire battery, recyclers either cut the cell and heat treat it to recover useful metals, or dip the cell in an acid pool. It mainly uses the technology of wet smelting to extract metal, and it is said that these two technologies may be combined.

Pyrometallurgy and hydrometallurgy have their advantages and disadvantages, respectively. For example, pyrometallurgy is relatively safe but requires a lot of energy. On the other hand, hydrometallurgy can extract substances that cannot be obtained by dry smelting, but it is difficult to extract only the target metal, and chemical substances that pose a health risk may be included. There is sex. Researchers are continuing their research to improve hydrometallurgy methods, and Mr. Thompson is developing a solvent that dissolves substances other than nickel.

Unfortunately, both methods have the disadvantages of producing large amounts of waste and emitting large amounts of greenhouse gases. It's also pointed out that while most recyclers focus on cobalt recycling, if battery makers switch to using a different metal instead of cobalt, the entire recycling business could go bankrupt. Therefore, the more ideal method than dry smelting or hydrometallurgy is to 'recycle the battery cathode as it is without processing it'. If this happens, batteries can be recycled more easily, and the US National Renewable Energy Laboratory has shown that the technology is economically feasible if it can be scaled up under the right conditions. I am.

However, in order to realize direct battery recycling, manufacturers, recyclers, and researchers must solve many problems. Also, because the battery market is changing rapidly in recent years, it is possible that 'even if you try to recycle the cathode manufactured today in 10 years, no company will use that cathode in 10 years.' .. Another problem is that it is difficult to efficiently disassemble the battery of an electric vehicle. For example, the Nissan Leaf battery takes two hours to dismantle, and Tesla says it's almost impossible to dismantle the battery.

Researchers, including Thompson, are asking electric vehicle and battery manufacturers to 'design with recycling in mind.' For example, in China, where rules were set to encourage the recycling of electric vehicle batteries in 2018, BYD has already developed a flat cell ( blade battery ) that can be easily removed by hand. We are recycling more lithium-ion batteries than the combined amount.

Battery recycling also has issues such as 'Which consumer or manufacturer is responsible?' And 'What is the cost of safely transporting flammable batteries?', But as a chemist at Leicester University Andrew Abbott argued that action should be taken now. 'I don't want a battery that can never be dismantled to continue to be manufactured for 10 years. It's not the case yet, but people are worried about this and are raising their voices,' he said.