An easy-to-understand diagram showing the size of 'yottabyte', which far exceeds terabyte 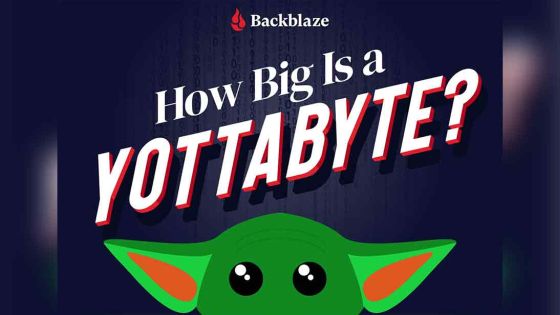 The storage capacity of SSDs and HDDs is increasing year by year, and even a few terabytes of storage can be easily obtained. Although it is large enough to store many 4K movies even with a few terabytes, Backblaze, which develops cloud storage services, explains the size of an unfamiliar unit called ' yottabyte '.

What Is a Yottabyte and How Big Is It? If you collect 1 yotta of sand with a diameter of 1 mm, it will be the same as the diameter of a galaxy. To line up 100 billion Library of Congress, you need an area of 38 Earths.