I tried playing the amazing game 'White 200' that finds the desired white from the 200 colors of 'white'. 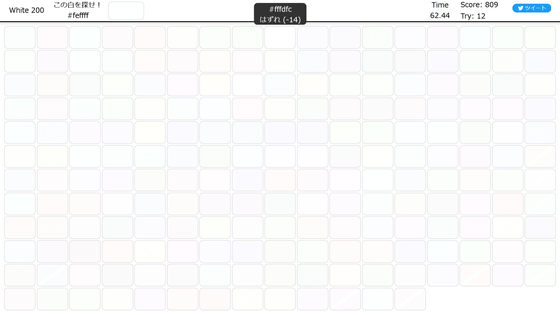 There are actually quite a few types of 'white' that can be expressed by color code, even though white seems to have only one color when expressed by the word 'white'. The game ' White 200 ', which can be called madness to find the desired white color from among 200 such white colors, has appeared, so I actually played it.

When you access the White 200 page , the 'Start!' Button will appear as shown below, so click it immediately to start the game. 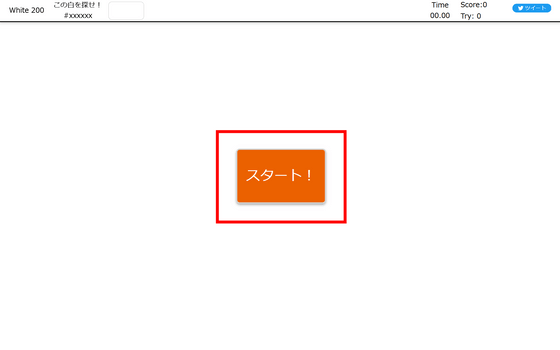 If you click on the wrong panel, the score will be deducted by displaying 'Out of order' with the color code of the panel at the top of the screen. Also, the panel you clicked will be shaded with the color of the answer, so you shouldn't click it again. Even if you say 'white', there are some bluish whites and pinkish whites in the panel, so you can narrow down the search to some extent. When I found the answer like this, it turned out that the game so far was a tutorial. This is where the true White 200 begins. That's why click 'Start production!' To start production. The 200-color panel that was subsequently selected looks like this. Unlike before, all of them can be said to be 'just white'. They all look the same color. 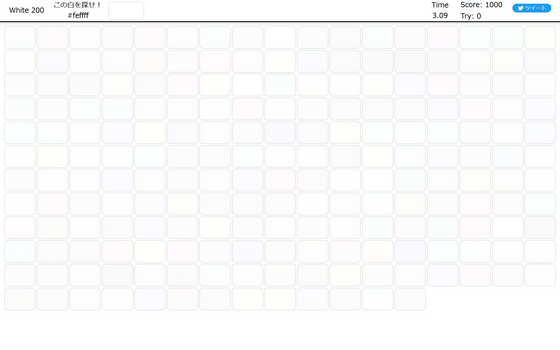 I have 1000 points. The farther the color of the selected loss panel is from the answer, the more points will be deducted, so in order to maintain the score, you must select a color that is as close to the answer as possible. However, all panels are almost the same color, so they are neither 'close' nor 'far' in appearance. 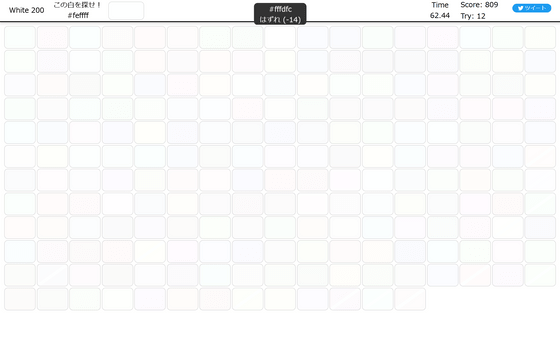 Even if you avoid the slightly colored panels and select them, the number of trials will only increase. The diagonal line of being drawn off is also hopelessly unreliable. However, if you click the same panel more than once, the number of clicks such as [2] will be displayed in the display that appears at the top, which may help. 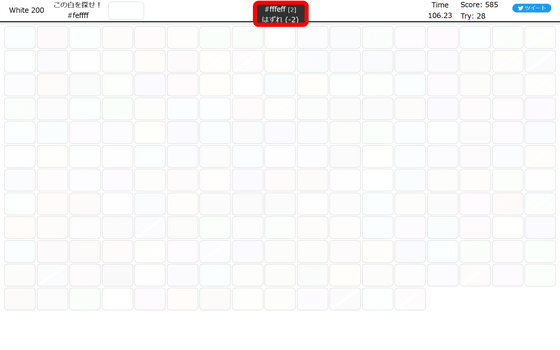 That's why, as a result of taking hard measures to click in order from the upper left, I was able to successfully select the answer panel in 226 trials. The score was -3258 points. Even so, I feel that my eyes are getting used to it after doing it several times, so I feel that my score is getting better and better. It is a game that spreads the knowledge that 'there are various things in white'. 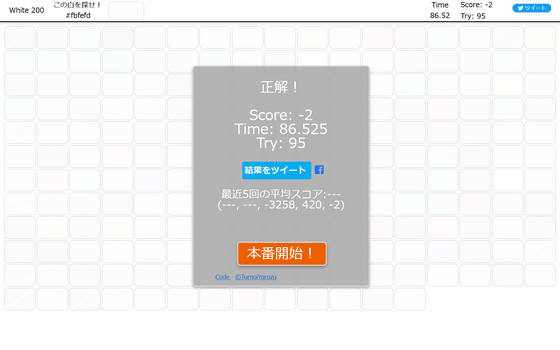