Why did 'a woman resuscitated from the lowest body temperature in history' survive from being submerged in a frozen river for nearly 80 minutes? Anna Bogenholm, a radiologist at the

Northern Norwegian University Hospital in Tromso , northern Norway, said she was 'a woman revived from the lowest temperature ever' who once survived a desperate survival with a core temperature of 13.7 degrees Celsius. is. Atlas Obsucura, an overseas media outlet, explains why Mr. Bogenholm survived a severe hypothermia.

The Woman Who Survived the Lowest Body Temperature Ever --Atlas Obscura
https://www.atlasobscura.com/articles/the-woman-who-survived-the-lowest-body-temperature-ever

Bogenholm was skiing with his friends in May 1999 after the hospital shift was over. All of them were skilled skiers and the weather was excellent, but Mr. Bogenholm accidentally fell and slipped into a frozen stream with the skis off.

A few seconds later, friends caught up and tried to pull up Mr. Bogenholm, who had broke through the ice and sank into the river, but failed and called for an ambulance crew. Mr. Bogenholm managed to find a place where the air had accumulated under the ice and breathed, but the freezing cold caused his body temperature to drop sharply and he lost consciousness.

Mr. Bogenholm was rescued from a hole dug by a shovel by the rescue team that arrived, but by the time he was rescued, about 80 minutes had passed since the submergence. At that time, Mr. Bogenholm had white skin like a ghost, his heart was not moving, and his pupils were enlarged. While taking Mr. Bogenholm to a university hospital by helicopter, the paramedics continued to try cardiopulmonary resuscitation (CPR) , but Dr. Mads Gilbert, who works in the emergency medical department of the university hospital, said, 'I'm on her skin. It was icy to the touch and seemed completely dead. '' The electrocardiogram was perfectly straight, 'he said, recalling that there were no signs of survival. hypothermia will occur, and symptoms such as decreased blood pressure, abnormal breathing, and confusion will appear. When hypothermia occurs, not only does the brain slow down, but there are also cases where people suddenly take off their clothes or get into the holes in the snow.

When Mr. Bogenholm was taken to the hospital, his body temperature was only 13.7 degrees Celsius, even though it had already been lifted from the river for quite some time. Kevin von, a physiologist who wrote the book Extreme Medicine: How Exploration Transformed Medicine in the Twentieth Century , which records people who survived from extreme conditions, said that attempts to revive Bogenholm have been made in the past. He points out that it was also an attempt that the medical team has always failed.

However, Gilbert's team decided not to give up and to take as much resuscitative measures as they could. 'We didn't intend to declare her death until she was warm and confirmed dead,' Gilbert said.

And while Mr. Bogenholm was connected to an artificial heart-lung machine, the blood sent out of the body was warmed and then circulated again, Mr. Bogenholm's life reaction gradually returned. Over the course of hours, Mr. Bogenholm's temperature rose, his heart began to move, and gradually other parts of his body resumed activity. As a result, 12 days after the accident, Mr. Bogenholm woke up, and after a hard rehabilitation, he was able to move, walk, and even ski. 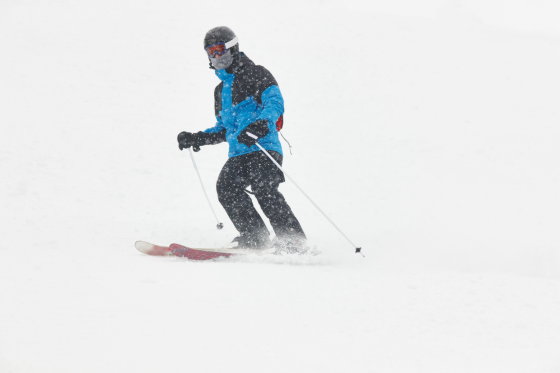 Atlas Obsucura pointed out that the reason why Mr. Bogenholm was able to survive from despair was that his body cooled too quickly. In general, humans exert various defense instincts against cold environments, but Bogenholm sank into a frozen river shortly after his body adapted, 'to allow the brain to be essentially flash-frozen and survive. It was dragged down to a state that required almost no oxygen. ' As a result, even in the absence of oxygen under ice, the brain was not so damaged compared to muscles and nerves, so it seems that the whole body became warm and could be revived.

As Fong points out, 'Death is thought to be a momentary event, but it's actually a process,' the death of life progresses over a few minutes. However, in the case of Bogenholm, the momentary cooling delayed this process, so doctors' intervention was in time even hours later, Fong said.