A man with a 'cold allergy' dies after taking a shower 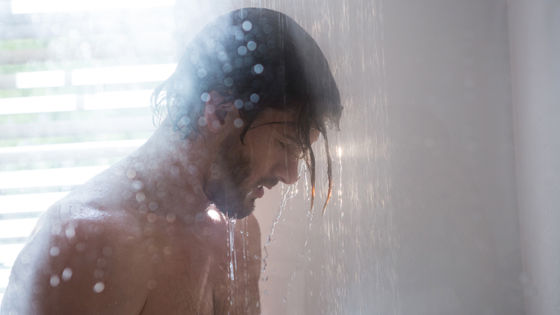 Many people who are not good at cold will have a hard time when winter comes. The journal of Emergency Medicine published a case in which a man with an idiosyncratic constitution who had an allergic reaction to cold was about to die instead of being bad at cold.

Man Almost Dies From an Allergic Reaction to Cold Air After a Shower
https://www.sciencealert.com/man-almost-dies-from-an-allergic-reaction-to-cold-air-after-stepping-out-of-his-shower

There are people with rare allergic symptoms and constitutions in the world, such as women who can not take a bath or shower due to 'water allergy' in the past, men who 'do not feel cold at all', etc. Cases have been reported. 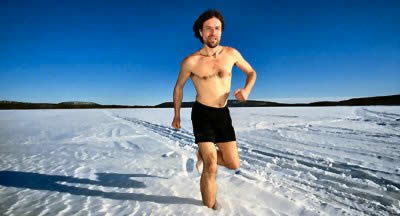 Contrary to the constitution that does not feel cold, it is a 34-year-old man living in Colorado, USA who has fallen into a situation of dying from 'cold allergy'. According to a paper reporting this case, the man suddenly fell to the floor after taking a shower and leaving the shower room. The fallen man was found by his family and an ambulance was called.

When the ambulance rushed in, the man's body was covered with hives and it was difficult to even breathe. For the man, the ambulance crew rushed to the hospital while taking oxygen and treating with epinephrine . The man who was brought into the intensive care unit was in a state of sweating all over the body due to an allergic reaction, but he recovered after receiving treatment such as epinephrine infusion and survived.

The doctor who treated the man diagnosed the man as ' cold urticaria ' based on the results of the 'Ice Cube Test' in which the ice cube was placed on the skin for 5 minutes to see how it looked. This is a symptom that literally causes urticaria when exposed to the cold, but in severe cases it develops anaphylaxis , which causes a rapid drop in blood pressure and respiratory distress due to airway obstruction (airway obstruction). Sometimes. It is unknown how many people around the world are affected by cold urticaria due to its rare symptoms, but according to a survey by the National Institutes of Health , the incidence in Central Europe is estimated to be around 0.05%. is.

In fact, when a man moved from Micronesia , which has a tropical climate, to Colorado, where it can snow even in the summer, he had a mild 'cold allergy' symptom. However, until now, the symptoms were mild and anaphylaxis was not life-threatening.

The man was then discharged from the hospital after being treated with antihistamines and steroids, instructed to avoid future exposure to cold and cold water. Epipen , an anaphylaxis adjunctive treatment, was also prescribed so that you and your family could inject epinephrine in an emergency.