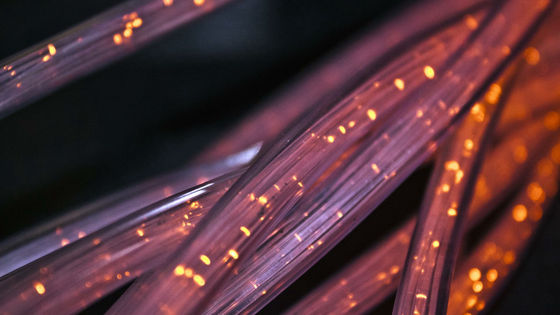 One of the things you need for a comfortable internet experience is a high-speed internet connection. A Swiss engineer has released an experience story that he joined a plan called '

best effort 25 Gbps' by sticking to the line speed and tried to approach the measured value to 25 Gbps.

It was engineer Michael Starrberg who shared his experience of increasing the line speed on his own. Mr. Starpelberg liked the contracted Internet service provider (ISP) Init7 and continued to use it, but even years after other major ISPs started offering a plan called 'best effort 10 Gbps'. Init7 did not offer a similar plan.

Init7 finally announced a plan for best effort 10Gbps in 2020, and will actually start offering it in 2021. In addition, we have also started offering a plan called 'Best Effort 25 Gbps' on the day when the best effort 10 Gbps plan is offered.

So, after applying for the plan, Mr. Star Pelberg quickly returned the router called 'MikroTik CCR2004' recommended by Init7 to his own PC with a network of 25 Gbps Intel XL710 and 10 Gbps Intel XX V710. I inserted two cards, attached SFP28, a connection module that supports 25 Gbps, and reassembled it into a configuration that functions as a 25 Gbps router. It is said that the upgrade of Mr. Star Pelberg's nearest

Point of Presence (PoP) was done one night in April 2022, and Mr. Star Pelberg was excited to rush to the site during the upgrade. I watched over the work. I connected my router to the upgraded home line and the migration work was completed. The result of measuring the line speed with this best effort 25 Gbps line by specifying the connection destination to the Init7 server is as follows. The speed on the download side was 23,563.53 Mbps, and the speed on the upload side was 23,013.10 Mbps, which was close to the theoretical value of 25 Gbps.

If you specify the connection destination to a server other than Init7, the line speed will drop to 6 Gbps to 9 Gbps, but it can still be said to be quite explosive. By the way, NURO Hikari offers a 20Gbps plan for consumer lines provided in Japan, but the service area is limited to Toshima-ku and Minato-ku, Tokyo. As services for a wider area, NTT 'FLET'S Hikari Cross', KDDI 'au Hikari Home 10 Giga', So-net 'NURO Hikari 10G', etc. offer 10Gbps plans, but these 20Gbps It should be noted that the notation of / 10Gbps is best effort, so the measured value will be much slower .