Acecook released ' Super Cup Large Demon Spicy Yakisoba RED ' on March 7, 2022, where you can enjoy the intense spiciness of the chili oil-based seasoning and 'spicy sprinkle'. It is said that the thick noodles unique to the Super Cup make it a delicious cup, so I actually tried it and checked the taste. When I opened the lid, it contained a sprinkle, sprinkle, and seasoning. 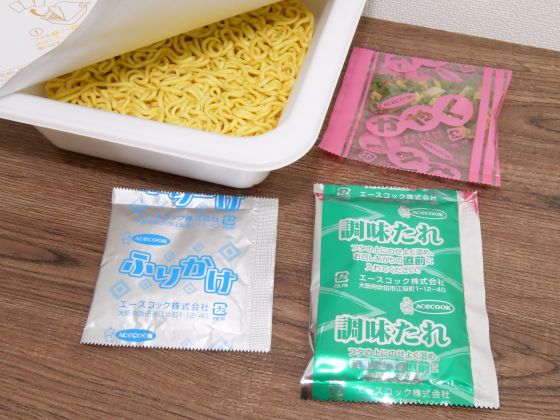 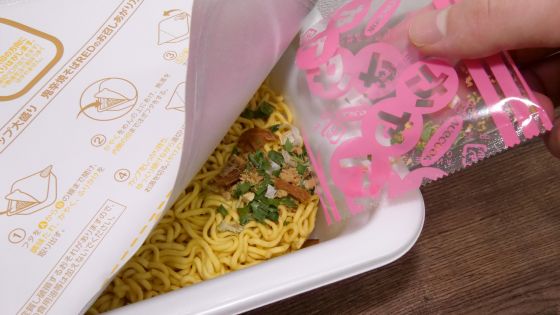 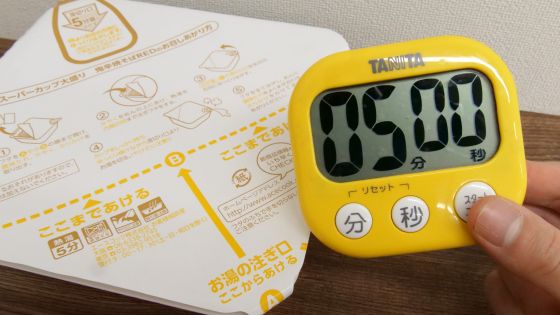 After 5 minutes, add the seasoning sauce ... 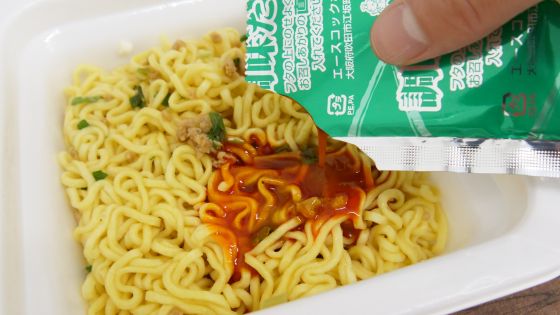 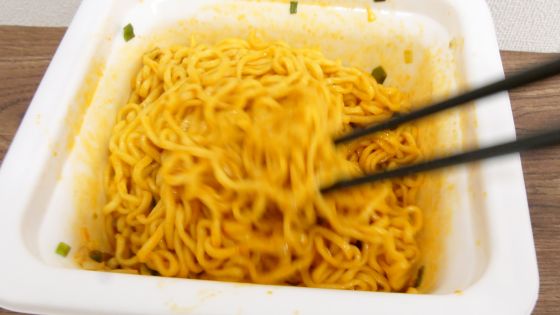 Finally, sprinkle on it and you're done. 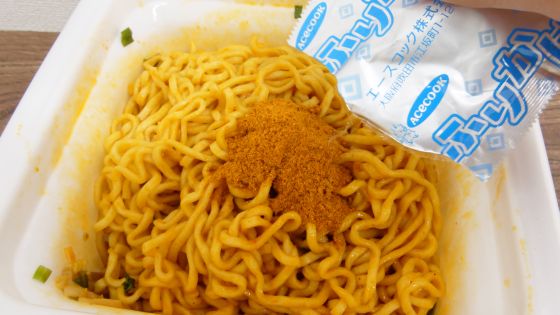 First of all, I will eat the part that is not sprinkled. The sauce was quite red, so I thought it was quite spicy, but although the spiciness was felt and the tongue was a little tingling, there was no piercing spiciness of the chili pepper and it was not so irritating. .. 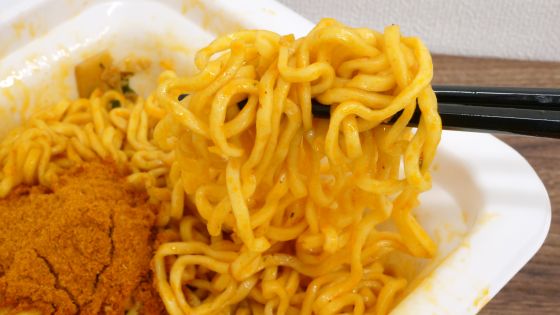 Next, when I entwined it with a sprinkle and tried it, it turned into a strong spiciness that made my tongue hurt. However, although it does have a piercing and pungent spiciness, not only that, but also the aroma and umami of fishmeal can be fully felt. According to the editorial staff who tasted it, 'Some of the spicy foods are spicy and you can hardly understand the taste, but for those who are good at spicy foods, this is a yakisoba that you can enjoy the spicy taste and umami in a well-balanced manner. I think. ' 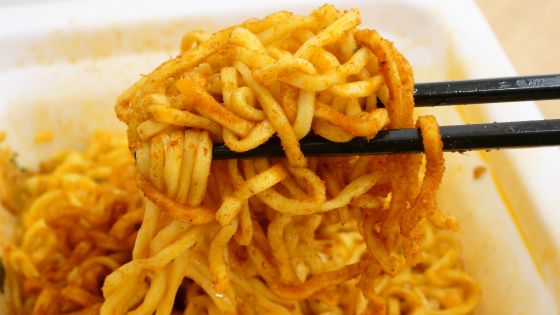 The suggested retail price of 'Super Cup Large Demon Yakisoba RED' is 230 yen excluding tax, and it has been available nationwide since March 7, 2022.