Demand for 'Signal', the strongest encryption messenger app for security, surges due to Russia's invasion of Ukraine 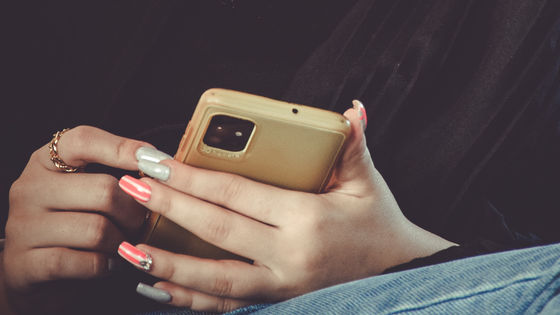 With the start of the Russian invasion of Ukraine, it became clear that the demand for the messenger app Signal, which was rated as '

the most confidential and safe messenger app ' by the Electronic Frontier Foundation due to its high confidentiality, is rapidly increasing. I am.

Cloudflare co-founder and CEO Matthew Prince posted on his official Twitter account that 'Signal usage in Ukraine has skyrocketed in the last 24 hours.'

Spike in use of Signal (messaging app) in Ukraine in the last 24 hours. Smaller but significant increase in the use of Telegram as well. Pic.twitter.com/Mkt5WxhWzJ

The graph below was published by Prince along with the tweet. In the graph, the horizontal axis represents time and the vertical axis represents the number of users. The graph shows the number of messenger app usage since February 21, 2022, with Telegram (blue line) being the most popular. However, we can see that the number of Signal (green line) used in Ukraine has increased sharply since midnight on February 24th. The invasion of multiple bases into Ukraine by the Russian army started on February 24, 2022, which means that many Ukrainian citizens started using Signal.

At the same time as Russia's full-scale invasion of Ukraine started on the 24th, a large-scale cyber attack on a website operated by the Ukrainian government was detected, so overseas media Mashable said, 'Cyber attack on Ukraine. It is understandable to try to use Signal, which is considered to be the most secure messenger app in the nation, because it has been reported. ' When Mashable asked Cloudflare about the number of Signals used in Ukraine after that, a spokeswoman said, 'The data about the messaging apps owned by Cloudflare is only public.' Still, Cloudflare seems to continue to monitor the Internet situation in Ukraine, 'Since 6 o'clock on February 25, Coordinated Universal Time, the peak of cyber attacks on Ukrainian websites has become shorter, and the number of attacks has decreased significantly. I am doing it. '

In addition, 'using Signal' is not the only measure that users should take to prevent interception of Internet communication. On February 25, 2022 local time, anonymous communication tool Tor shared with Ukrainian and Russian Internet users detailed ways to circumvent Internet censorship on Twitter.

'As the new war progresses, Ukrainian and Russian journalists, activists and human rights advocates can use Tor to protect themselves from online surveillance and censorship,' Tor tweeted. ..

Russian users, you can defeat Tor censorship by getting a Tor bridge from our official Telegram bot: https://t.co/07qgXh4wry . Or use Snowflake. ❄️
We wrote a step-by-step guide for you. ???? https://t.co/oDCEeTAzsY