The Global Semiconductor Alliance, organized by semiconductor companies, reports that semiconductor components can travel up to 50,000 km and cross 70 borders between production and delivery to customers. There is. The following is a diagram showing that. First, silicon raw materials and chemicals produced in the United States travel 12,000 km and are brought to Taiwan for processing, and then each process is carried out in countries such as Malaysia (3200 km), Germany (9700 km), and China (7700 km). It will travel a total of 55,400 km before it is delivered to the United States as a finished semiconductor. 'The metaphorical term supply chain doesn't apply to semiconductors,' said George Calhoun, director of the Center for Financial Industry Information at Stevens Institute of Technology in New York. However, trying to manufacture semiconductors in the United States alone would cost 10 years and 1 trillion dollars (about 115 trillion yen), and it is estimated that semiconductor prices will rise by up to 65%, so globalization can be avoided. It is said that there is no such thing. 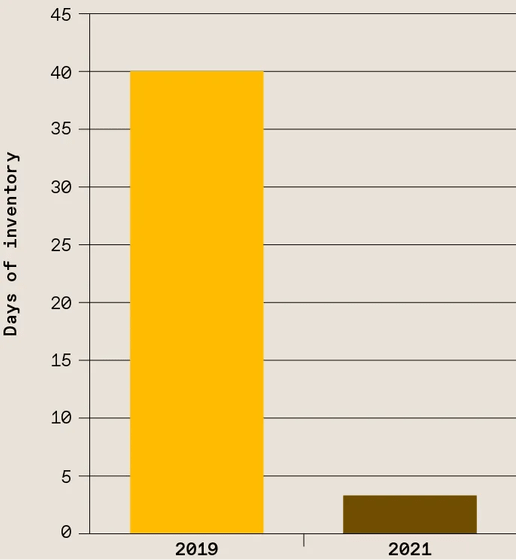 value chain fields (third from the left) such as the design and development of new semiconductors, especially R & D expenses. (Fourth) invested 39 billion dollars (about 4.5 trillion yen) to overwhelm China. 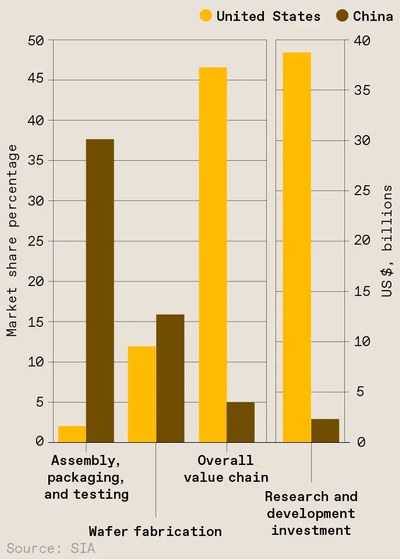 Below are the amounts that major semiconductor companies Intel, Texas Instruments, Samsung, and TSMC are investing in expanding their production system in the United States (left) and semiconductors from the US government based on the America COMPETES Act . It is a figure comparing the support money for industry (right). The U.S. government is spending $ 52 billion (about 6 trillion yen) on the semiconductor industry, which exceeds the amount financed by the government at the time of the GM collapse in 2009, but the above four companies are nearly double that amount, totaling $ 99 billion. We are planning to invest (about 11.4 trillion yen) in new factory construction projects in Texas, Ohio, and Arizona. Moreover, Calhoun estimates that private investment in semiconductor shortages is expected to exceed $ 850 billion (about 100 trillion yen) in the future. 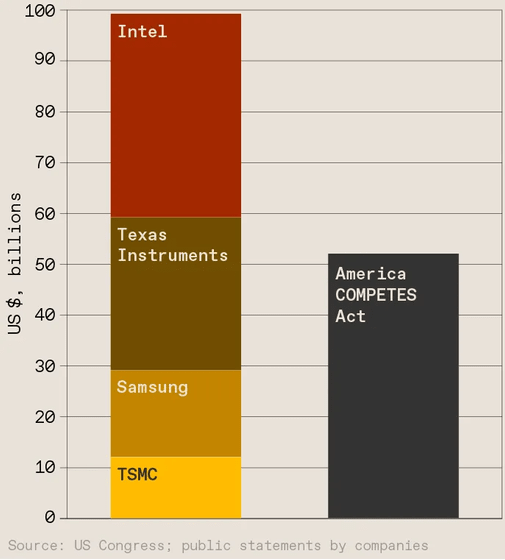 Regarding the US government's incentives for the semiconductor sector, Mr. Calhoon said, 'I don't think a uniform government approach will lead to effective investment, but even if it is perfectly implemented, government support will be provided. Is a lot of money compared to the investment amount of private companies. '