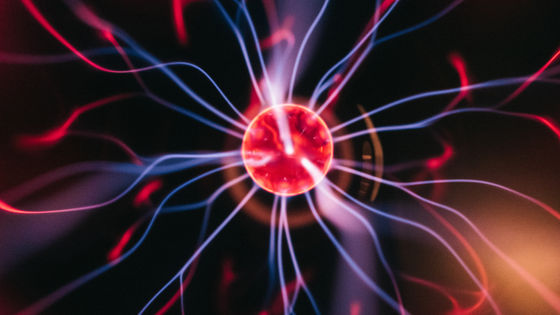 EUROfusion , an organization of European fusion research institutes, announced that the fusion reactor at the Joint European Torus (JET) has succeeded in producing more than double the energy of the past. did. This result is expected to greatly contribute to the realization of the International Thermonuclear Experimental Reactor (ITER) in which Japan is also participating.

Fusion power generation, which converts inexhaustible hydrogen in seawater into energy using the same principle as the sun, is called a dream energy source because there is no danger of meltdown or nuclear runaway unlike nuclear reactors that use nuclear fission. It has been. It was once thought to be unrealizable, but in recent years, laser fusion at Lawrence Livermore National Laboratory, which has produced over 1 kW of energy, and 120 million degree plasma for more than 100 seconds. In addition to the appearance of the maintained Chinese fusion reactor ' EAST ', a private fusion power plant, General Fusion , supported by Amazon founder Jeff Bezos, plans to build it with the aim of starting operation in 2025. Development is progressing suddenly, such as starting. In addition, EUROfusion announced on February 9 that 'JET has succeeded in generating 59 megajoules of energy in 5 seconds.' JET heats deuterium and tritium to 150 million degrees Celsius, which is about 10 times the center temperature of the sun, and turns them into plasma, which is then contained by a strong magnetic field to cause a fusion reaction. It is the largest fusion reactor of this type in the world at the time of writing the article.

JET has succeeded in producing 22 megajoules of energy in 1997, and this achievement, which generated 59 megajoules of energy, is a significant break from the previous record. 'This breakthrough has brought us much closer to overcoming one of the greatest challenges of science and engineering,' said Ian Chapman, CEO of the Nuclear Energy Agency, which runs JET, in a statement. did. The record of '59 megajoules in 5 seconds' set a new record for JET, but the output of about 11 MW per second is about one-fifth that of an average coal-fired power plant. That thing. Also, because it required a large amount of energy to heat the plasma, it has not reached the 'break-even point' where the energy used and the energy generated are balanced.

Nevertheless, this experiment, which was able to achieve certain results with the tokamak fusion reactor, which is one of the leading fusion reactors, is also valuable knowledge for ITER, which is also a tokamak fusion reactor. It has been. In a statement to the announcement of EUROfusion, ITER Director Bernard Vigo said, 'This result of producing near-industrial electricity is a great conviction for all who are involved in the quest for fusion around the world. It also gives us reassuring confidence that we are moving in the right direction for the ITER project, which is moving towards demonstrating complete fusion. '