Keanu Reeves finds out that he can have sex with himself with the modding of 'Cyberpunk 2077' and rejoices with a guts pose saying 'Yes!' 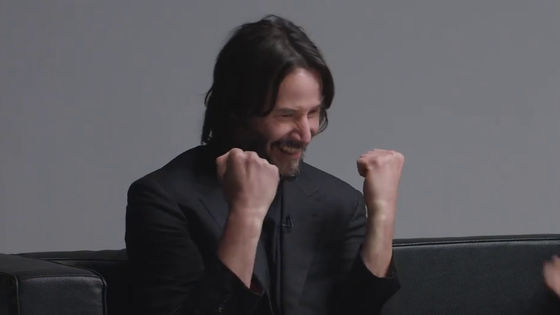 the release of the shock, ' Cyberpunk 2077 ', which is gradually gaining popularity, features a character named Johnny Silverhand played by Keanu Reeves. It was once talked about that you could have sexual intercourse with this silver hand by using the mod , but it turned out that Keanu Reeves himself was overjoyed when he knew this and said 'Yosher!'.

Shortly after Cyberpunk 2077 was released, a mod that replaces the 3DCG model of the character that provides sexual services called Joytoy that appears in the game with the Silverhand model appeared. As a result, it became a big topic in Cyberpunk 2077 that it would be possible to have sex with Silver Hand played by Keanu Reeves. You can find out what it will look like when you actually introduce a mod by checking the following article.

Keanu Reeves released 'The Matrix Awakens: An Unreal Engine ' as a tech demonstration of Unreal Engine 5 for PlayStation 5 and Xbox Series X / S as part of the promotion of the latest Matrix series, The Matrix Resurrections. I was interviewed for ' 5 Experience'. The full interview can be checked in the following movie, and the topic about Cyberpunk 2077 has appeared from 16 minutes 50 seconds.


When asked by an interviewer at The Verge, 'Do you want to play the game?', Keanu Reeves replied 'no.' When asked, 'Then, what about Cyberpunk 2077?', He answered, 'I just checked the demonstration and never played it.' 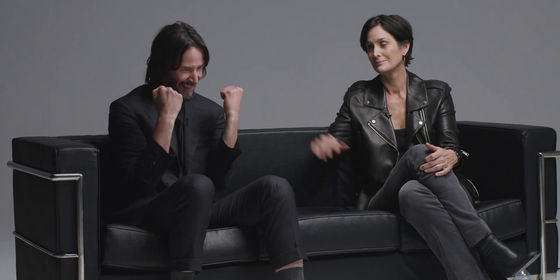 Keanu Reeves gave a positive opinion, 'Oh my ger! Great,' about the idea of having a character who looks a lot like her in the game, while Carrie-Anne Moss said, 'No thank you.' I'll leave it to you. '