Some mining companies say that the power shortage is becoming more serious in the 'next mining powerhouse' and business continuity is impossible. Crypto Miner Xive Shuts Down South Kazakhstan Mine Due to Electricity Woes
https://www.coindesk.com/business/2021/11/24/crypto-miner-xive-shuts-down-south-kazakhstan-mine-due-to-electricity-woes/ 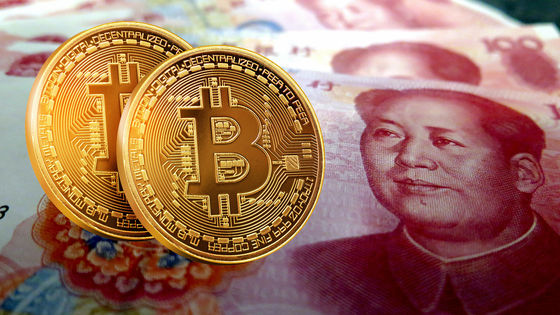 On November 16th, there was an announcement that 'the electricity price of state-owned enterprises involved in the mining of crypto assets will be raised', and China is tightening the tightening on mining companies. Kazakhstan, a neighboring country of China, is a new recipient of such mining companies. According to the University of Cambridge's Mining Power Map , Kazakhstan has become the second largest power in the mining business after the United States.

However, power shortages are becoming more serious in Kazakhstan. Electricity demand in Kazakhstan was a growth rate of 1 to 2% every year, but as of November 2021, it has already reached a growth rate of about 8%, and it is thought that more than 87,000 units have flowed in from China. It is estimated that output-specific mining rigs are pushing up electricity demand.

The effects of this power shortage have already surfaced, and on October 15, 2021, three major coal power plants in Kazakhstan were shut down . Power generation equivalent to 1000 MW or more is no longer generated.

In response to this power outage, the Kazakhstan power grid operator (KEGOC), which naturally monopolizes Kazakhstan's electricity-related business, not only announced to 50 authorized mining companies that it would 'restrict electricity allocation', but also 2 of the authorized operators. Announced that it will crack down on unofficial mining companies that are expected to double in scale. The Kazakh government will distinguish between certified and non-certified companies from 2022, and will impose 1 tenge (Kazakh currency, about 0.26 yen) on 1kWh for certified companies, while non-certified companies are expected to limit electricity. .. As of November 2021, a mining company called Xive had already been forced out of business due to a power shortage, and the company's co-founder carried out the mining rig by truck and all the mining rigs were carried out and became abandoned. I am posting a movie showing the state of the former mining factory.

Little sad to shut down our mining farm in south KZ. Last container is ready to be sent. So much work, people, hopes are ruined. Country risk played out pic.twitter.com/J8ZMg6GeUI

Kazakhstan has signed a contract to purchase electricity from Russia on November 16th, and is expected to survive the winter of 2021 with Russian electricity. On the other hand, there are many criticisms about the attitude of relying on other countries for energy infrastructure, and KEGOC has announced that it will carry out maintenance work on power plants and transmission lines damaged by power outages. There are reports of criticism that the Kazakhstan government is trying to cover up structural problems such as 'weak power grids to.'