Why is 'jellyfish' attracting attention from researchers examining the brains of animals? 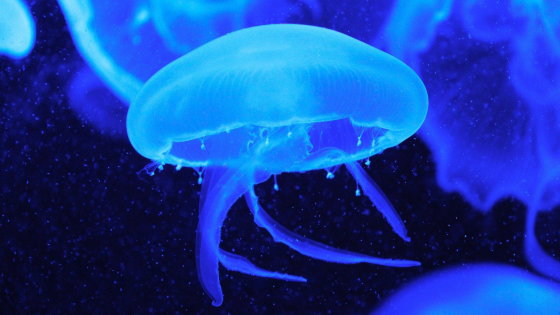 It is said that there are about 100 billion

nerve cells (neurons) in the human brain, and analyzing the circuits created by connecting each neuron is like tackling a very complicated puzzle. Thing. Research teams such as the California Institute of Technology, which tackle such difficult problems in neuroscience, are paying attention to 'jellyfish with a diameter of 1 cm' in order to investigate problems in animal behavior and nervous system.

How to read a jellyfish's mind
https://phys.org/news/2021-11-jellyfish-mind.html

In a newly published paper, research teams from the University of California, Northwestern University, and Sorbonne University in France have published a genetic toolkit for investigating jellyfish neurons called Clytia hemisphaerica, which grows to only 1 cm in diameter. .. By using this toolkit, it will be possible to create genetically modified jellyfish that shines when neurons are activated, and to observe overall neural activity through a transparent body.

Model organisms generally used in the laboratory are earthworms, flies, fish, mice, etc., and jellyfish are genetically farther from humans than these animals, so it seems that they are outliers as model organisms. .. However, the lead author of the paper, Brady Weissbourd, a postdoctoral fellow at the California Institute of Technology, said, 'Because jellyfish are far away from humans, they are important points to compare.' We ask questions such as 'Is there a neuroscience principle common to all nervous systems?' And 'What was the first nervous system?'

In addition, many jellyfish are 'small and transparent', which is also considered to be useful as a platform for conducting neuroscience research. 'Because there are great tools for using light to image and manipulate neural activity. If you put the whole body of a living jellyfish under a microscope, you can see the entire nervous system at once. Weissbourd said.

The jellyfish that introduced the genetic toolkit developed by the research team ... When a neuron is activated, that part glows. This makes it easier to understand which part of the neuron is activated during a particular action. The jellyfish's brain is not concentrated in a part of the body like human beings, but is distributed all over the body like a net. Therefore, various parts of the jellyfish can operate autonomously without a central control system, and even if only the mouth of the jellyfish is surgically removed, it is possible to continue the 'eating' movement with only the mouth. This decentralized nervous system appears to be an effective evolutionary strategy, as jellyfish have survived on Earth for hundreds of millions of years, but how jellyfish with this decentralized system coordinate systemic behavior. There are still many unclear points about whether or not it exists.

So the research team used Clytia hemisphaerica, which introduced a genetic tool that glows when neurons are activated, to study how neural circuits regulate feeding behavior. When Clytia hemisphaerica grabs a shrimp with its tentacles, it folds its body to bring it closer to its mouth and at the same time bends its mouth toward the tentacles.

Analysis revealed that a subnetwork of neurons that produce specific neuropeptides is responsible for the body's folding movements. In addition, although the nervous system of jellyfish seemed to be diffuse and unstructured at first glance, it was also found that neurons were actually organized.

'Our experiment shows that the seemingly diffuse network of neurons in a round jellyfish umbrella is actually subdivided into patches of neurons organized in a wedge shape, like a slice of pizza,' Weissbourd said. I made it clear. ' When the tentacles of the jellyfish grab the shrimp, the 'neurons in the pizza slice-like range' closest to the tentacles are activated, the corresponding body parts are folded inward, and the shrimp are carried to the mouth. 'Importantly, this level of nervous tissue is invisible even with a microscope. To see this, we need to visualize the activating neurons, and this new system. Then it is possible. ' Weissbourd argues that the study explains some of the behavior of jellyfish. In future work, he wants to investigate the modularity in the neural network and how each module works together, and understand how the neural network produces behavior. 'The ultimate goal is not only to understand the nervous system of jellyfish, but to use it as a starting point for understanding more complex systems in the future,' he said.