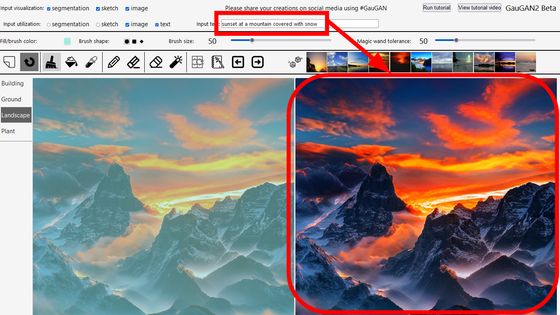 NVIDIA, a major semiconductor maker, has launched AI 'GAUGAN2' that instantly creates realistic images by simply entering short sentences such as 'sunset at a beach' and 'mountains next to a lake'. Developed by

NVIDIA Research , a research institute of NVIDIA Research. Since the demo site of GauGAN2 is also open to the public, I tried using it and checked what kind of image is generated from the explanation of just a few words.

GauGAN2 is an AI trained with 10 million high quality landscape images using NVIDIA's supercomputer Selene. The research team used a neural network to learn the relationship between words such as 'winter,' 'fog,' and 'rainbow,' and made it possible to generate images by inputting words.

I immediately visited the demo site to check the power of GauGAN2. The demo site has a large web page display size, so if you are using a laptop or a small screen, reducing the display size will make it easier to see. 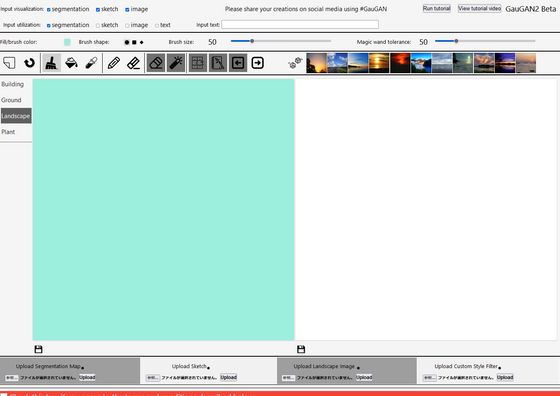 First, check the message and terms of service at the bottom of the page, and check the box at the right end of 'Check this box if you agree to the terms and conditions described below.' Unless you check this, you will not be able to try GauGAN2 on the demo site.

Next, uncheck 'segmentation' from the 'Input utilization' item at the top of the screen, and check 'text'. Now you are ready to enter the text and have GauGAN2 generate the image.

Enter 'sunset at a beach' in the 'Input text' form at the top. And when you click the arrow button pointing to the right below ... 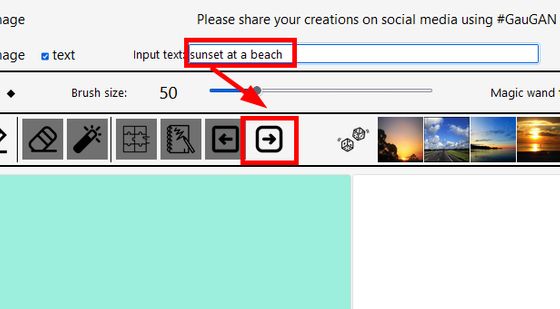 An image of 'Beach Sunset' was generated on the tile on the right. Although the shape of the sun is slightly distorted, the quality is almost like a photograph. 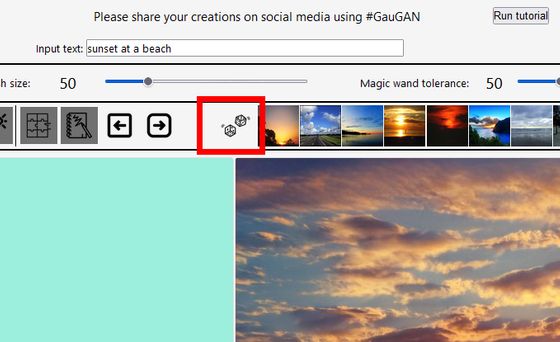 Another image generated based on the same word will be displayed randomly. Click the thumbnail images on the upper right side ... 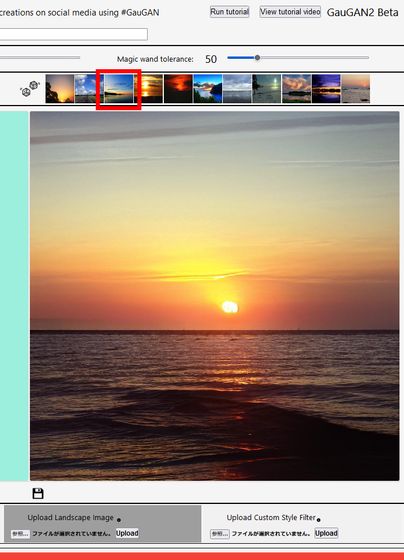 An image with a close image was generated. Also, if you change the text from 'sunset at a beach' to 'watermelon at a beach' and click the arrow button ... 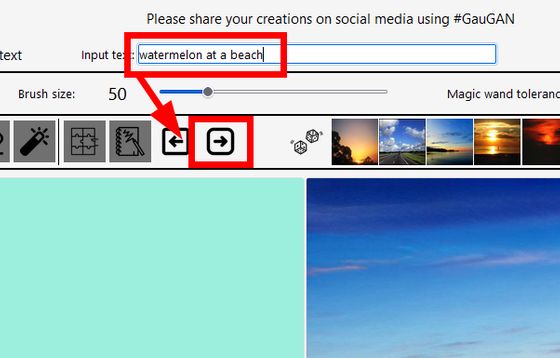 Although it is clearly not a watermelon, it was confirmed that the generated image has changed according to the text. 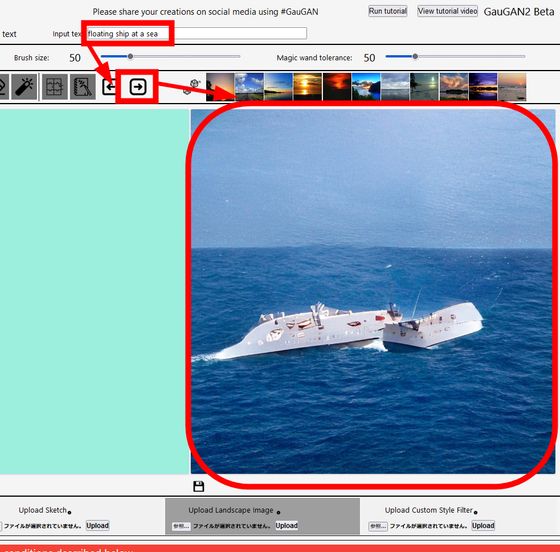 This is 'mountain covered with snow'. It seems that images with less discomfort are generated if you do not specify small objects or artificial objects. Also, if you click the folder icon at the bottom of the image ... 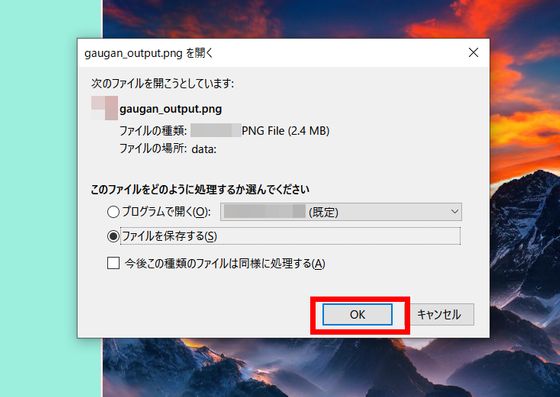 This is the image downloaded this time. Also, if you click the arrow button pointing to the left at the top of the page ... 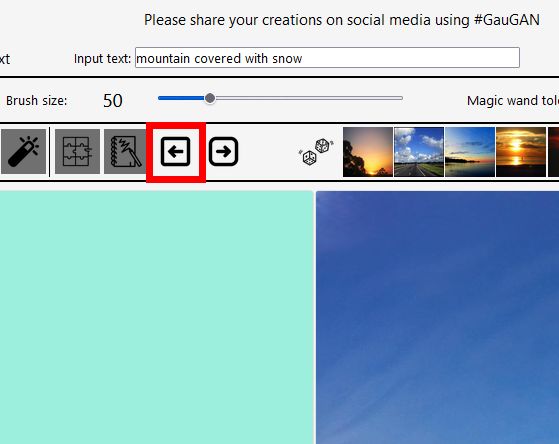 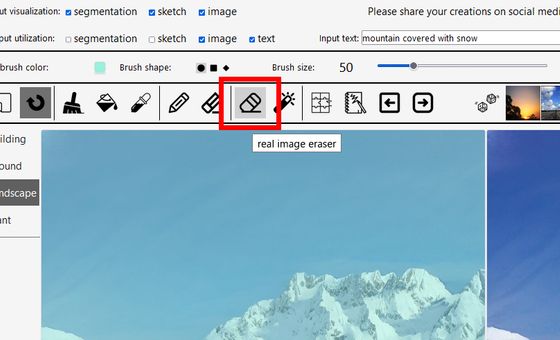 I tried to erase the part of the canvas that corresponds to the sky. In this state, select 'Clouds' from the 'Landscape' tab on the left and click the arrow button pointing to the right ... 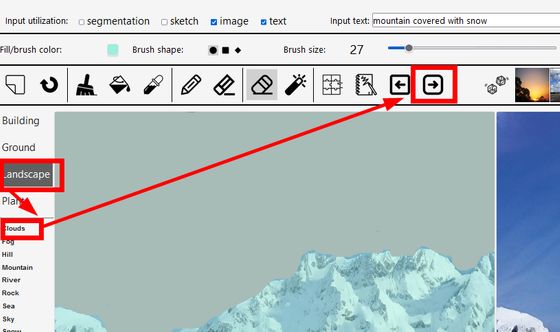 An image was generated in which the sky was covered with clouds.