Major carriers may limit the output of 5G towers, due to interference with aircraft 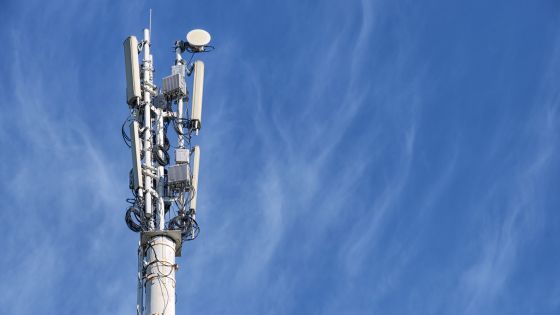 As base stations are being laid and modems are being developed for the spread of 5G around the world, major American carriers AT & T and Verizon output 5G towers to 'avoid interference with aircraft systems.' It is reported that he proposed to suppress. 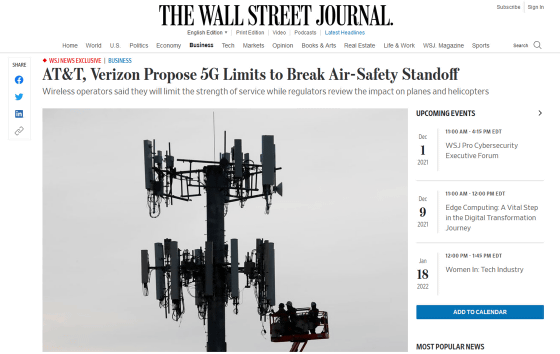 In the United States, the provision of mobile 5G services for smartphones began in April 2019, and since then, infrastructure has been renewed and new frequency bands have been introduced to the market in order to popularize 5G. On the other hand, the Federal Aviation Administration (FAA) said that the frequency band called C band that carriers are trying to use for 5G may interfere with systems such as aircraft radar and altimeter, and services using C band I was asking you to postpone the start.

In response to this FAA request, CTIA , an American wireless communication industry group, claimed that 'the FAA's request to postpone the start of service has no scientific or engineering basis,' and 'the wireless industry was in the United States in January 2022. We are planning to start 5G service using C band in the United States. ' In the above dispute, AT & T and Verizon told FAA, 'While I am convinced that 5G poses no risk to aircraft safety, I understand FAA's desire to address this issue.' He stated that he proposed to FAA a measure to 'reduce the output of 5G radio towers nationwide and further reduce the output near airports and heliports.'

According to The Wall Street Journal, the Federal Communications Commission (FCC) is working on a dialogue with the FAA on issues surrounding 5G and aircraft. An FCC spokeswoman said AT & T and Verizon's proposed tower output limits are 'one of the world's most comprehensive efforts to protect aviation technology.'

A spokeswoman for FAA also commented on the proposal: 'The proposal is an important and encouraging step. We promise to continue constructive dialogue with all stakeholders. FAA is a telecommunications carrier. We believe that the planned 5G service using the C band and the aircraft can coexist safely. '