Emissions in the shipping industry are on the rise as global efforts are being made to reduce greenhouse gas emissions. As a step to stop this trend, Norway launched the world's first autonomously sailing electric cargo ship.

The shipping industry is trying to replace it with an electrically powered ship with a battery. As an example, the Dutch shipping company Port-Liner operates an electric container ship. 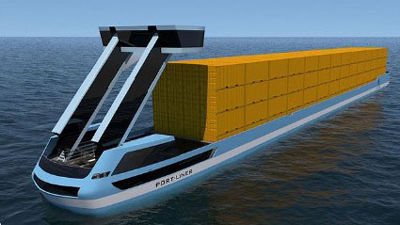 In addition, Norway is an advanced country for electric transportation because it is a country that produces oil and gas, and many electric ferries have been introduced. 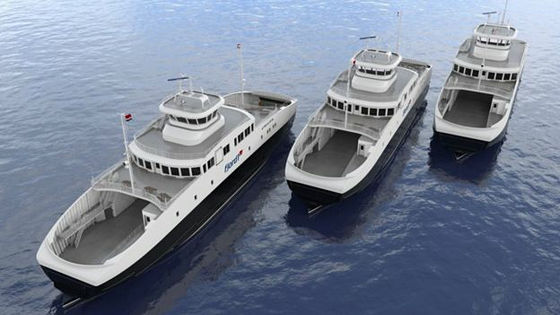 Yara Birkeland will now be engaged in the transportation of up to 120 fertilizer containers from the factory in Polsgrun, a town in southeastern Norway, to the port of Brevic.


Yara uses ammonia to produce fertilizer. Ammonia production accounts for about 2% of the world's fossil energy consumption, which is equivalent to about 1.2% of total greenhouse gas emissions, so Yara Clean Ammonia CEO Magnus Krogh Ankarstrand said, 'The world's largest. As an ammonia producer, Yara has embarked on an active international effort to reduce greenhouse gas emissions and produce new, clean ammonia. '

Yara Birkeland has eight battery compartments instead of the traditional machine room, powered by 6.8 MWh of renewable hydropower. This is equivalent to 100 Tesla electric cars.

According to Jostein Braaten, who is in charge of the electric autonomous cargo ship project, most of the ship accidents are caused by human error caused by the fatigue of seafarers, and autonomous navigation enables safe navigation.

However, Yara Birkeland's route is only 7.5 nautical miles (14 km), passing through a narrow fjord, passing through two bridges, avoiding merchant ships, pleasure boats, kayaks, etc., making it one of Norway's busiest ports. It seems that it is a very difficult voyage because you have to berth.

For the time being, Yara Birkeland will be adjusted for autonomous navigation as a practical test. When it is put into practical use, it will reduce 678 tons of greenhouse gas per year by eliminating the transportation of about 40,000 trucks that use diesel fuel per year.

The electrification of the shipping industry is expected to continue in the future, but shipping expert Camille Egrov said that technology requires charging equipment at various ports for long-distance navigation. He points out that there are issues both in terms of infrastructure and infrastructure.