A new study found that cats continue to recognize and track their whereabouts from their voice, even if they can't see their owners. This kind of spatial cognitive ability of cats has never been known before.

You can't hide from your cat, so don't even try | Live Science
https://www.livescience.com/cats-track-owners

Recognizing that an object (thing) continues to exist even if it disappears is called 'persistence of the thing'. Human babies usually behave as if they do not exist when they are hidden by cloth until about 8 months old, but as they develop, they continue to exist even if they are hidden by cloth. Understand Other than humans, it has been confirmed that there is permanence of things mainly in primates such as chimpanzees, gorillas, and orangutans, but a new study confirmed that cats have permanence of things by 'sound'. .. Saho Takagi, a cat psychologist who is a research fellow at Azabu University and a member of the cat research group 'CAMP NYAN TOKYO' , said in a past study that 'cats can see their owners when they hear their voices.' I expect it. ' Other studies have also shown that cats can distinguish between owners'voices and non-owner's voices and discover hidden objects. From these, Mr. Takagi thought, 'Cats should be able to imagine the position of others based on voice.' 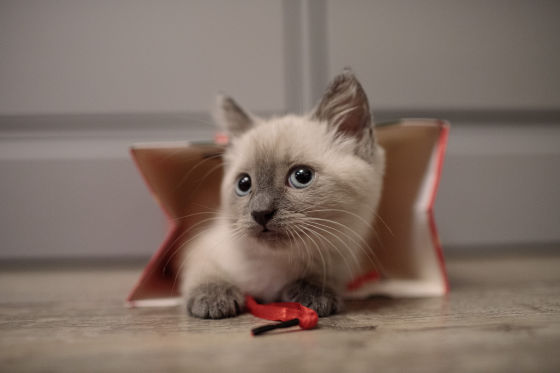 The research team installed speakers at two locations, 'a door near the cat' and 'next to a door and window far away from the cat,' and played a sound to observe the cat. 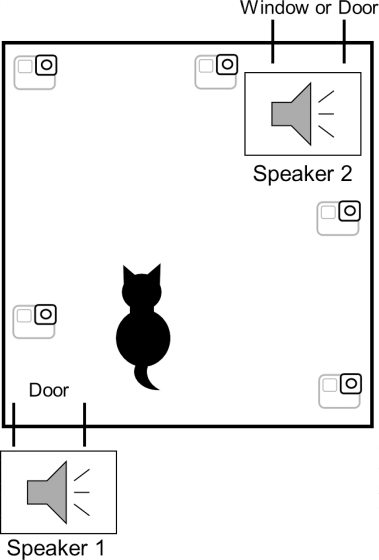 At this time, when the voice flows from a place different from the cat's expectation, that is, when 'teleportation of the object' occurs, the 'observer' evaluated how surprised the cat was on a scale of 0 to 4. .. Signs that cats are surprised at include behaviors such as 'looking at the place where the voice first played,' 'moving ears,' and 'moving around the room.'

As a result, the cat was most surprised when the owner's voice was heard from a place different from what he expected. From here, the research team reports that 'cats envision the whereabouts of their owners, which are invisible from the first voice heard, and have been shown to have previously unidentified socio-spatial cognitive abilities.' ..

The ability to envision the outside world is one of the key factors that enable complex thinking, and this study is believed to provide valuable insights for future cat research.