Waymo launched the official service of the fully self-driving taxi 'Waymo One' in Phoenix, Arizona in October 2020, and received favorable reviews in Phoenix, and in August 2021 in San Francisco, Waymo One's public test program 'Trusted' We are deploying 'Tester'. 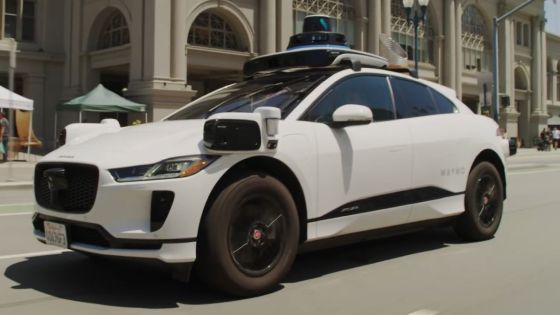 Waymo started a public road test on November 4, 2021 in New York City, which is one of the most densely populated areas in the United States. The same day was a 'manual' driving test, in which Waymo cars were manually driven in New York City to learn about the crowded traffic conditions and unique road shapes in New York. There are two types of Waymo cars in operation, the hybrid Chrysler Pacifica and the Jaguar I-PACE electric vehicle equipped with the latest technology, and it seems that more than five cars will not go out on public roads at the same time.

The location is the area shown in the image below, with Wall Street in the south and Carnegie Hall in the north. Waymo is expected to conduct a fully autonomous driving test in the future, but the date of the test was not mentioned this time.

Until now, all the areas selected as test sites for Waymo's self-driving cars have been known for their warm climate, but New York, which was selected this time, is an area with a latitude equivalent to Aomori Prefecture in Japan. In the midwinter, it is well below -10 degrees Celsius, and sometimes it reaches nearly 50 cm of snowfall. We believe that it will give us the opportunity to perform sensor tests in wet and cold conditions that exceed the data we have collected. Being able to experience freezing situations will lead to improvements in autonomous driving systems in the real world. We plan to reflect the learning results on all vehicles. '

In response to Waymo's trial operation in New York, Eric Adams, the next mayor of New York City, who won the mayoral election on November 3, 2021, said, 'Self-driving cars have dramatically improved traffic flow. It is hoped that millions of New Yorkers will have access to convenient and inexpensive transportation. One day, Waymo will be welcomed to New York so that safe autonomous driving technology can be used on the road. I'm happy. '