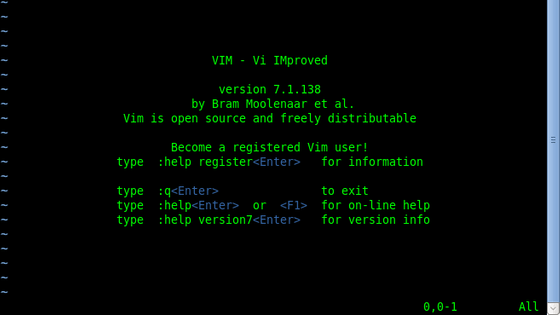 Vim, a command-line-based text editor, celebrates its 30th anniversary since its release in 1991. Software developer Alex Baldwin explains how Vim has been loved for 30 years. Vim at 30: Here's Why It's Still Relevant --Simple Thread

Baldwin cites some possible reasons why Vim continues to be used.

1. No mouse required
For example, a typical modeless editor like Notepad can only use one mode, text input, but Vim has multiple modes, such as input mode and normal mode, which makes keying simple. It can be used not only for character input but also for various functions such as cursor movement and line deletion. “This feature synchronizes the keyboard and mind with the code on the screen,” Baldwin said.

Baldwin points out that developers spend a lot of time typing text, so any extra process like mouse manipulation that interrupts text typing can hinder smooth work. “Most developers love efficiency, so many want to work with their hands on the keyboard, which saves time, stays focused, and ultimately excels. For decades, the Vim team has figured out the benefits they really need and shaped their products to maintain their competitive advantage, 'Baldwin said. Says.

2. Powerful '. (Dot)' command
With Vim, you can repeat the last change just by entering a dot. 'It looks like a simple macro, but it can be effective when typing complex text,' Baldwin said.

3.Vim-Easy Motion
When using the plugin 'EasyMotion ' provided for Vim, the first letter of each word is highlighted in red as shown below. In this state, you can move the cursor to that location by typing the highlighted character.

4. Shell command
The ability to integrate shell commands within the editor makes it much easier than running commands in a separate window.

5. Buffer
A buffer is a memory area that copies the contents of a file read by Vim. Opening multiple file tabs complicates management, but buffers make it easier to open multiple files at once and search, Baldwin wrote.

Baldwin said, 'The way developers actually enter code is almost the same as it was 30 years ago. Vim is a visionary product that users need most:'Enter and manipulate text. The simple feature is still needed now and in the past. '' Vim's development team continues to focus solely on clear productivity gains and rigorously deliver what is needed. I evaluated it. 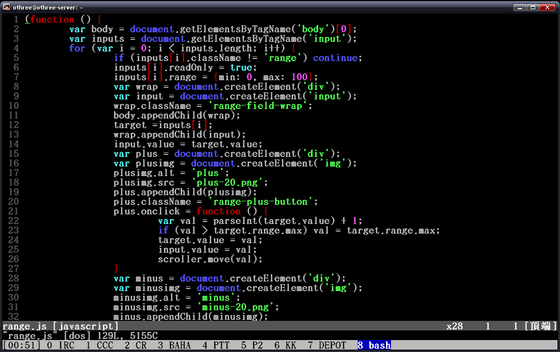