'Adobe Premiere Pro' will be equipped with a new function that automatically transcribes the audio of the video and turns it into subtitles. In the Keynote of Adobe MAX 2021, which announces a number of new features of Adobe products, not only image editing software but also video editing software updates were announced. Adobe Premiere Pro offers the long-awaited voice transcription feature, and Afeter Effects offers multi-frame rendering that delivers up to four times the performance and speeds up your work. To use this feature, click 'Create Transcription' on the 'Transscript' tab in the 'Caption' menu added to the header bar. Just select the language you want to use and the transcription will be done. The transcribed text is editable ... The font can also be changed. Also, as a new feature of Adobe Premiere Pro (public beta version), a function to automatically edit music tracks to match the video will be installed. Matching music to the video usually requires tasks such as cutting and crossfading, but the remix function automatically does these tasks with the touch of a button and a few seconds.

◆ Afeter Effects
In addition, Afeter Effects has 'multi-frame rendering' that renders multiple frames at the same time to speed up the work. Multi-frame rendering will perform up to 4 times more than before. It also provides a function to send a notification to smartphones etc. via the Adobe Creative Cloud app when rendering is completed. New in Adobe After Effects (public beta) is the ability to automatically identify edit points in rendered clips, place markers at cut points, and separate clips into separate layers. Will be done. This will make it faster and easier to reuse some of the edited video clips and apply motion graphics and visual effects to specific clips.

In August 2021, Adobe acquired the cloud video collaboration tool 'Frame.io' for 140 billion yen, and Keynote was attended by Emery Wells, co-founder of Frame.io. Frame.io instantly uploads the video data shot by the user to the cloud, so that you can check the video data just shot by a person who is not at the shooting site, or preview the video just created on the cloud. A tool that allows you to go. It was said that such features will be available in Premiere Pro. 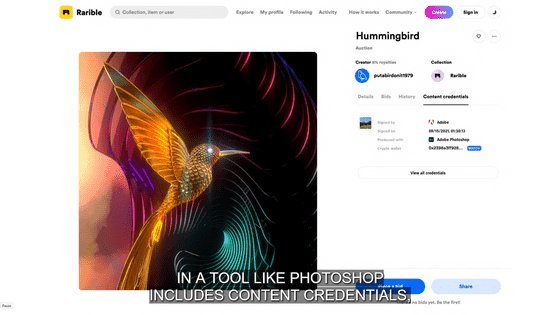