Adobe Flash, which should have ended at the end of 2020, is still alive in China Adobe Flash, which was developed by Adobe as a standard for playing music, videos, games, etc. on the web , officially ended support on December 31, 2020. However, Adobe Flash, which is no longer seen on the Internet, survives in China in 2021, according to technology media TorrentFreak. 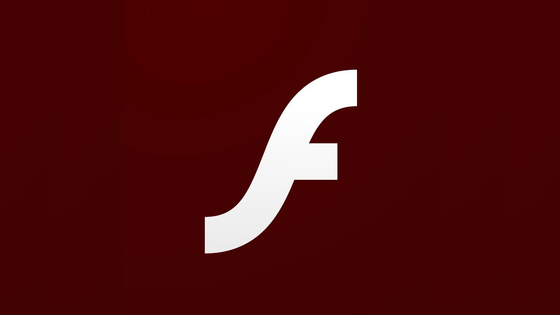 However, it has been revealed that Adobe Flash continues to be supported on the website 'Flash.cn' managed by Zhong Cheng Network, the only authorized distributor of Adobe Flash in China.

Support for Adobe Flash in Flash.cn was an important move for Chinese companies and those working to store Adobe Flash content. The Chinese version of Adobe Flash delivers a monthly security update and can be downloaded for free from Flash.cn, but there is a problem with pre-installed adware called 'Flash Helper'.

Meanwhile, software developer darktohka has also released a 'Clean Flash Installer' that allows you to use Adobe Flash for free. However, due to a DMCA allegation filed on GitHub on October 4, 2021, the CleanFlash Installer development project is no longer available at the time of writing as it violates copyright law.

GitHub · Where software is built
https://github.com/CleanFlash/installer/find/master 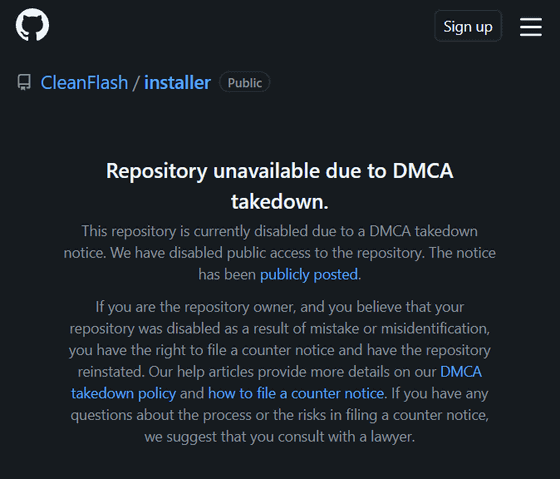 The Clean Flash Installer repository on GitHub states, 'Adobe is the copyright owner and I have the right to act on its behalf. This repository infringes the copyright of Adobe's Flash Player. Contains copyrighted software code owned by Adobe. '

TorrentFreak asked Adobe to comment on the DMCA's allegations, but did not receive a response at the time of writing the article.