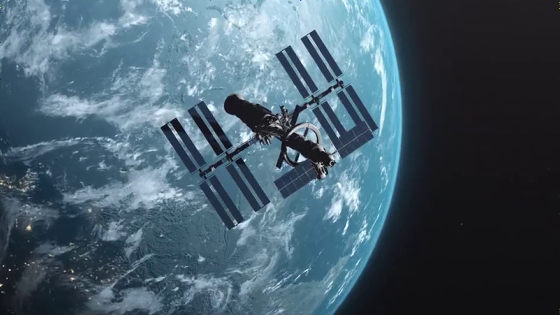 space junk today announced that it has launched the company 'Privateer' for (space debris) removal. In recent years, space debris has become a problem as the number of artificial satellites launched increases, and it is also pointed out that the excessive increase in space debris may destroy communication satellites and return life on Earth to the 1970s. In the meantime, it is an attempt to deal with these problems by collecting space debris. Mr. Wozniak posted a tweet with a video on September 13, 2021 stating that 'a different private space company is standing up.'

A Private space company is starting up, unlike the others. Https://t.co/6s8J32mjuF


'We can go farther together'

'We can care for each other and solve problems.'

'This is not a competition, a contest, or a game.'

'We are not one individual, one company, one country ...'

'We are adventurers, dreamers, risk-takers, engineers, and star-stars.'

'It's up to us to work together to do the right thing and the good thing.'

'By solving the problems we have now, we can improve the next generation.'

'The sky is no longer the limit'

There are already non-functional satellites around the Earth, the number of which has increased from 3300 to 7600 in the last decade. By 2030, the number of non-functional satellites will increase to 100,000 as the space business by private companies such as Amazon's space development business ' Blue Origin ' and Elon Musk's 'SpaceX' is accelerating. It is predicted that.

This increase in space debris is not a new issue, and in 1987, former NASA scientist Donald J. Kessler said, 'The domino effect of such an event has created a layer of debris that cannot be penetrated by anything. It will be formed and will not be launched from Earth into space. Inevitably, the Earth will be trapped in that layer. ' Attempts have already begun to efficiently remove space debris to avoid this situation.

Privateer is also a company that aims to remove such space debris, and was launched by Mr. Wozniak and Mr. Alex Fielding, one of the first iMac development teams. In 2002, they started and operated a company called 'Wheels of Zeus (Woz) ' that develops tracking devices, but in 2006 they stopped their founding.

Details of the Privateer are expected to be announced at a conference called 'Advanced Maui Optical and Space Surveillance (AMOS) ' from September 14th to 17th, 2021.