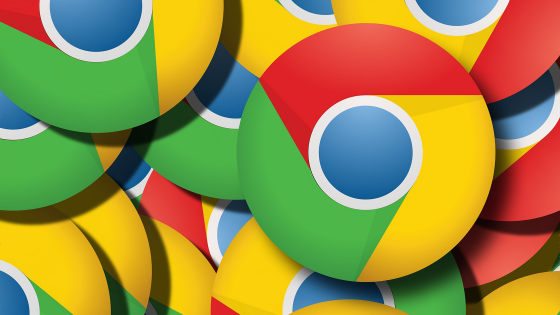 The user agent string is a string that allows the server to identify the OS, vendor, browser information, etc. when the browser accesses the website. The server sometimes displays a website or provides a service according to the user's environment, and the user agent string is used to make this decision. However, in recent years, it has been pointed out that user agent strings may be used as fingerprints for personal identification. Google plans to abolish cookies in Chrome to improve privacy, but announced in January 2020 that it will gradually abolish user agent strings as well.

Google plans to phase out user agent strings in Chrome-GIGAZINE 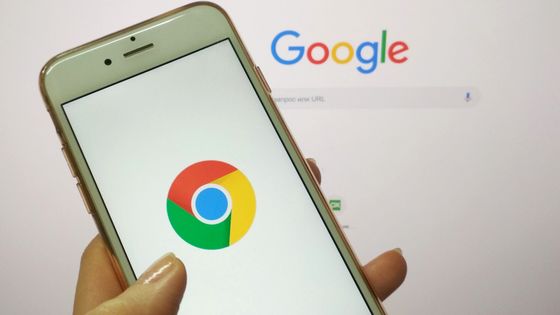 by by Tati Tata

On September 14, 2021, Google published a new article on Chrome Developers entitled 'Reduced User Agent Origin Trials .' In the article, Google's senior software engineer Ali Chivkura and others first said that Google used the information contained in the user agent string as 'browser name and major version,' 'desktop or mobile,' and 'the platform on which it is running.' I explained that we are making a new effort to limit it to only.

When the reduced user agent is applied, it affects the information available below.

Here's how to participate in the Origin Trial. 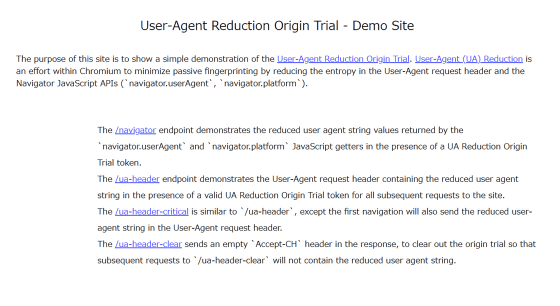 If you want to get more information than is shared by the reduced user agent, you need to move to the User-Agent Client Hints API.