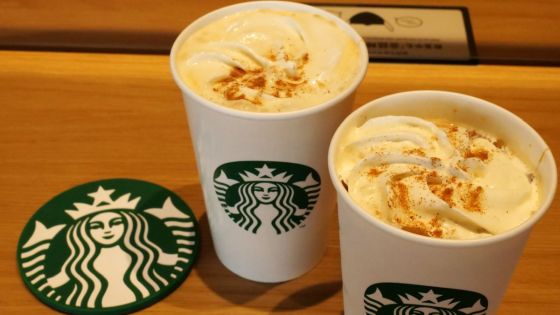 'Pumpkin Spice Latte ' using spices used for pumpkin pies such as cinnamon, ginger, nutmeg and cloves has appeared in Starbucks from September 1, 2021 (Wednesday). It is said that the pumpkin puree and whipped cream are combined with the flavor of spices to signal the arrival of autumn, so I actually drank it and checked the taste.

The fall of Starbucks to enjoy with spices is very popular in the United States and other Starbucks overseas! Autumn tradition 'Pumpkin Spice Latte' | Starbucks Coffee Japan

'#Pumpkin Spice Latte ' will be released for the first time in 15 years from 9/1 (Wednesday) ???? #PSL hashtag is a beverage that is loved as a standard autumn product by Starbucks overseas such as the United States ✈️ ?? ??
For My Starbucks members, we will also deliver new autumn product information. https://t.co/gOG9FUzX9v pic.twitter.com/VSBTvAvg9w 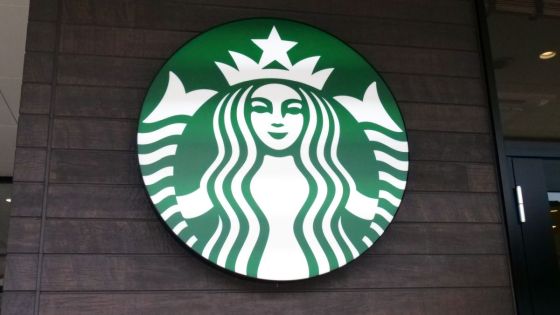 An illustration of 'Pumpkin Spice Latte' was drawn on the blackboard inside the store. There are two types of 'Pumpkin Spice Latte', hot and ice. This time I ordered both hot (left) and ice (right) in Tall size. 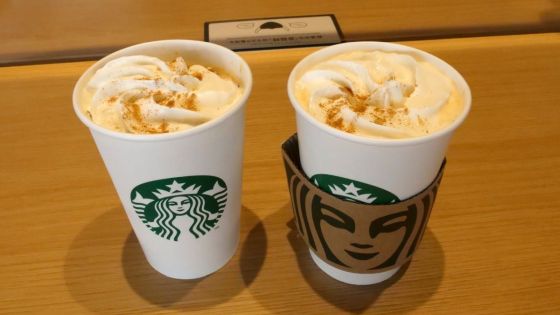 First of all, I will try drinking from the hot of 'Pumpkin Spice Latte'. Whipped cream and nutmeg are on top of the warm latte. 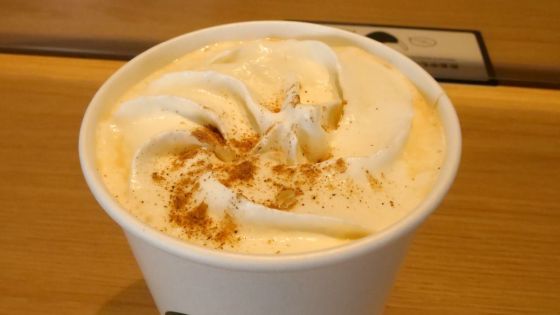 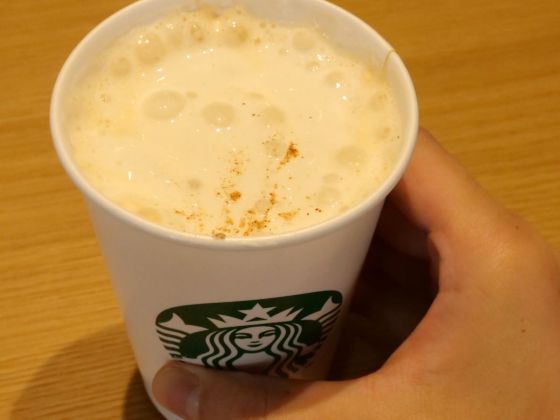 I was wondering what it would taste like if I mixed whipped cream and nutmeg into the latte, so I stirred it well with a muddler. 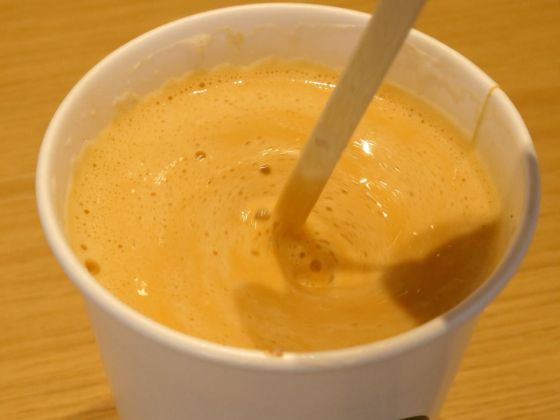 If you drink it in this state, the cream will make the whole mellow, and you can feel the sweetness stronger than when you drank it without mixing. However, the aroma of cinnamon and cloves will be weakened to the extent that you can feel it, so if you want to enjoy the flavor of spices, it is recommended to drink without mixing. 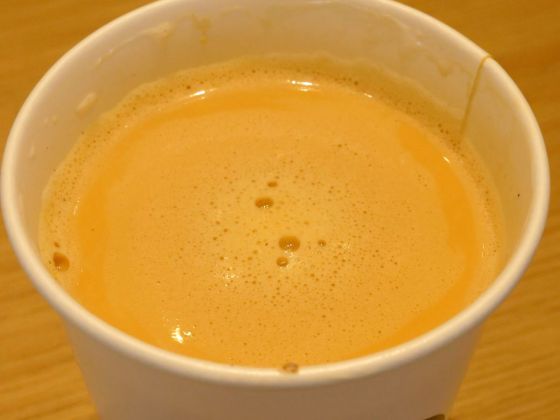 Next, try drinking the 'Pumpkin Spice Latte' ice cream. It looks almost the same as hot, but with ice cream you can see the ice glancing under the whipped cream. 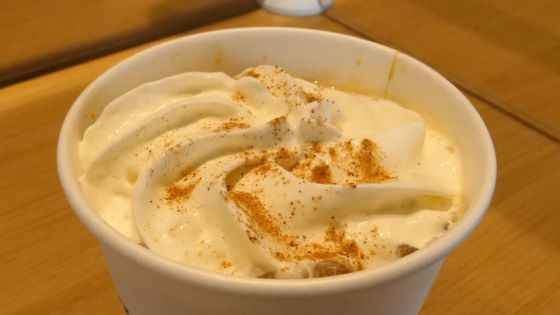 When I inserted a straw and drank the latte under the whipped cream, I felt the pumpkin flavor stronger than the hot one. On the contrary, the flavor of cinnamon and cloves is weak. Since it is chilled with ice, it has a refreshing taste with less sweetness than hot. 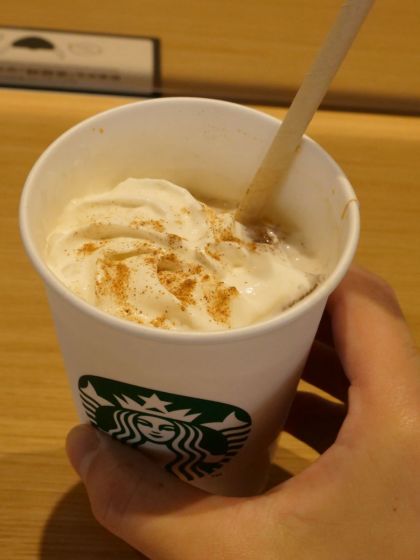 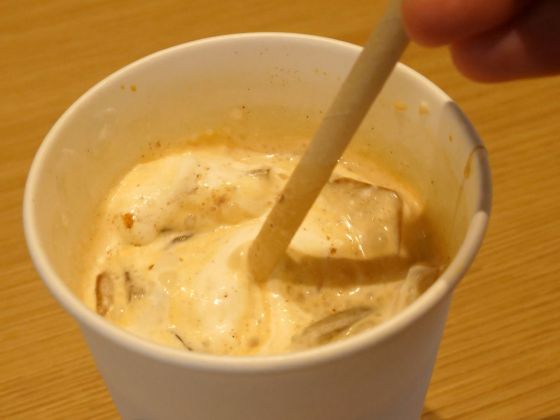 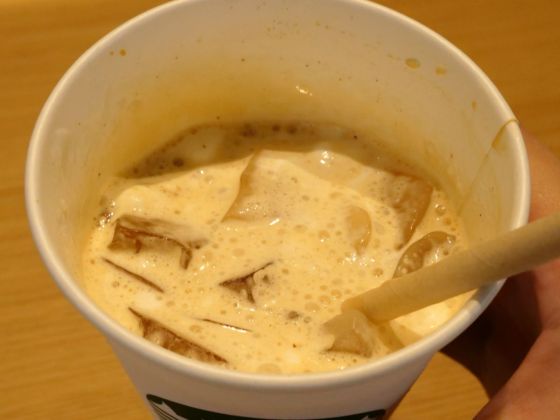