I tried to make bisque-style soup and samgyetang-style soup with 'StewP', a house food that makes soup dishes easy and quick. Everyone wants to eat delicious food, but when it comes to self-catering, people usually put in the condition that 'it should be as easy as possible'. Since that of the original soup called 'StewP (Shichupu)' to make a soup-based cooking is difficult to make in handy at home and crispy appeared from the house the food, the 'original bisque-like side dish soup' actually 'Sun I tried using ' Samgyetang-style side dish soup base'.

This is the new 'Stew P' from House Foods. The name is a combination of the two words Stew and Soup, and it is a soup base with a strong side dish color that is thicker. So, let's start with the ' bisque-style side dish soup base '. There are two retort pouches in the package. 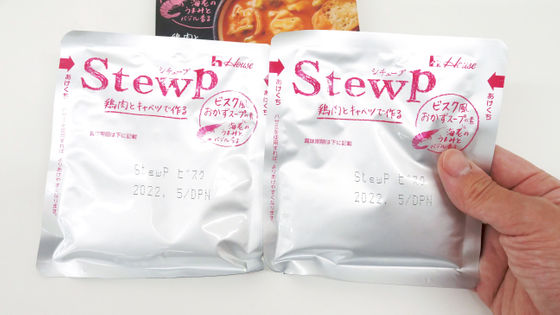 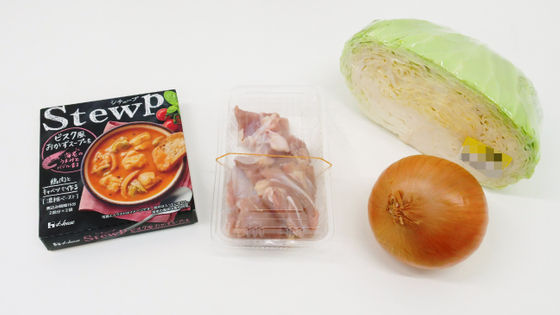 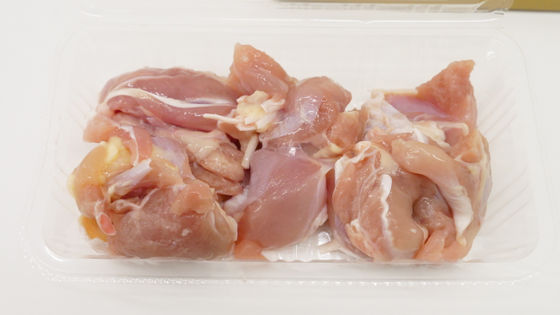 Cut the onion into 1 cm wide pieces and the cabbage into small pieces. 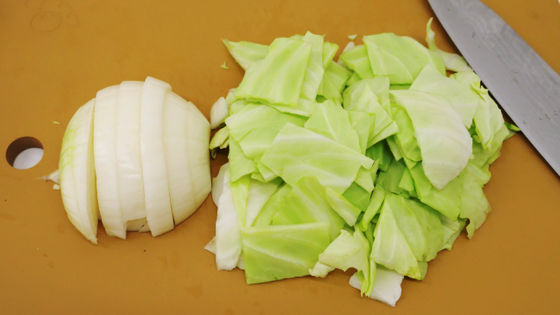 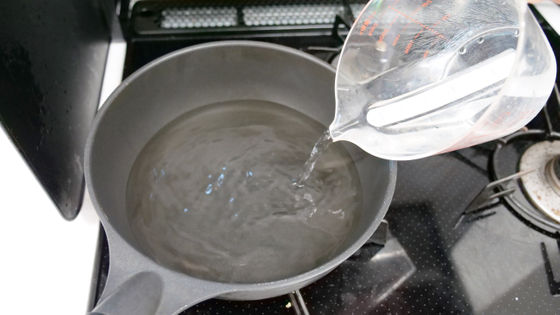 Add chicken, onions, and cabbage in that order. 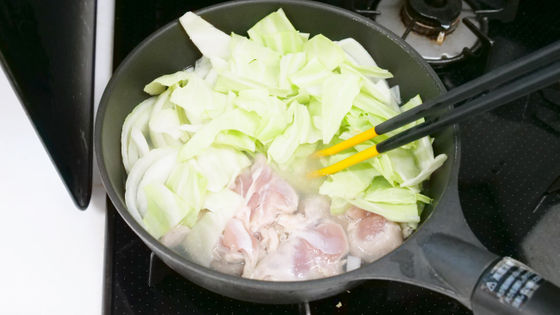 After boiling, simmer on medium heat for 10 minutes while removing the lye. 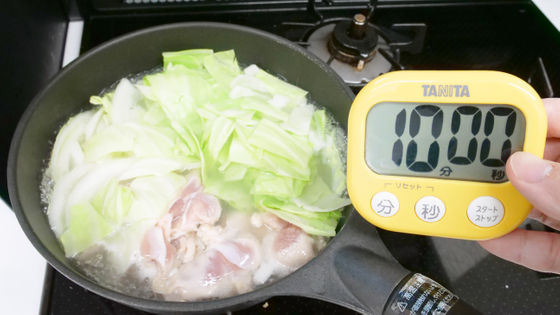 After 10 minutes, turn off the heat and add 1 pack of 'bisque-style side dish soup base' and 100 ml of milk. 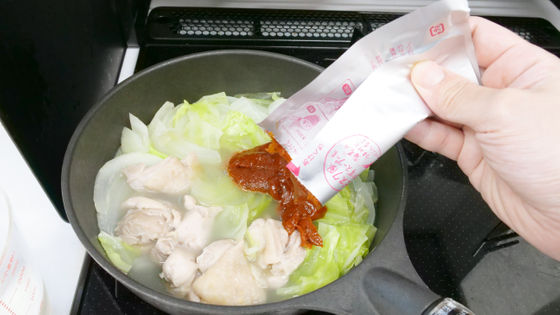 When it was melted well and then cooked again, the aroma of tomato and shrimp suddenly rose. After that, simmer for 5 minutes on low heat with occasional stirring ... 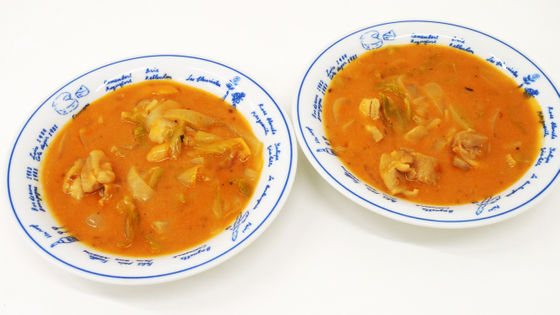 When I tried it, the taste of the shrimp was so overwhelming that it completely overwrote the taste of the base tomato. The soup had a stew-like drop, and the creaminess of the milk and the sweetness of the vegetables from the onions and cabbage that had been cooked to the extent that it was slightly crunchy were in harmony. 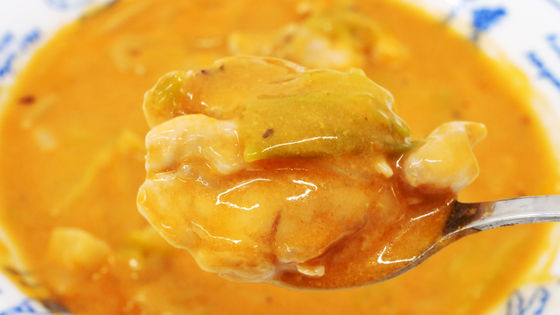 Next is 'Samgyetang-style side dish soup base'. 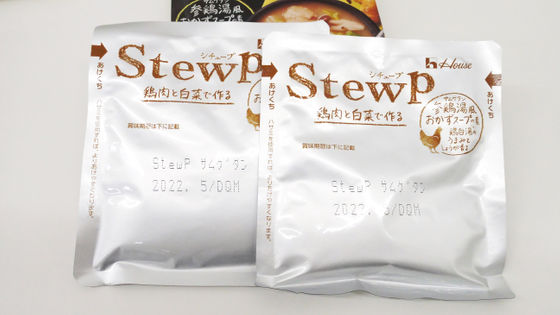 The necessary ingredients are 200g of chicken thigh, 100g of Chinese cabbage, and 50g of Bunashimeji. 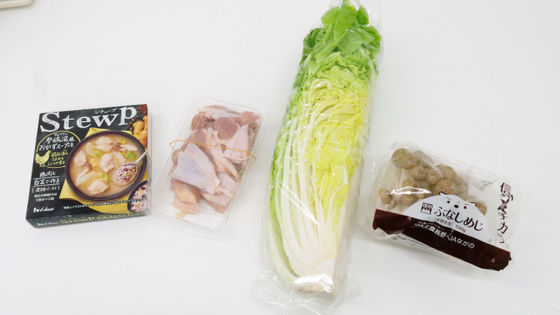 The chicken thigh is bite-sized. 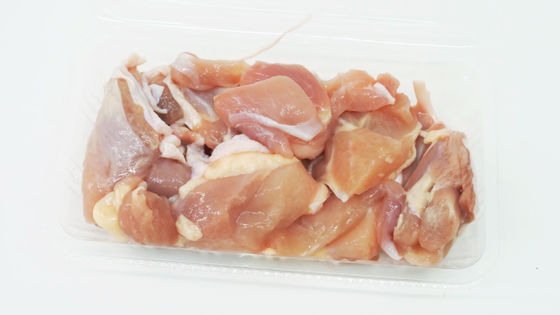 Cut Chinese cabbage into small pieces. Bunashimeji is not specified, but this time the fungus bed at the root is cut. 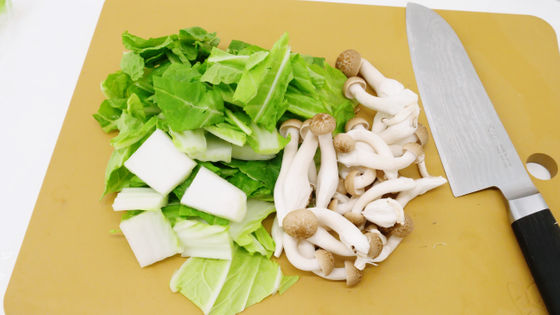 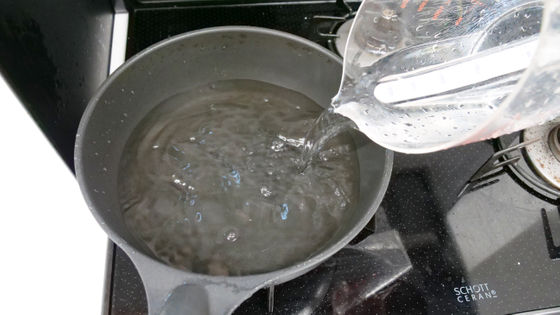 Add all the chicken thighs, Chinese cabbage, and Bunashimeji mushrooms. After boiling, simmer on medium heat for 10 minutes while removing the lye. After 10 minutes, turn off the heat and add 1 pack of 'Samgyetang side dish soup base'. Bring to a boil over heat, then simmer over low heat for 5 minutes with occasional stirring ... When I tried it, the umami of the chicken that melted into the thick soup was overwhelming. The flavor of ginger and star anise and the spiciness of chili peppers can be felt slightly, but the taste is overwhelmingly chicken and Chinese cabbage, and the taste seems to bring out the umami of the ingredients. The taste is quite strong, so it was a dish that made me want rice. 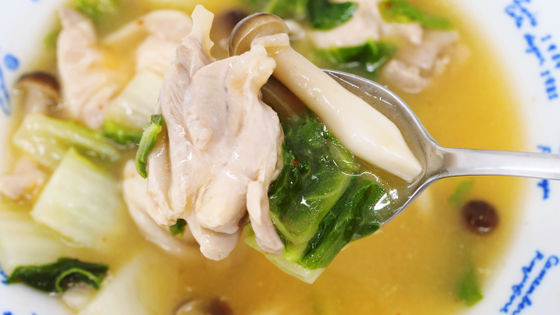