Toyota cuts automobile production to 60% due to stagnant parts procurement, some lines shut down for one month affects automakers due to a global shortage of semiconductors. Depending on the line, it will not operate at all in September 2021, and the production volume is expected to decrease from 40% to 60%.

Toyota to Cut Output as Chip Shortage Finally Catches Up to It --WSJ
https://www.wsj.com/articles/toyota-succumbs-to-chip-shortage-and-shuts-factories-11629372702

According to Toyota's planned shutdown from August 24 to September 2021, the affected lines will be 27 lines at 14 factories out of 28 lines at 14 factories in Japan. While there are cases where the operation is stopped only on September 3rd, such as the first line of the Toyota Body Fujimatsu Factory and the second line of the Toyota Body Yoshihara Factory, which produce the Land Cruiser 70. , Toyota Motor Motomachi Factory small-quantity line that produces Lexus LC and Toyota Motor Motomachi Factory Century Line that produces Century are scheduled to be completely shut down in September.

The cause of the outage is the stagnation of parts procurement due to the COVID-19 pandemic in Southeast Asia.

Already, as of April 2021, it was news that the shortage of semiconductors had a major impact on automakers. 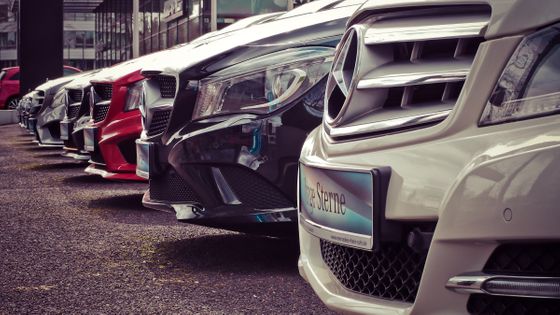 Intel has announced that it plans to produce chips for automobiles by diverting existing equipment without building a new factory.

Intel is planning to produce chips for automobiles, aiming to start production within 6 to 9 months --GIGAZINE Intel, NVIDIA, and TSMC executives predict that 'the global semiconductor shortage will continue throughout 2021', the worst prediction is 'will continue after 2023' --GIGAZINE