A glass-like material is developed that is hard enough to damage diamonds and is also a semiconductor. 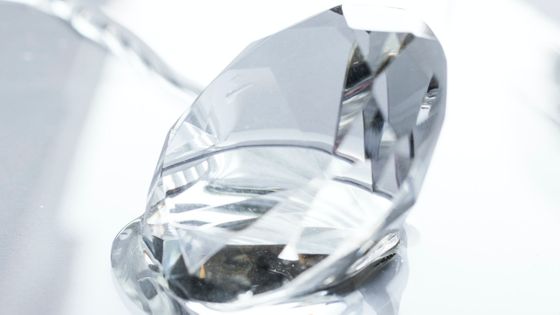 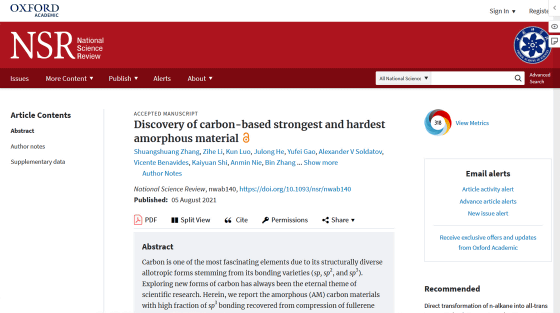 World's strongest glass can scratch the surface of a diamond
https://newatlas.com/materials/worlds-strongest-glass-scratch-surface-diamond/

Scientists Discover How to Make Glass So Hard, It Can Even Scratch Diamond
https://www.sciencealert.com/this-record-new-type-of-glass-is-so-hard-it-can-even-scratch-diamond

Diamond, an allotrope of carbon, is an extremely hard substance with a crystal structure in which each carbon atom is covalently bonded to four adjacent atoms. Due to its nature, diamonds are not only prized as jewelry, but also used as abrasives and cutters. Etc. In contrast to the diamond, substances that atoms and molecules are not arranged regularly is amorphous (amorphous) is called, the glass will also be included in the amorphous.

A research team at Yanshan University in China, which has been developing hard materials for a long time, aims to develop 'a glassy but extremely hard material' like a soccer ball composed of 60 carbon atoms. We conducted an experiment to crush the spherical molecule buckminsterfullerene. In the experiment, the research team applied an extreme pressure of 25 gigapascals (GPa) and heated buckminsterfullerene at a high temperature of 1000-1200 degrees.

Also, instead of putting Buckminsterfullerene in a high-pressure and high-temperature state at once, the heat and pressure were gradually increased over 12 hours, and then slowly cooled. Although there was a research team that crushed Buckminsterfullerene before, it seems that no team tried such extreme conditions because they were afraid that diamonds would be formed under extremely high temperature and high pressure conditions.

As a result, the research team succeeded in creating a glassy substance called 'AM-III'. The photo below shows AM-III, and when observed under a microscope, it has been confirmed that small crystal structures are mixed in the same disorderly arrangement of atoms as glass. 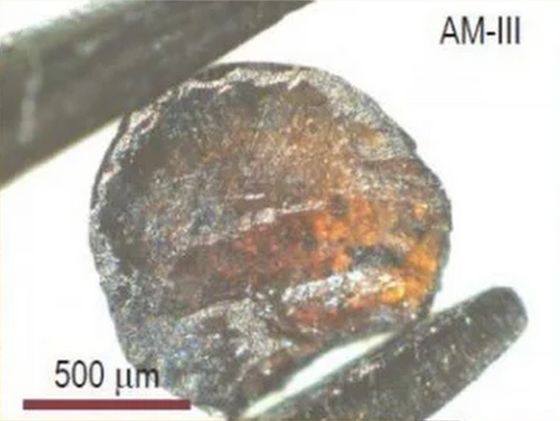 When the research team investigated the characteristics of AM-III, AM-III recorded 113 GPa in the 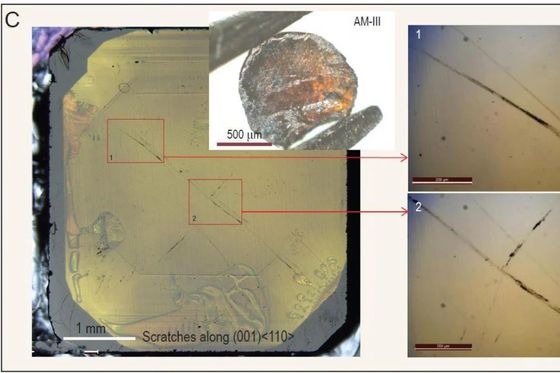 Although it is still difficult to produce AM-III to the point where it can be widely used in commercial processes, bulletproof glass made with AM-III is expected to be 20 to 100 times more robust than mainstream products at the time of writing. I am. Furthermore, AM-III is not only hard, but also a semiconductor with a bandgap of 1.5 to 2.2 eV, which is almost the same as silicon, and is suitable for use in devices that function under extreme conditions such as high voltage and high temperature.

The AM-III is also attractive because it can be manufactured in various shapes and sizes, and it is expected that it may be used for weapons and solar cells in the future.