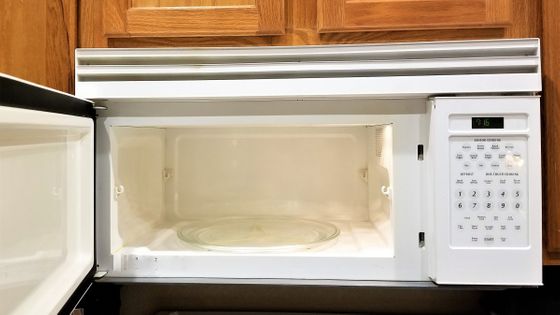 Coal, which is an ancient plant buried in the ground that has been altered by geothermal heat and pressure for a long period of time, has long supported industries around the world as an important fuel, but in recent years, the switch to renewable energy has progressed. The value of coal is declining. A research team at the University of Wyoming in the United States has developed a method for converting coal into more valuable graphite using a common microwave oven. Graphite is an elemental mineral composed of

carbon , which is also the main constituent of coal, and is used as an industrial lubricant and moderator for nuclear reactors. In addition, graphene, which is a single layer of graphite for one atom, has various properties such as excellent thermal conductivity and conductivity, so it is expected to be applied in various applications. is.

Research on the method of converting coal to graphite has been underway for some time, and the conversion involves 'high temperature environment', ' reducing atmosphere filled with reducing gas that has the property of depriving oxygen', 'catalyst', and ' microwave '. It was identified that factors such as 'radiation of coal' were necessary.

A research team at the University of Wyoming thought that these factors could be met 'in a typical household microwave oven,' and used a microwave oven to turn coal powder that had not been chemically pretreated into graphite. I devised a method to convert. 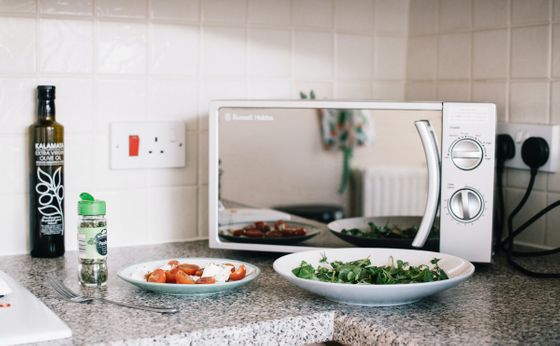 First, the research team cut a copper foil made by thinly stretching copper into a sheet, cutting it into a fork, and placing powdered coal on it. Then, the copper foil and coal powder were placed in a glass container in a reducing atmosphere with a mixed gas of

argon and hydrogen , sealed, and heated in a household microwave oven.

When heating was started in a microwave oven and microwaves were radiated, sparks were generated in the glass container, generating a high temperature sufficient to convert coal into polycrystalline graphite, and the coal was converted to graphite. 'By cutting a copper foil into a fork, microwave radiation triggers sparks that generate ultra-high temperatures of over 1800 degrees Celsius within just a few seconds,' said Christoffer Masi, the lead author of the paper. That's why you shouldn't put a metal fork in the microwave. '

In the experiment, the conversion efficiency was investigated by comparing the microwave irradiation time in the range of 3 to 45 minutes, and it was also found that the optimum microwave irradiation time was 15 minutes. The method of converting coal to graphite using a microwave oven seems to be cost-effective, and the research team thinks that by improving this method and scaling it up, it will be possible to produce even higher quality and large quantities of graphite. I will.