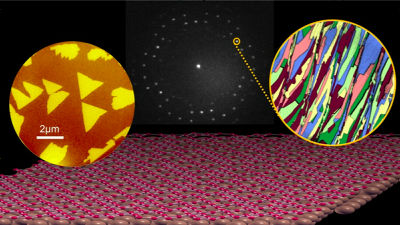 It has long been thought that it is theoretically possible to take a planar three-dimensional structure by bonding boron atoms to each other and creating regular hexagonal holes (holes) in the center. This allotrope of boron was actually confirmed in 2014, and in 2015 researchers who succeeded in synthesis appeared. This planar three-dimensional structure of boron is called "Borophene (borophen)" due to graphene formed by spreading carbon atoms in a plane. 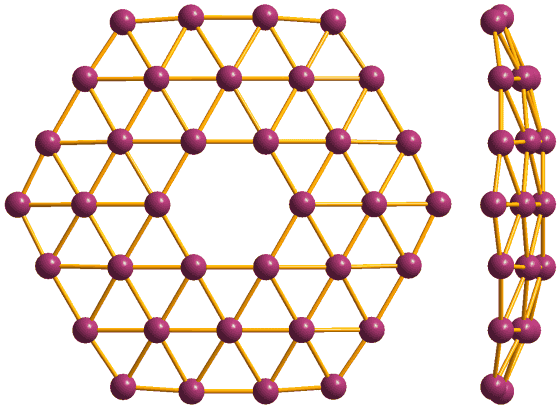 Just like graphene, it is a sheet-like borophane having only one atom thickness, but since the bonds between boron are stronger than the bonds between carbons, it has stronger mechanical properties than graphene. Borophane has not only a metallic nature but sometimes has superconductivity due to structural change, and as with graphene, its band gap is wide, so it is highly anticipated as a material for electronics. As expected from composite materials utilizing borophane, next-generation batteries such as solar cells storing large amounts of energy, extremely small and extremely fast transistors, durable filtration filters, extremely thin touch screens, etc. Are listed.

Potential electronic flexibility of borophane crystals has attracted the attention of scientists, but research teams such as Ivan Bosovich of Yale Energy Sciences Institute et al. Have reported that borophene crystals up to 100 microns on copper I succeeded in growing it to a large size. Copper has more strong interaction than borophane than silver which has been used in previous research and succeeded in forming larger crystals.

Real-time images in which borophane crystallizes are as follows.


Researchers have also confirmed that borophene has directionality because it crystallizes on copper. 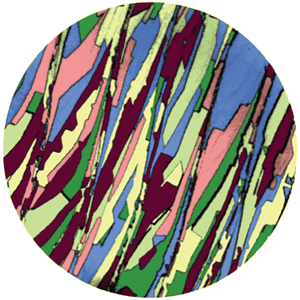 By changing the conditions of temperature and temperament, you can see how to adjust the orientation in which borophane crystallizes in the following movie.


Dr. Bosovic's research team has succeeded in growing crystals of borophane by changing the state of copper as a temperature or substrate, and each crystal grows and coalesces in a directional state He said that he succeeded in creating borophene crystals throughout a 1 cm square copper substrate. Dr. Bosovich's research team, which succeeded in creating a bolophene sheet with larger crystals coalesced by using copper unlike conventional silver, will continue to use the borowhen sheet from the copper surface to the substrate for the device Proceed to the next step of transferring. Ultimately, ultimate goal is to generate borophane in a state suitable for a specific application, such as achieving superconducting properties at room temperature.