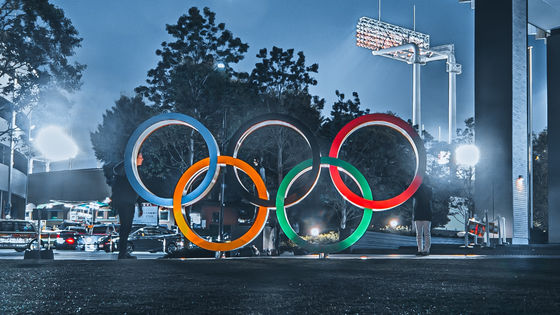 Based on the results of the voting held at the 125th IOC Session held in September 2013, Tokyo was selected as the host city for the 2020 Summer Olympics. At the time of the announcement, the voting results were read aloud by Jacques Rogge , then chairman of the International Olympic Committee (IOC). The scene in which he pointed the card with the words 'TOKYO 2020' at the camera became a big topic, and even a ' Roge Chairman Generator ' was created. 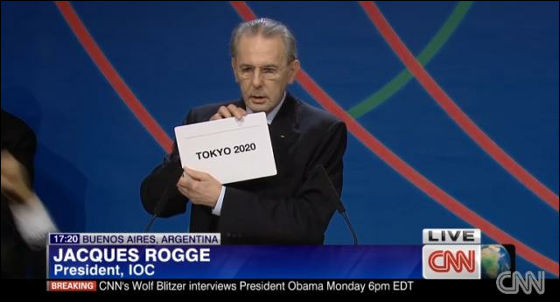 Initially, Tokyo estimated that the total cost of building a competition stadium would be about $ 7.3 billion due to the invitation to the event, but in the summer of 2020, an economist at Oxford University said, 'Tokyo is the development cost of the Olympic Games. as 158 $ 140 million to more than twice that spent (about 1.7 trillion yen) 'of the original estimate

In response to this report, the Tokyo 2020 Olympic and Paralympic Games Organizing Committee commented that the total cost reached 1,350 billion yen. On the other hand, a 177-page report prepared by the Tokyo Metropolitan Government Reform Headquarters, which checks the promotion system and costs of the Olympic Games, points out that it costs 'about 3 trillion yen', which is more than the Organizing Committee claims. I am. 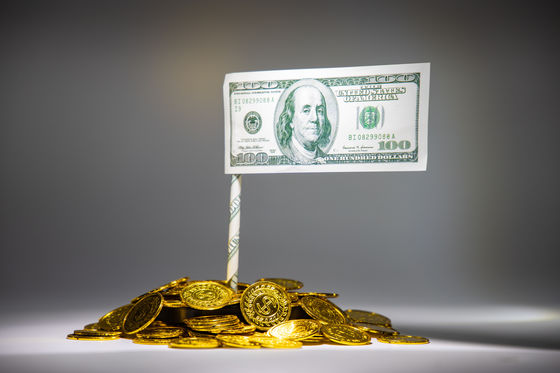 The Tokyo 2020 Olympics is a special case, and not only was the new coronavirus pandemic forced to postpone the event for a year, but the spread of the virus forced it to be held without spectators, which forced it to be held from overseas. Tourism demand is no longer available. However, Vox points out that the fact that the cost of hosting the Tokyo 2020 Olympics is rising is 'one of the trends in the recent Olympics.'

paper published by Oxford University economist Bent Flyvbjerg , all Olympics since 1960 have exceeded their original budget, with an average final cost of 172% of their original budget. It is said that it has swelled up to. 'There is a problem with the bidding format for the bid to host the Olympics,' said Flyvbjerg.

In addition, the economic effects of hosting the Olympics include various factors such as 'improvement of infrastructure,' 'invigoration of trade after the hosting,' 'investment from overseas,' and 'increased tourism demand.' The focus is on the long-term benefits of. In addition, the increase in employment in the host country due to infrastructure development is also considered to have a positive impact on the economy. Regarding the long-term economic effects of infrastructure development, he said, 'In many cases, it will not succeed.' It is explained that the cause is the divergence of facilities.

Matheson told Vox, 'There will be 35 sports at the Olympics (339 at 33 sports at the Tokyo 2020 Olympics), most of which are fairly vague and many require very specialized sports infrastructure. Therefore, most host cities do not maintain the infrastructure (competition equipment) used at the Olympic Games, and even if it remains, it is rarely used. ' He pointed out that the cost of holding the event was bulky and the economic effect was reduced.

In fact, many of the facilities that were the venue for the 2004 Athens Olympics have been left unused, and the Beijing National Stadium, commonly known as the 'Bird's Nest,' which was the main venue for the 2008 Beijing Olympics. It hasn't been used as a venue for sporting events for over a year since the Olympics, and was reported to be becoming a nuisance to Beijing. The bird's nest has been partially converted into an apartment and has been decided to be used as the venue for the opening ceremony of the 2022 Beijing Olympics. Hosting the Olympics has not only economic benefits, but also intangible benefits such as 'being proud of the residents of the host country,' but it is difficult to quantify them. There is no doubt that the various sports that will be played at the Olympic Games will make people excited and will be a great pride for the host country, but 'Still, the cost of hosting the Olympic Games cannot be justified from an economic point of view. It's clear enough that it's becoming a thing, 'Vox points out.

Another problem is that the number of countries raising their hands to invite the Olympics is decreasing due to the rising costs of the Games. In 2015, a vote was held regarding the bid to host the 2022 Winter Olympics, but four of the six candidate sites that were initially bid for were withdrawn before the vote. Also, when the vote for the bid for the 2026 Winter Olympics was held in 2018, the four candidate sites again announced their withdrawal in the middle of the bidding. A major reason for the withdrawal is the financial burden on the locals.

The financial success of the Los Angeles Olympics has led many cities to raise their hand in hosting the Olympics since then, and as a result the IOC encourages plans to make higher investments. As a result, the current 'form of the Olympic Games, which requires investment that is not commensurate with the economic effect,' has been completed.

In fact, a lot of investment has been made to host the Tokyo 2020 Olympics, and Stephen Billings, an economist at the University of Colorado at Boulder, said, 'Because of the bid for the Olympics, cities will benefit from hosting the Olympics. We are spending far more money. '' We are building a dedicated venue for the new basketball 3x3 in Tokyo. It seems that we couldn't use a regular basketball venue. ' In addition, while the IOC will make a profit from advertising revenue throughout the Olympic Games, the Olympic Organizing Committee will be exposed to various problems such as investment in infrastructure, negotiations with local governments, and ticket sales. As a result, the IOC is sometimes accused by some experts as a 'commercial cartel.'

Another option is to host the Olympic Games in a well-developed location to avoid political and economic conflicts within the IOC, saving the enormous cost of the venue. However, the IOC said, 'Excluding developing countries from the host country is the opposite of the Games' mission and is unacceptable,' as it would presuppose that the Olympic Games would be held in a well-equipped 'richer country.' '. On the other hand, the IOC has never hosted the Olympic Games in low-income countries.

Finally, Vox said, 'While the Tokyo 2020 Olympics are being held, the IOC continues to make huge profits from TV broadcasting rights and advertising revenue, so it is inevitable that we will pay for the holding. , It is none other than the Japanese citizens of the host country, 'he said, pointing out the problems that exist in the profit structure of the Olympic Games.