'Version 2 Wapper ', a bunless burger full of vegetables with plenty of vegetables sandwiched with patties made only from plants, has appeared in Burger King from Friday, August 6, 2021. It is said that it is a dish that you can directly enjoy the taste of 100% vegetable patty baked on an open fire, so I actually tried it and checked the taste. 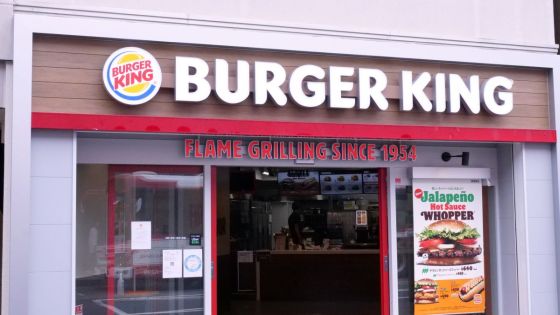 I ordered 'Version 2 Wapper' for takeout and brought it back. 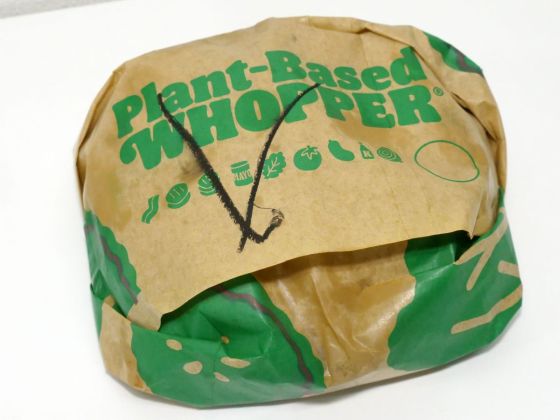 The 'Version 2 Wapper' looks like this. There is no vance, and two patties sandwich the ingredients. The surface of the patty has a dark brown texture. The diameter is about 9 cm. The thickness was about 4 cm. 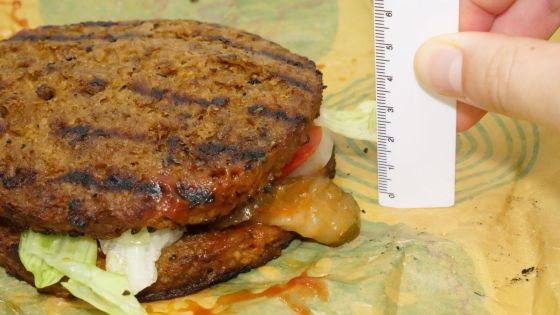 Even if you observe the patties up close, you can't see the shredded vegetables, and it looks like you're using real meat. However, although you can feel the scent of grilled meat, you cannot feel the scent of meat, so you can tell that it is something other than meat. When I turned the patty over, the back side was not browned and the sauce was not applied. Lettuce, tomatoes, onions and pickles are sandwiched between the two patties. Mustard and ketchup were applied along with the ingredients. When you actually eat it, you can feel the taste of the patty baked on an open fire first because there are no buns unlike a normal whopper. Patty has a feeling that only the texture of the meat is reproduced, and there is no juiciness of the meat or sweetness of fat. However, since the ingredients that are familiar to hamburgers such as ketchup, tomatoes, and pickles are sandwiched between the direct fire grilling method, which is a characteristic of whoppers, the overall taste is close to that of normal whoppers. 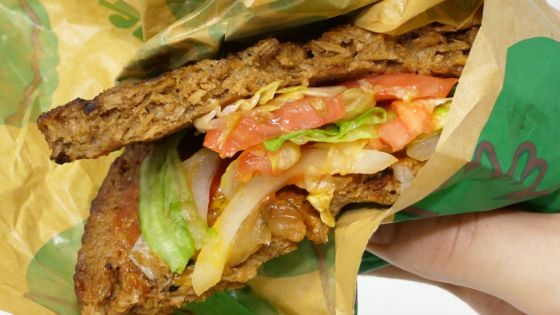 Patty has a dry texture, but since it is sandwiched with plenty of moist ingredients such as tomatoes and onions, it is not 'dry and difficult to eat'. However, the lack of buns emphasized the flavor of the patty that was grilled on an open fire, so there were some parts that felt burnt due to overcooking.