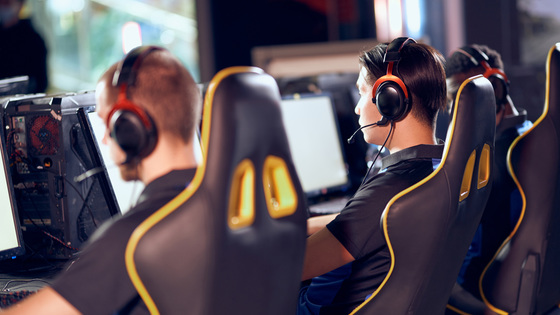 Intel, a worldwide Olympic partner of the International Olympic Committee (IOC), has over 1200 drones unveiled at the venue's 5G network and opening ceremony at the Tokyo 2020 Olympics, which began on July 23, 2021. We provide various technologies such as a light show by Intel. The Washington Post reports that Intel is holding the e-sports world competition ' Intel World Open ' with the backup of the IOC.

Intel World Open is a prize-winning esports competition organized by Intel under the name of 'Official esports event partner for the Tokyo 2020 Olympics', online from May 15, 2021 to July 21, just before the opening ceremony of the Olympics. It was held and a total prize of 500,000 dollars (about 55 million yen) was set.

The Intel World Open was originally scheduled to take place in 2020 at Zepp DiverCity , adjacent to one of the Olympic venues, Aomi Urban Sports Park. However, due to the pandemic of the new coronavirus, it was postponed with the Olympics and will be held online. 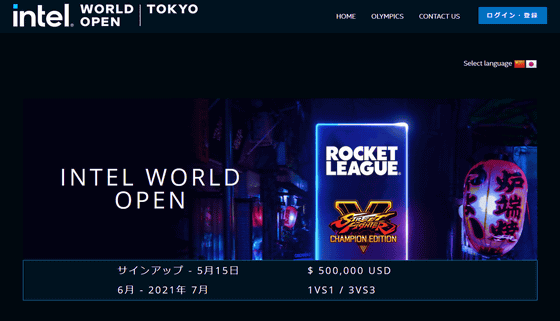 At the Olympics, there is a move to adopt esports as a formal event . Although e-sports was not adopted at the 2024 Paris Olympics, which was expected to be the first official event, the IOC launched the official e-sports event ' Olympic Virtual Series (OVS)' in April 2021. Announced. Held from May 13th to June 23rd of the same year, OVS was the first ever Olympic-licensed e-sports tournament, with five official events: baseball, cycling, rowing, sailing, and motorsports. rice field.

However, this OVS is not an established popular event in the esports world, but merely a virtual experience of real sports in games. The IOC did not use popular titles such as 'Street Fighter V, ' ' Counter-Strike: Global Offensive, ' ' League of Legends, ' and ' Dota 2 ' that have been used in previous esports competitions in OVS. It is said that he thinks that violent games are incompatible with the values of the Olympic Games. In fact, in 2018, IOC President Thomas Bach said, 'A game that kills people doesn't fit the values of the Olympics.' 'Every battle sport has its origins in human fighting, but sports call it' civilization. ' If e-sports include a 'killing game,' it doesn't match the values of the Olympics. ' 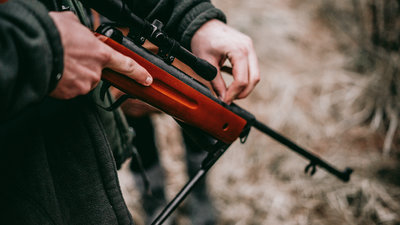 In addition, two titles, 'Street Fighter V' and ' Rocket League, ' were adopted for the Intel World Open event. Although the FPS title, which was criticized as violent, was not adopted, this is the first time that the Olympic Games have adopted two popular titles in the e-sports world.

'By preparing multiple titles for the Intel World Open event, we were able to increase the excitement and participation in the community,' said Marcus Kennedy, general manager of gaming and e-sports at Intel. The communities of 'V' and 'Rocket League' are completely different, 'he said.' By preparing one-on-one competitions and team competitions, we should have a range that can be linked to the message of the entire Olympics. Anyone can participate in this tournament, 'he said in an interview.

According to Kennedy, Intel plans to hold a world esports competition in conjunction with the 2022 Beijing Winter Olympics and the 2024 Paris Olympics, similar to the Intel World Open. Prior to this, Intel has partnered with the German esports operator Electronic Sports League (ESL) to operate esports.

'We are looking for a compromise on how big the event should be, without significantly impacting the player's experience,' said Bastian Weiser, director of partner management at ESL. It's different, but in the end I was able to hold the Intel World Open without canceling, so I'm really glad. '

'The market for esports is very difficult to make money. Intel World Open is not for the purpose of making money, but to show the gaming community that Intel is a leader in esports. It's an event. '