Even collectors don't know why Super Mario 64 was priced at 170 million yen. 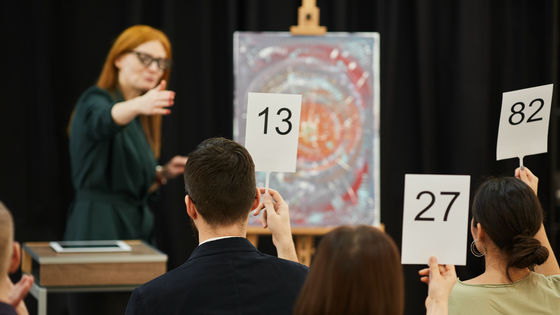 In July 2021, an unopened item of 'Super Mario 64' was put up for auction and sold for $ 1.56 million (about 170 million yen). This is a new record of 'the highest bid in the history of single game software', but the previous record was just released in July 2021, and some people were surprised at the succession of high bids, but I am surprised. It seems that not only ordinary people but also game collectors are the same.

Collectors are as confused as you are about that $ 1.56M Super Mario 64 sale | Ars Technica In October 2019, the auction winning price for a single game software was the first unopened item of 'Super Mario Bros.' to record 6 digits ($ 100,150, about 11 million yen in Japanese yen). Since then, there has been an agreement among collectors that 'it will eventually reach seven digits ($ 1 million, about 110 million yen).'

However, many collectors were shocked by the fact that 'Super Mario 64' set a new record for the highest bid.

For example, in the case of 'The Legend of Zelda' unopened item, which was sold for 870,000 dollars (about 96 million yen), one before the successful bid amount record issued by 'Super Mario 64', 'among the earliest products' The point was 'one'.

The unopened 'The Legend of Zelda' won the bid for about 96 million yen, and the highest price in the history of a single game software will be updated again --GIGAZINE 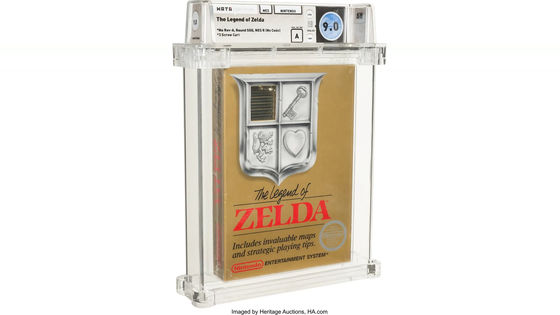 However, although 'Super Mario 64' is a popular game, it is not a work that is treated as a milestone in the history of game software, and many other unopened items of software have been confirmed, 'Other It's not a one-of-a-kind item that you wouldn't have in. Specifically, it seems that the highest bid for unopened items of the same 'Super Mario 64' was 38,400 dollars (about 4.2 million yen) before this auction.

According to news site Ars Technica, Video Game History Foundation director and retro game store owner Kelsey Lewin said, 'I've always understood the logic behind what's going to be overpriced, but for the first time,' 'Why is it expensive?' Seems like something I don't understand. '

On the other hand, some people take such price movements as a matter of course. One reason is that more money is spent collecting video games. The other is that collectors who were active in different genres, which are different from conventional collectors, are starting to work in this field.

For conventional collectors, value judgment was focused on 'whether this software is meaningful as a milestone', but collectors who have been involved in other than game collection so far are 'whether it is unopened or not'. Put emphasis on 'ka'. For example, the value of coins and cards varies greatly depending on whether they are unused or beautiful. This way of thinking was brought to game software, and as a result, multiple collectors who moved to get the best unopened items on the market appeared and collided at the auction, 'the highest bid ever. The forehead is born.

In addition, Mr. Jim, a collector who has also exhibited himself at the Heritage Auction, where the unopened item of 'Super Mario 64' was sold at the highest price in history, is the result of the addition of a new 'Millionaire Collector' to the auction. States that it was $ 1.56 million.