Apple has restricted the distribution of iOS apps to its own app store, the App Store, which is being investigated as a possible violation of antitrust laws. Apple has explained that installing apps via the App Store enhances user privacy and security, but the Vice-Chairman of the European Commission (EC) warned. 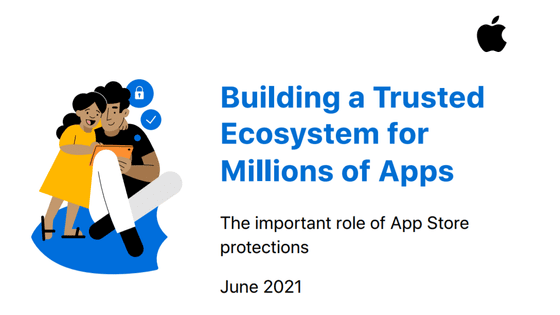 In this regard, EC Vice-Chairman Margrethe Vestage said in an interview with Reuters that 'privacy and security are important to everyone,' but 'importantly, it should be a shield for competition. That's not the case. We believe that even if a user is using another app store or sideloading it, it should not give up security and privacy. ' This appears to be a warning against Apple's use of the logic of 'security and privacy' to justify its app store operations.

'I've said it a few times before, but when a provider offers a service, everyone has the same preference, like'whether you want to be tracked from outside your app's use.' So it's nice to be able to set it up easily. '' So far, there's no reason why it doesn't apply to Apple, 'Vestage said. For this reason, it is believed that Apple's new privacy measures are not subject to antitrust investigations at the time of writing.