Discovered fossils of 'unknown humans' 140,000 to 120,000 years ago, and may have had cultural exchanges with modern humans 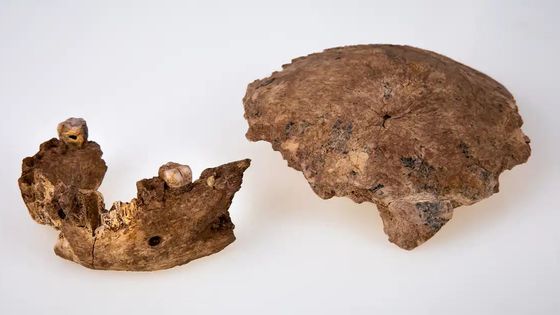 at the 'Nesher Ramla Ruins' near Ramla , Israel, by research teams such as Tel Aviv University and Hebrew University in Israel. Announced that it belongs to an 'unknown human being' that had not been classified before. Called the research team 'Nesher Ramla Homo, ' the human race has similar biological characteristics to the Neanderthals and has cultural interactions with Homo sapiens. It is also reported that there may have been.

A Previously Unknown Type of Ancient Human Has Been Discovered in The Levant
https://www.sciencealert.com/scientists-have-found-hints-of-a-previously-unknown-type-of-ancient-human

'Homo' who? A new mystery human species has been discovered in Israel
https://theconversation.com/homo-who-a-new-mystery-human-species-has-been-discovered-in-israel-163084 The fossil in question was excavated at the Neschel Ramla site by Dr. Yossi Zaidner and others at the Hebrew University, and was found along with animal bones and stone tools from a point 8 meters below the ground. The fossil consists of a part of the calvaria, which is the round part of the upper half of the skull, and the mandible, which includes molars with almost complete roots, and the research team estimates that it is 140,000 to 120,000 years old. Did.

The research team used software to virtually reconstruct the fossils found and compared them with various human fossils found in Europe, Asia, and Africa. As a result, it was found that the mandible and molars had characteristics similar to those of Neanderthals, but the calvaria had characteristics of the genus Homo, which was older than that of Neanderthals. It has also been pointed out that the bones were thicker than the Neanderthals and early Homo sapiens. 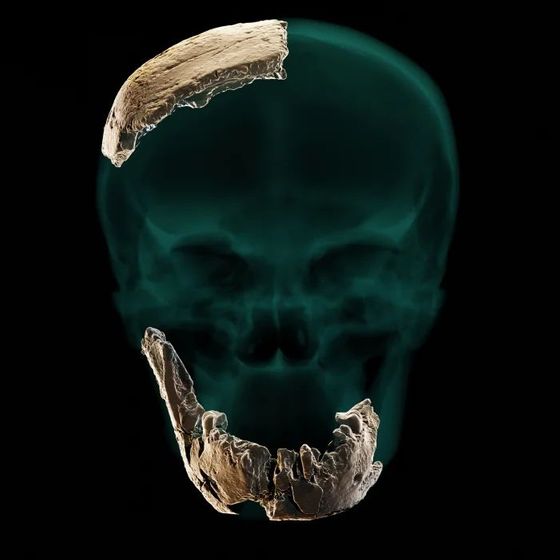 eastern Mediterranean coast (Levant), including Israel, but this fossil is neither. It indicates that it lived in the same area at the same time. The research team named the fossil 'Nesher Ramla Homo' and speculates that it may be the last Homo genus to live in the area for about 400,000 years.

It was once said that Homo sapiens left Africa around 120,000 years ago, but in 2018 Homo sapiens is believed to be 194,000 to 177,000 years ago in the Misria Cave in Israel. In recent years, evidence of advancing to Levant about 200,000 years ago has been gathered, such as the discovery of fossils of. 'This is an amazing discovery,' said Dr. Zaidner. 'I never imagined that the archaic genus Homo, along with Homo sapiens, roamed the region later in human history.'

No DNA could be collected from the fossils of Nesher Ramla Homo, but the team believes the findings have important implications for filling the 'blank piece' in the evolution of the genus Homo. Previously, the Neanderthals were thought to have originated in Europe and were speculated to have moved south to reach Levant as it cooled. However, the findings cast doubt on conventional theories and suggest that Neanderthal ancestors have lived in Levant for as long as 400,000 years, said Professor Israel Hershkovitz, an anthropologist at Tel Aviv University. 'Our findings suggest that the Neanderthals of Western Europe are the survivors of the larger population (Nesher Ramla Homo) who lived in Levant, and not the other way around.' ..

The researchers speculate that not only did Homo sapiens and Nesher Ramla Homo live in the same area for tens of thousands of years, but there was also cultural interaction. The stone tools excavated with Neschel Ramla Homo are said to have been made by the 'Levallois technique', which cuts out rocks to make pointed flake tools, which was made by Homo sapiens at the same time. It is the same as a stone tool. The Ruvalois techniques actually used for both stone tools are indistinguishably similar, and the research team believes that there was a cultural interaction between the Nesher Ramla Homo and Homo sapiens populations.