The theory that 'Native American ancestors are Japanese' is denied Past research focusing on the similarities between stone tools excavated in the United States and Jomon stone tools has proposed the theory that 'Isn't the ancestor of Native Americans Japanese?' However, a new study comparing Native American and Jomon fossils provided evidence to overturn this theory.

Full article: Peopling the Americas: Not “Out of Japan”

A study published in 2019 pointed out that the stone tools excavated in the United States about 15,000 to 16,000 years ago are very similar to the stone tools of the Jomon period in Japan. It is also known that the Beringia of this era was closed to ice, and the land route connecting the Eurasian and North American continents was difficult for humans to move. From this point of view, archaeologists argued, 'Are the Native American ancestors people who came by boat from Japan?' 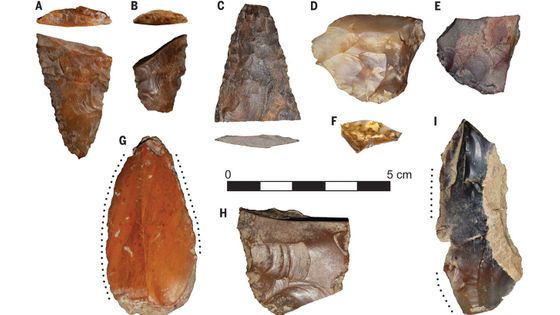 According to Professor Richard Scott of the Faculty of Anthropology at the University of Nevada, Reno, the theory that Native American ancestors are Japanese is widely accepted by archaeologists. However, Professor Scott and his colleagues, who were not convinced by the idea that 'the stone tools are similar and therefore have the same origin,' set out to test the dogma. 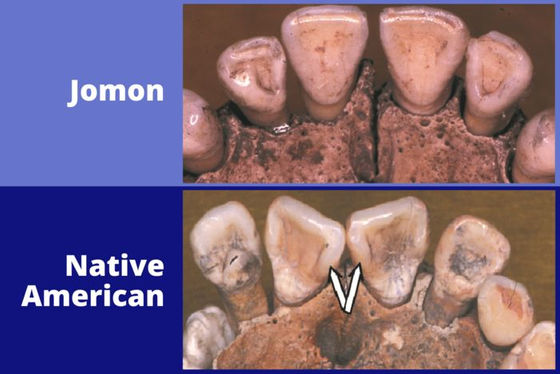 From a comparison of tooth shapes and analysis of genes collected from teeth, Professor Scott said, 'It is unlikely that the Jomon people who lived in Japan 15,000 years ago originated from Native Americans. Skeletal. Neither nor genetically, the connection between the two regions was shown. We do not disagree with the theory that ancient Native Americans came via the northwestern Pacific coast, but the idea that they originated from the Jomon people. I disagree with you. '

However, the finding of 23,000 years ago in the midst of the Ice Age in New Mexico, USA, gives no consensus on when humans arrived in North America. In this regard, Professor Scott commented, 'There are not many archaeological sites in the Siberian region, so we cannot say exactly about the origin of Native Americans at this time.'