Why are semiconductor factories that require large amounts of water built in the desert areas of Arizona? 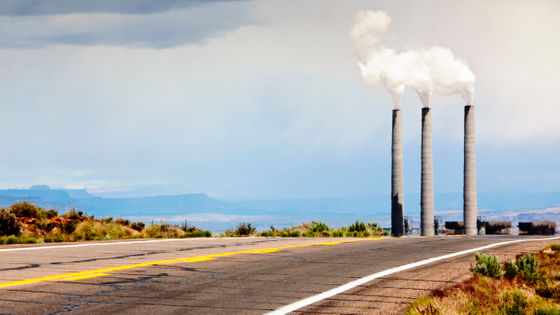 Semiconductor giants Intel and TSMC have

There are two main reasons why major semiconductor manufacturers are building factories in Arizona. The first is an environment where there is less rain and the risk of natural disasters is low. Arizona's annual rainfall is only 13.6 inches (about 345 mm), which is about a quarter of the annual rainfall of 50 to 60 inches (1270 to 1524 mm) in the southern United States where Arizona is located. Due to these weather conditions, Arizona is said to be one of the areas in the United States where the risk of hurricanes and tornadoes is particularly low. Another advantage is that solar power generation is thriving due to the long daylight hours, and it is easy to obtain renewable energy. According to Ars Technica, in Arizona, about 5.2 million kW, which is about 5% of the total electricity, is covered by solar power generation. In addition, low rainfall and sparse vegetation have the advantage of less risk of wildfires, and Arizona is considered to be a region with few earthquakes.

No matter how few natural disasters there are, if it doesn't rain and the water supply is unstable, it seems to be disadvantageous for operating a semiconductor factory that requires a large amount of water. In fact, it has been pointed out that in Taiwan, where TSMC is at its knees, water shortages can adversely affect semiconductor production.

What is the impact of Taiwan's water shortage on the world's largest semiconductor foundry 'TSMC'? --GIGAZINE However, the newly constructed semiconductor factory is focusing on water reuse, so the impact of water shortage is small. Regarding the actual state of water use in semiconductor factories in recent years, Glenn O'Donnell of Forrester, a market research company specializing in technology, said, 'Semiconductor factories strictly recycle water, it seems to be an indoor pool in a closed facility. 'and description have been. In addition, the company has announced that it will be able to regenerate 937 million gallons (about 3,546 million liters) of water annually when Intel's 15 water reclamation projects in Arizona are completed. It is expected that the amount of water used will be a net plus, that is, it will be the supplier rather than the water.

And another reason is 'human factor'. The Arizona government is actively promoting the development of an institutional environment to attract industries in the state, and universities in Arizona are also focusing on semiconductor-related education. Intel also entered Arizona shortly after its founding and has employed a large number of employees in Arizona for over 40 years. 'The recent announcements by Intel and TSMC have paid off with the support of many organizations, including the federal, state, and local governments,' said O'Donnell on the industry-government-academia semiconductor production environment in Arizona. Said.