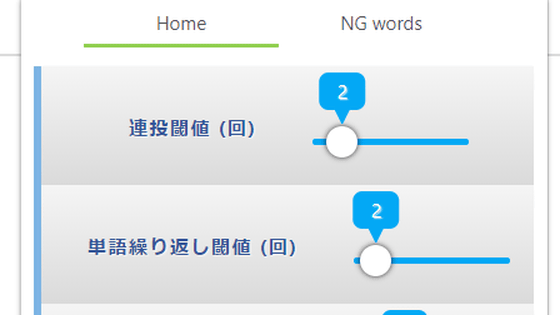 Anyone can easily perform live streaming and watch other people's live streaming on YouTube etc. anytime, anywhere. However, Internet activities are accompanied by obstruction due to unwilling vandalism. Livestreaming often posts comments that interfere with or offend others' viewing. The Chrome extension ' modekun' developed by @ mchi27 is a tool that automatically hides the vandalism comments that occur in YouTube livestreaming, and is useful for people who often watch livestreaming.

modekun is distributed free of charge on the following pages of the Chrome Web Store. 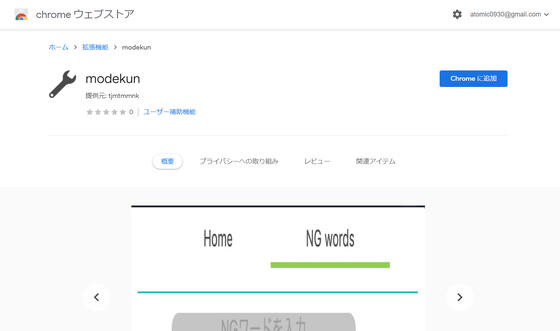 According to @ mchi27, vandalism of livestream comments can be roughly divided into the following four types.

modekun supports 1, 2, and 3 types of the above. When the number of times a comment is thrown or the same word is repeated exceeds the set threshold, the comment is hidden. 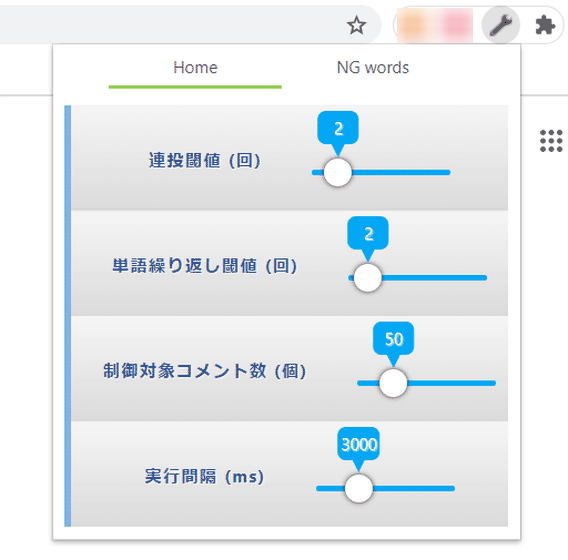 You can also set the number of comments to be controlled and the analysis execution interval. 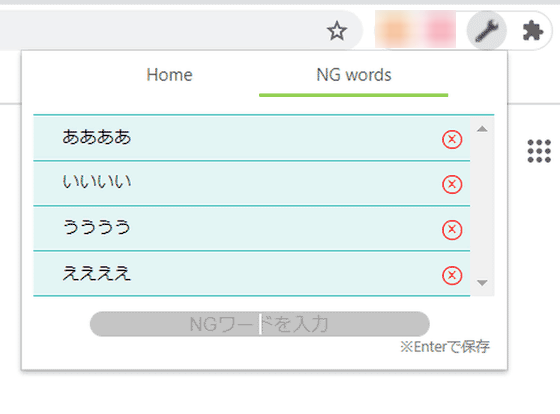 Since the data is processed only on the browser, it will not be uploaded to an external server. modekun is compatible with YouTube and Mildom at the time of article creation.

According to @ mchi27, measures are taken to count duplicate comments by the same user for 1 and hide it when the threshold (Ichichi) is exceeded. Also, it seems that 3 is hidden if it contains a pre-registered NG word.

However, for the second type of vandalism, if a system that simply counts the frequency of occurrence of repeated words is used, particles such as 'ga', 'o', and 'ha' may also be subject to regulation. Therefore, @ mchi27 seems to respond by applying kuromoji.js, which implements Japanese morphological analysis with JavaScript, and counting the frequency of appearance by focusing on nouns, verbs, adjectives, and interjections.

The source code of modekun is available on GitHub.