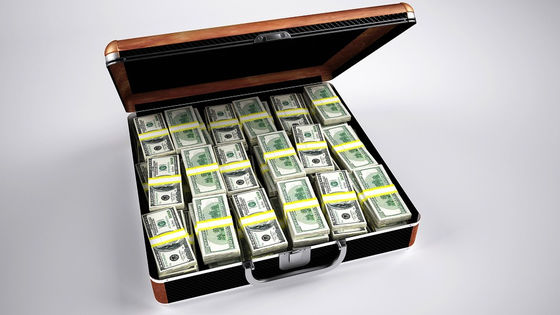 It turns out that Colonial Pipeline, the largest oil pipeline company in the United States, which had been

shut down due to a ransomware attack, paid more than $ 5 million (about 548 million yen) as a ransom. The Colonial Pipeline was attacked on May 9, 2021 local time. There was concern that if the Colonial Pipeline, which has a total length of more than 8,000 km on the east coast, would be shut down for a long period of time, it would have a major impact on people's lives .

The attack was carried out by a cybercriminal group called 'Dark Side'. The group is roughly divided into a group that develops tools and a group that receives and attacks the tools, and the developers 'do not want to cause problems in society, just want to make money' 'This time the attack group Goal selection mistake ' .

Colonial Pipeline resumed operations on May 12, 2021. It was not initially clear how the problem was resolved, but Bloomberg and others were told by officials that a ransom of about $ 5 million was paid. understood.

Colonial Pipeline asked Mandiant, a cybersecurity company, to handle this issue. Mandiant commented, 'We will not pay directly to the group that has been attacking the ransomware on behalf of the client,' while admitting that the Colonial Pipeline could also take the 'pay ransom' option. I am.

In addition, National Security Adviser Anne Neuberger told reporters that although it was not a direct reference to the matter, in the past the FBI 'paid a ransom to encourage malicious activities of the attacking group. I have warned that I might do it. '