What is the threat of 'fake satellite imagery' created by deepfake? 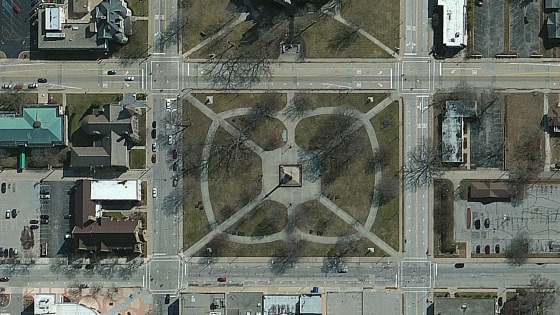 'Deepfake, ' a technology that can easily synthesize and create celebrity facial photos and sounds using AI technology, is dangerous because it can generate fake news and affect various fields such as economy and politics. It has been pointed out. Bo Zhao, a professor of geography at the University of Washington, talks about the dangers of 'AI-generated satellite images,' which primarily affect the military side. Fake satellite images generated by AI are used to shed hoaxes about natural disasters such as wildfires and floods, and to reduce the authenticity of actual satellite images. 'Fake satellite imagery can trick military planning software into taking troops to routes that don't really exist,' said Todd Myers of the National Geospatial Intelligence Agency. He pointed out the danger of being mixed with information and becoming indistinguishable. The strategy of including disinformation in maps has been used for a long time, dating back to mythical maps created

during the Paleo-Babylonian era around 2000 BC. Since then, it has been used for maps used for wartime propaganda and for ' Trap Street ' that identifies unauthorized copies of maps.

Zhao says the first step in tackling the problem of satellite imagery becoming unclear is 'to make people aware that there is a problem in the first place.' While many geographers talk about the benefits of technology through AI such as deep learning, Zhao says, 'Few people publicly talk about the potential threat of deepfake.' 'People are aware of the impact of satellite imagery.' It is important to have them raise their awareness. '

Zhao and colleagues created software that uses hostile generation networks to generate fake satellite images, and software that distinguishes fake images from characteristics such as texture, contrast, and color, but the technology to generate deepfake. Is evolving day by day, so it is said that the situation like that is continuing.

'It's important to be software prepared for deepfake, but most importantly, to increase literacy against disinformation,' Zhao said.