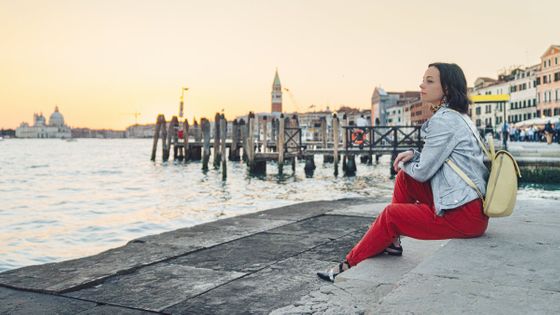 Living in a densely populated city is known to have a

negative impact on mental health, and cities are also known to have a variety of environmental factors that can cause mental illness. Based on these research results, in recent years it has been noted that spending time in nature has a positive effect on the mind and body, but in a new research, 'living near the waterside' has a positive effect on mental health. It turned out that.

Mechanisms of Impact of Blue Spaces on Human Health: A Systematic Literature Review and Meta-Analysis
https://www.mdpi.com/1660-4601/18/5/2486

Living near water can be beneficial to your mental health – here's how to have more blue spaces in cities
https://theconversation.com/living-near-water-can-be-beneficial-to-your-mental-health-heres-how-to-have-more-blue-spaces-in-cities-150486 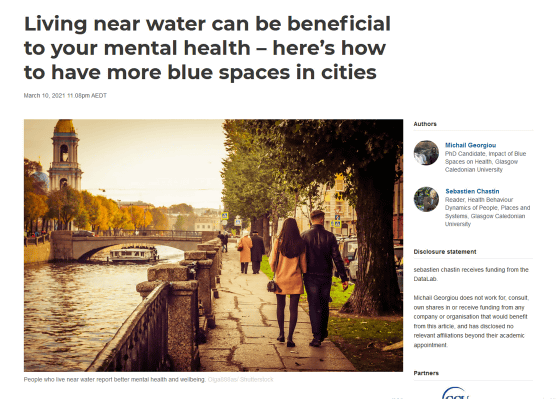 While the positive effects of contact with nature on health and mental state have been found, research results show that children raised in places with easy access to green areas are less likely to suffer from mental illness, and living in places with a lot of nature and parks. Studies have shown that it is less likely that you will be sleep deprived. While many studies have focused on green areas, in recent years the benefits of 'living near the water's edge' have also been attracting attention.

Some people may associate the word 'waterside' with the coastal area near the sea, but even inland cities have lakes and ponds, and many cities are close to the waterside in the form of canals and rivers. Therefore, the research team systematically reviewed and meta-analyzed 50 studies extracted from six databases to investigate the benefits of living by the water on mental and physical health.

Analysis has shown that a waterside environment near the home significantly increases the level of physical activity, increasing people's mood and psychological well-being while reducing stress and anxiety. The results of this study are consistent with previous studies investigating the effects of living on the waterfront.

In addition, in a study investigating the impact of the waterside environment constructed through VR on people, people found that the waterside reproduced in VR space was 'energetic,' 'attractive,' and 'preferably preferable to an artificially created environment.' It is also known that we feel that, and it is suggested that the waterside may affect through the latest technology such as VR. The research team wants to investigate how the waterfront affects people as the next area of research. It is thought that the waterside not only has a positive effect on the mind and health, but can also improve human problems by reducing temperatures and air pollution. While many early studies have shown the health benefits of living on the waterfront, the question facing cities is 'how do we deliver a waterfront environment to our inhabitants?' Since it is not realistic for many people to move to the coast, the research team is focusing on regenerating the 'canals' that once connected the cities.

For example, Birmingham , an industrial city in the United Kingdom, has canals used for coal transportation, but in many cases access to the canals was blocked by skyscrapers and fences. It has also been pointed out that abandoned canals can cause environmental problems such as plastic waste and harm biodiversity.

Birmingham has been working on revitalizing the canal throughout the city for the past few years, and is taking measures to attract people to the canal, such as arranging cultural facilities and sports facilities around the canal. By regenerating this abandoned canal network, not only can it have a positive impact on health and psyche, but it can also improve the city's resilience to water level control and climate change, the researchers said. ..